When most think back with fond memories of the Toronto Blue Jays, it’s a recollection of the 1992-1993 World Series Champion teams. Although the Blue Jays were the best team in baseball those years, it was the culmination of years of hard work that got them there.

For this week’s Flashback Friday, we take a look back at the famous “Drive of ’85”, also known as the Toronto Blue Jays first AL East division title and first taste of the postseason.

As an expansion team that came to fruition in the late 70’s, expectations were extremely low for the Blue Jays in the early years. They lost 107, 102 and 109 games respectively during their first three years in the league, but things began to gradually improve in the early 80’s.

1985 was the first year in which the Toronto Blue Jays truly assembled a winning team as they captured a franchise-high 99 wins; a mark that still stands to this day. Under manager Bobby Cox, the Blue Jays spent a total of 135 days in first place in the AL East in 1985.

The 1985 Toronto Blue Jays were perhaps the most-well rounded squad in Blue Jays history. They could hit (as they owned a .269 batting average which was good for second in MLB), they could pitch (with a staff ERA of 3.31), and had a number of exceptional defenders.

Rather than one standout star, the Blue Jays possessed a number of talented players; four All-Stars in the form of Damaso Garcia, Ernie Whitt, Dave Stieb and Jimmy Key, as well as Silver Slugger honours for George Bell.

In lieu of going through the entire season game by game, here are a few standout points from the Drive of ’85 and the Toronto Blue Jays 1985 season.

The combination of George Bell, Lloyd Moseby and Jesse Barfield still stands to this day as arguably the best outfield alignment in Toronto Blue Jays history.

In George Bell, the Blue Jays had a future AL MVP under their belt and a phenomenal hitter. With Lloyd Moseby, his ability to steal bases and patrol centre field was incredible. And with Jesse Barfield, there was one of the best outfield arms in baseball and a future home run king.

What’s better than having one MVP candidate in the outfield? How about two? On the backs of strong seasons from opposing sides of the outfield, Jesse Barfield and George Bell finished 7th and 8th in American League MVP voting.

Bell, Moseby and Barfield were truly the holy trinity of Toronto Blue Jays outfielders, and their contributions during the 1985 season played a huge part in the Blue Jays success. The funny thing is, neither of the three outfielders had their best seasons statistically in 1985.

Give the man credit … there was nobody who utilized platoons better than Bobby Cox.

Cox employed several platoons on the roster; a combination of Ernie Whitt and Buck Martinez at catcher, Rance Mulliniks and Garth Iorg at third base, and a four-headed platoon at DH with Jeff Burroughs, Len Matuszek, and later on Al Oliver and Cliff Johnson.

Mulliniks and Iorg combined to be a quite formidable third baseman team against lefties and righties as they hit a combined .303/.373/.460 during the 1985 season.

Whitt and Martinez traded duties behind the plate depending on the starting pitcher, and the DH role saw many incarnations during the 1985 season. During the latter stages of the season, the acquisition of Al Oliver and Cliff Johnson supplanted Jeff Burroughs and Len Matuszek.

At the time, it may have seemed like a bit of a waste of a roster spot or two, but if he wasn’t able to find a position player that could hit both left and right-handed pitching, Bobby Cox cobbled a platoon system that maximized his efforts.

The Terminator Takes Over

The back end of the Blue Jays bullpen was an issue during the 1984 season; the team basically used a closer by committee, with 6 different players amassing saves. So Pat Gillick went out and acquired Bill Caudill to solidify the closer position.

Prior to arbitration, Caudill signed the richest contract in Toronto history; a three year/$4.55 million dollar contract, with the potential to reach a total of $6 million with bonuses. Should it be any surprise the deal was brokered by Scott Boras?

With the closer title bestowed upon him, Bill Caudill proceeded to struggle out of the gate, but lowered his ERA to 3.10 by August. However, consecutive bad outings from Caudill convinced Bobby Cox to turn to Tom Henke as his new closer; and thus, “The Terminator” was born.

Henke was called up by the Blue Jays in late July and was quickly throw into the fray as Toronto’s new closer after just two appearances. Even though he only appeared in 28 games, Henke somehow managed to garner some Rookie of the Year and even MVP votes.

Tom Henke supplanted the high-priced Bill Caudill as the Blue Jays new closer; a position he would not relinquish until the end of 1992 when he left as a free agent. The Blue Jays eventually released Caudill during the third year of his contract.

Finally, they had done it. On October 5th 1985, the Toronto Blue Jays secured the AL East division title and punched their ticket to the playoffs for the first time in franchise history. After eight years of disappointment, they were the beasts of the American League East.

One of the lasting images that many will remember from the Drive of ’85 is George Bell and Tony Fernandez embracing in the outfield as Bell secured the final out of that game. The look on their faces was happiness personified.

What followed was the beginning of what can only be described as a tragic run by the Blue Jays; they would proceed to lose the ALCS to the Kansas City Royals after having a commanding 3-1 lead over KC going into Game Five.

While it would have been tremendous to see the Toronto Blue Jays in the World Series in 1985, they proved a lot of the doubters wrong by winning the pennant nine years after breaking into baseball as an expansion team. A core of talented young position players steadied by a solid rotation would get several more chances.

The 1985 AL East title was just the first of many more historic moments to come for the Toronto Blue Jays.

Images courtesy of Toronto Star and “The Drive of 85” Booklet

Ian Hunter
Ian has been writing about the Toronto Blue Jays since 2007. He enjoyed the tail-end of the Roy Halladay era and vividly remembers the Alex Rodriguez "mine" incident. He'll also retell the story of Game 5 of the 2015 ALDS to his kids for the next 20 years.
Tags : Drive of 85     Flashback Friday     George Bell     Tony Fernandez 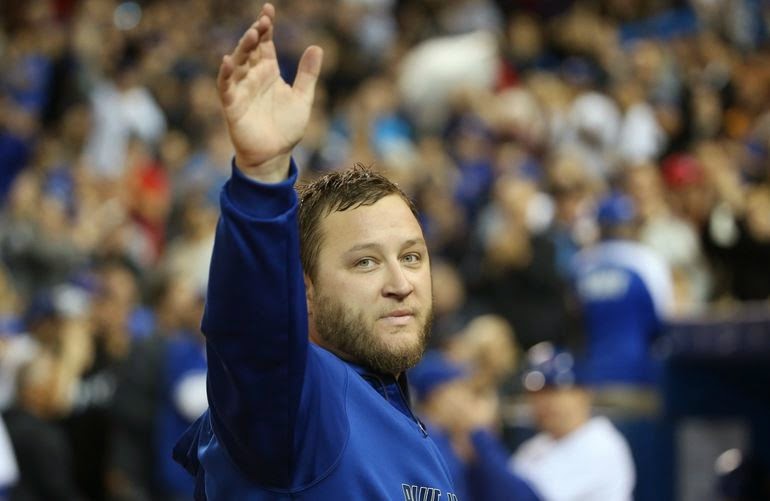 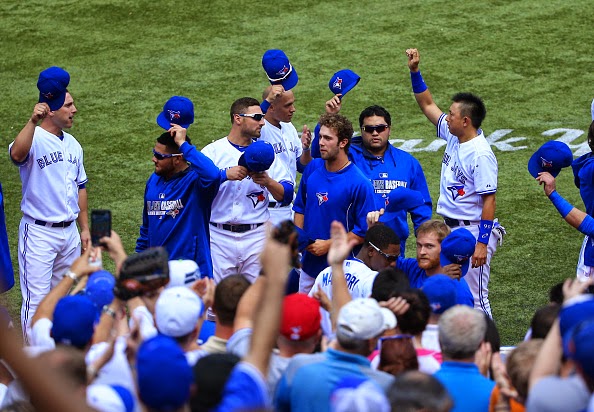 A Postmortem on the 2014 Toronto Blue Jays