Every great team has a rallying cry. One great phrase that the entire group of teammates adopts as their mantra. Something that can encapsulate the entire season all in one simple phrase.

For the 1992 Toronto Blue Jays, it all stemmed from some off-the-cuff remarks by Dave Winfield, which proved to be the quintessential phase which the team and fan base adopted as their rallying cry.

Of course, I’m talking about those three simple words: Winfield Wants Noise; the focus of this week’s Flashback Friday at BJH.

In the year 1992, expectations were certainly high for a Blue Jays club that captured a division title in 1991 but failed to advance beyond the ALCS. In their defense, they ran into a really good Minnesota Twins team, but that didn’t stop the Blue Jays from bolstering their roster in the offseason.

The two prized pickups by the Blue Jays prior to the 1992 season were Jack Morris and Dave Winfield. At 41 years old, Dave Winfield was hoping to secure his very first World Series ring, and signing with the Blue Jays looked like a sure bet.

At grateful as Winfield was to play for a contender in the late stages of his career, he noticed something was a little lacking in the city of Toronto. It wasn’t that fans weren’t coming to games (they would eventually set the new attendance record in 1992), it was the fans that did show up to Blue Jays games, weren’t very … engaged.

Keep in mind, the Blue Jays were the New York Yankees of their day. The Jays were perennial contenders year after year and typically sought after the biggest free agents. By 1992, they had won four division titles in seven years.

So as the Blue Jays were in the midst of a pennant race in September of 1992, Dave Winfield decided to take things into his own hands.

Winfield spoke to Jim Proudfood of the Toronto Star and implored Toronto Blue Jays fans to “make some noise” and to help cheer them onto victory.

“When you sit on the bench, the players have about the same drive and enthusiasm as the fans. It’s almost like they don’t want to make more noise than the spectators.

There’s a lot that can be done in terms of raising the excitement level, and it’s an element we’re going to need. And I’m not proposing anything illegal or disruptive.

I’ll give you just this one instance. At the right moment, put a short clip on the giant television screen of a guy making a tremendous play. Seeing it will incite him. It’ll incite the fans. And if it’s a hitter, say, the other side’s pitcher is going to be distracted a little. Keep this up and pretty soon you’ve got the people aroused.”

Winfield also explained his plea to Blue Jays fans in this interview with Mike Dunsmore.

“We were coming into the playoffs … and the ballpark was seemingly silent until we undertook some action and scored some runs.

But I said in the playoffs, instead of a level playing field, we needed a home field advantage. That’s where we needed noise before it happens.”

Dave Winfield’s plea must’ve struck a chord with the fans because it wasn’t long before they responded. Blue Jays fans ramped up the decibel level at the Skydome during home games, and fans even fashioned their own “Winfield Wants Noise” signs.

In the following home games throughout the regular season and playoffs, noise was never an issue. Not only did fans continue to come to the Skydome in record numbers, but after Winfield’s prompting, they were louder more boisterous than ever.

In many ways, what we’re seeing at the Rogers Centre these days is a reflection of those Skydome crowds from the early nineties. Blue Jays fans today are louder than they’ve ever been, and in many ways … it’s all thanks to Dave Winfield.

Here he is at the 1992 World Series parade at the Skydome belting out his signature phrase from the 1992 season.

Minor Leaguer at Bluebird Banter also has a great write-up with a few interesting tidbits on the history of “Winfield Wants Noise”.

Ian Hunter
Ian has been writing about the Toronto Blue Jays since 2007. He enjoyed the tail-end of the Roy Halladay era and vividly remembers the Alex Rodriguez "mine" incident. He'll also retell the story of Game 5 of the 2015 ALDS to his kids for the next 20 years.
Tags : 1992 World Series     Dave Winfield     Flashback Friday 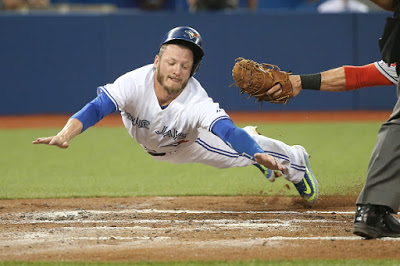 GIFS: Josh Donaldson Scores On a Sac Fly to the Second Baseman 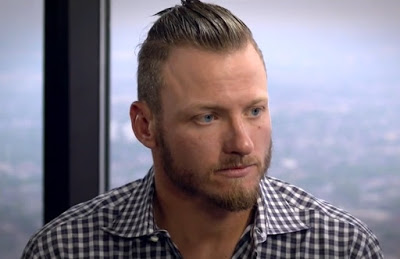