Flashback Friday: Marco Scutaro Steals Second Base on a Walk

In baseball, they always talk about the “heads-up play”; taking opportunities when they’re presented and allowing your baseball instincts to take over. It’s thinking and acting on the fly when the other team isn’t.

So in honour of Marco Scutaro’s retirement, for this week’s Flashback Friday we’ll take a look at the quintessential heads-up play; the time Marco Scutaro stole second base immediately after drawing a walk.

The game took place June 18th 2009 as the Toronto Blue Jays took on the Philadelphia Phillies. Marco Scutaro faced Joe Blanton and drew a leadoff walk in the top of the third inning. Scutaro took his base, but that’s when he decided to take one more.

On his trot down the first base line, Scutaro makes several glances towards second base and notices that both Jimmy Rollins and Chase Utley were completely oblivious to him. So Marco Scutaro did what any astute ball player would do and headed for second base.

It wasn’t until he was about halfway to second that either Rollins or Utley noticed what was going on, and by then it was too late. Marco Scutaro slid into second base with his Little League style steal of second base.

That play would prove to be costly for the Phillies as Scutaro would eventually come around to score and the Blue Jays would win the game by a score of 8-7.

Much like a fake intentional walk, this may be the kind of play that somebody can only get away with once in a blue moon. But if they can pull it off, it absolutely makes the other team look like they’ve fallen asleep at the wheel.

This play in particular just reiterated how Marco Scutaro always did the little things right. In retrospect, Scutaro may have been one of the more underrated Blue Jays players in recent memory … even if he did only spend two seasons in Toronto.

Thanks to Greg (@coolhead2010) for this week’s Flashback Friday suggestion. If you have something you’d like to see in a future installment, let me know on Twitter @BlueJayHunter or send an email to bluejayhunter@gmail.com.

Ian Hunter
Ian has been writing about the Toronto Blue Jays since 2007. He enjoyed the tail-end of the Roy Halladay era and vividly remembers the Alex Rodriguez "mine" incident. He'll also retell the story of Game 5 of the 2015 ALDS to his kids for the next 20 years.
Tags : Flashback Friday     Marco Scutaro 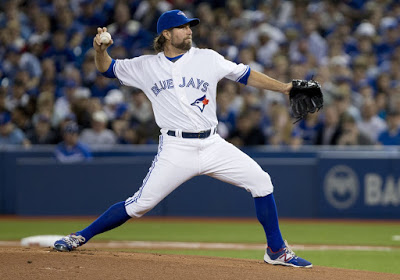 R.A. Dickey and the Dome Effect 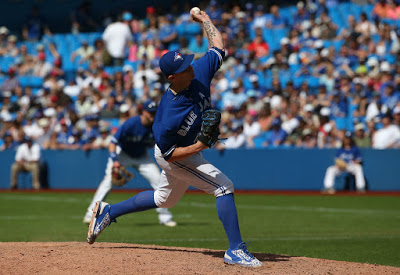 3 Up 3 Down: Cecil, the Jays/Orioles Rivalry, and the Starting Rotation