Before the Anthony Gose era even had a chance to begin in Toronto, it’s already over.

The Blue Jays made a trade at the eleventh hour by shipping Anthony Gose to the Detroit Tigers for prospect Devon Travis. In doing so, they effectively pulled the parachute on another of their prospects in hopes the return for him will perform greater.

At first blush, this trade feels like a win for the Blue Jays. They give up one of the players competing for an outfield position next season, and in return they receive the Detroit Tigers top-ranked prospect by Baseball America.

And yes, the thing about prospects is … they will break your heart, as evidenced with Anthony Gose.

For many years, Anthony Gose came with the pedigree of being a high impact outfielder, but judging by the trade, it appeared he reached his maximum potential with the Blue Jays. Instead of reaching his ceiling, Gose simply bottomed out.

At times, Gose displayed the qualities of star centre fielder; he covered a tremendous amount of ground in the outfield, he possessed blistering speed on the basepaths, but ultimately Anthony Gose was best suited as a fourth outfielder.

Gose had ample opportunities to win the centre fielder’s job and simply couldn’t hold it down for an extended period. And he was given a tremendous about of rope because wasn’t really any other outfielder on the depth chart with the ability to overtake Gose as next in line for the Blue Jays’ starting centre field position.

With the sudden emergence of Dalton Pompey as viable outfield options, that suddenly made Anthony Gose dispensable to the Blue Jays.

Gose logged 202 games over the past three seasons, but at times his inexperience was very evident on the field. Baserunning blunders, not being able to get a bunt down and failing to get the ball back to the infield were just a few of the bad habits Anthony Gose developed over the past few seasons.

I don’t think the Blue Jays grew tired of that per se, but those qualities may have been an indication of Anthony Gose’s inability to learn and develop as a Major League baseball player.

Gose quickly developed a reputation as a speed demon on the basepaths, but his lack of plate discipline and ability to get on base prevented him from deploying his greatest asset; his speed.

Looking back, it’s odd to think there was a brief period when Gose was viewed as the heir apparent to Colby Rasmus in centre field, and now neither of them will patrol the outfield for the Blue Jays in 2015.

Interestingly enough, in that blog post I declared Anthony Gose would never be traded under Alex Anthopoulos’ watch because Gose was one of “his guys”. Well, so much for that theory.

After reading a few articles on him, Devon Travis seemed like a pleasant surprise to the Tigers much in the same manner as Eric Thames was for the Blue Jays four years ago. Both posted outstanding numbers in AA and virtually came out of nowhere.

There’s a bit of confusion as to whether he projects as a second baseman (his native position) or an outfielder. Travis spent the past three seasons in the Tigers farm system playing second before being shifted to the outfield late this year.

Devon Travis is also still recovering from core muscle surgery, after he sustained an oblique injury while playing centre field (his new position) for the Erie Seawolves late in the season. However, the Blue Jays view him more as second base depth; a position that’s been in limbo with the club for years.

Among the many accolades Travis has already amassed, via FanGraphs we learn that Steamer has projected Devon Travis to be the 7th best prospect in all of baseball in 2015.

By the sounds of things, Devon Travis still needs a bit of seasoning in the minor leagues. But judging by the way the Blue Jays have fast-tracked many of their top prospects, Travis may be up with the club sooner than most expect.

I don’t think anyone benefits more from this trade than Dalton Pompey. Prior to the Gose/Travis deal, there was some speculation as to whether Pompey had a shot at the Blue Jays’ starting centre fielder’s job. But at this point, it’s essentially his to lose.

Dalton Pompey projected to compete with Anthony Gose and Kevin Pillar for one of the vacant outfielder spots, but with two bodies and two positions, centre field is all but Pompey’s.

Handing the reins over to Dalton Pompey this early in his career may prove to be a risky move by the Blue Jays, but then again … so was handing the reins to Anthony Gose.

Ian Hunter
Ian has been writing about the Toronto Blue Jays since 2007. He enjoyed the tail-end of the Roy Halladay era and vividly remembers the Alex Rodriguez "mine" incident. He'll also retell the story of Game 5 of the 2015 ALDS to his kids for the next 20 years.
Tags : Anthony Gose     centre field     Dalton Pompey     Devon Travis     trade 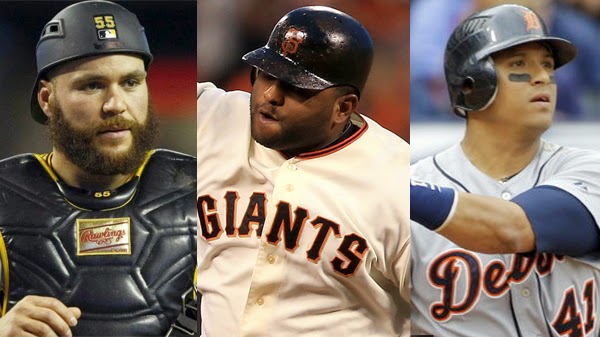 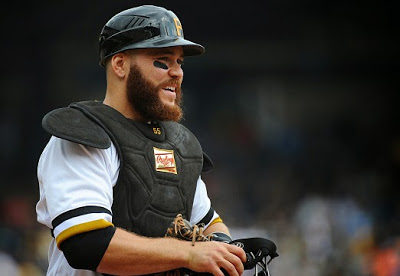