The Toronto Blue Jays may have several irons in the fire during the General Managers’ meetings in Phoenix this week, but their number one target may in fact be free agent catcher Russell Martin.

A few interesting notes were unearthed by Shi Davidi of Sportsnet and Jeff Blair also alluded to it quickly on his show earlier this week, but both insinuated Martin could be the main player that the Blue Jays are truly after this offseason.

In recent interviews, Alex Anthopoulos stated the team wants to target “the best player available“, and Russell Martin fits that description. It’s encouraging to learn the Blue Jays aren’t trying to paint themselves into a corner by seeking a prototypical second baseman, outfielder, or even catcher.

If Anthopoulos has the opportunity to ink the best player on the market, it appears as though the Blue Jays have the flexibility to make it work.

So if the Blue Jays are going to go all-out for one free agent (and likely have to overpay), it should absolutely be for Russell Martin. He’s arguably the best well-rounded free agent position player on the market, one who could be indispensable to virtually any team; especially the Toronto Blue Jays.

Russell Martin is a multifaceted player who could bring a great deal of skill to the Blue Jays roster; his defensive prowess, his game-calling ability, pitch framing, his ability to control the running game, and not to mention … being an offensive threat to boot.

The club has already trimmed $17.5 million dollars from their 2015 payroll by trading Adam Lind and declining several club options. If it’s a matter of simply freeing up space to sign a free agent, the Blue Jays have already created some wiggle room to do precisely that.

Russell Martin would be most valuable to the Blue Jays as their primary catcher, but with the designated hitter spot open for rotation, the club could keep Martin fresh by allowing for the odd day off at DH.

As a backstop entering his age 32 season, the prospect of playing in the American League could be a benefit for someone who may be concerned about catching behind the plate five to six times a week.

Martin also comes with some position flexibility; he has some infield experience (albeit 13 games at third base and one game at second base). The prospect of moving around the diamond and easing him into a less physically taxing position is something the Blue Jays could table to Martin.

Also, I’m not sure how much stock should be placed in this, but the allure of playing in Canada may prove to be attractive to Russell Martin. And this is one of the few opportunities where the Blue Jays have a competitive advantage over any other team in baseball.

The inherent issue is Russell Martin loses a great deal of value if he’s no longer playing behind the plate. Most of his value comes from his defensive ability. So if he’s relegated to DH, Russell Martin becomes a slightly better-hitting version of Dioner Navarro, except at a much higher price tag.

Another problem that would arise with the potential signing of Russell Martin is the dilemma of too many catchers. The Blue Jays attempted to carry three catchers for a brief period last season, and it was met with mixed results.

Having a pair of backup catchers occupy two of the bench spots could severely handcuff the Blue Jays over the course of a 162 game schedule. That strategy would only leave them with room for potentially one extra outfielder and one extra infielder.

So if the Blue Jays do in fact sign Martin, one assumes that would lead to a trade involving Dioner Navarro. If that’s the case, it might actually be wise to cash in on his career year in 2014 and maximize his value.

It’s a good problem to have, but one Alex Anthopoulos has to keep in mind when targeting free agents like Russell Martin when the Blue Jays already have an existing everyday starter at catcher with Dioner Navarro.

Circling back to Russell Martin, though; if payroll constraints only permit the Blue Jays to sign one free agent this winter, Martin is the guy to go after. His value goes beyond simply offense and defense, and he might be exactly what the Blue Jays need to become a contender.

Ian Hunter
Ian has been writing about the Toronto Blue Jays since 2007. He enjoyed the tail-end of the Roy Halladay era and vividly remembers the Alex Rodriguez "mine" incident. He'll also retell the story of Game 5 of the 2015 ALDS to his kids for the next 20 years.
Tags : catcher     Dioner Navarro     Free Agents     Russell Martin 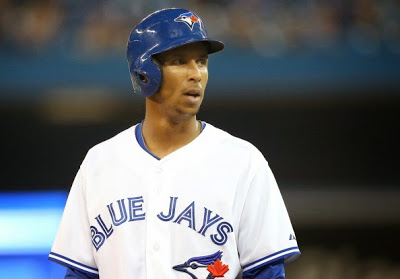 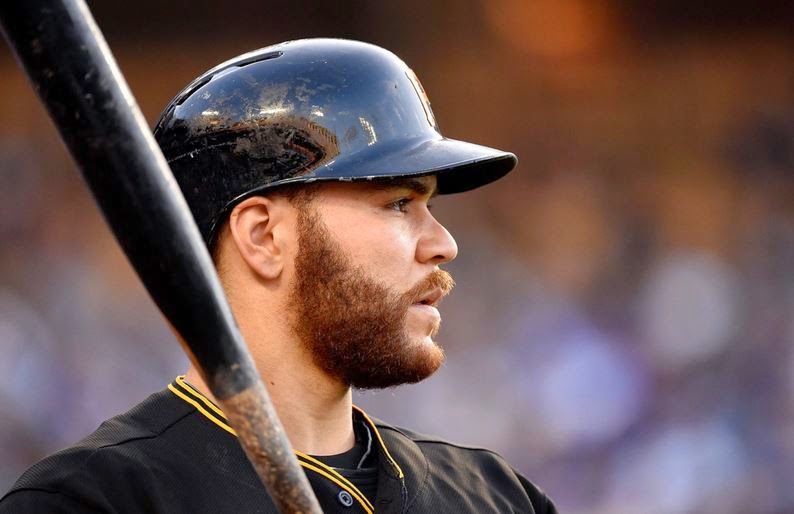 Russell Martin is Coming Home to the Blue Jays