For the longest time, signing free agents simply wasn’t a feasible option for the Toronto Blue Jays. There have been many players on the open market that fit their needs, but budgetary constraints prevented the club from landing big name free agents.

Could this be the year where the Blue Jays finally change that?

Last week, I theorized that Alex Anthopoulos may have been given the go-ahead by the front office to spend this offseason. Suddenly, several meetings have materialized between the Toronto Blue Jays and some of the biggest names on the market.

Word came down over the weekend that the Blue Jays had scheduled meetings with free agent catcher Russell Martin, as well as third baseman Pablo Sandoval. Jon Heyman reported the Blue Jays were also interested in the services of Victor Martinez.

These are three of the biggest names on the free agent market, and here are the Toronto Blue Jays scheduling meetings with their representatives. Seems somewhat surprising, don’t you think?

In recent years, the Blue Jays have been linked with countless free agents: Albert Pujols, Prince Fielder, Yu Darvish (although not technically a “free agent”). Whether there’s any credence to those rumours is remains to be seen, but there is at least confirmation the Blue Jays are meeting with Martin and Sandoval’s agents.

It’s difficult to say how legitimate the Blue Jays’ chances are of
landing a big name free agent, but it’s encouraging to hear they’re at
least trying.

The tone this offseason is definitely much different this time around. Last year, Alex Anthopoulos made it sound like he had to scrimp and save to afford Dioner Navarro’s two year/$8 million dollar contract. The Ervin Santana “pass the hat around” debacle also corroborates that.

That’s just peanuts compared to other free agent contracts signed around the league in recent years.

The primary mode of player acquisition during the Alex Anthopoulos era has been trades; those have been AA’s M.O. ever since he took over the General Manager’s helm in late 2009. Free agent signings have been few and far between for the Blue Jays over the past five years.

This year, it seems like the Blue Jays front office wants to be much more aggressive and take fate into their own hands. As Jeff Blair noted in his latest piece, Anthopoulos stated “I’m not going to allow myself to be held up in making some decisions.”

Alex Anthopoulos certainly has an uphill battle in negotiating with any free agents. Issues like the turf, playing in a different country and budgetary constraints are all potential roadblocks. Also, if a free agent is looking to punch their ticket to the postseason, Toronto is a tough sell.

Which invariably means the Blue Jays would have to overpay for free agents, much like they have in the past; either in dollars or term.

Taking the cynical standpoint for a moment, there’s a possibility this is all a ruse from the Blue Jays front office; just keeping up an appearance for the fan base to make it seem like they’re trying to be competitive.

Then again, it may also just be due diligence on Alex Anthopoulos’ part. Things may not go beyond the initial consultation, and this may just be AA’s way of kicking the tires to see what the going rate is at certain positions.

The Blue Jays may not come forth with the best offer, but
kudos to them for at least making it appear as though they want to be
competitive.

Truthfully, I don’t think the Blue Jays would’ve even bothered to schedule a meeting with guys like Russell Martin or Pablo Sandoval if they didn’t think they had a decent shot at signing them.

The five year policy will undoubtedly come into play in negotiations with some of these players, as they’re all reported to be seeking five or six-year deals. Whether they get those deals is questionable, but the Blue Jays self-imposed policy may still be roadblock in negotiations.

If ever there was a year where the Blue Jays were to loosen the purse strings and sign a premium free agent (or even two mid-tier free agents), this would certainly be it. The team still has a few holes to fill on the roster, and virtually any free agent would be an improvement over some of the internal candidates.

And even though they don’t necessarily need a catcher like Russell Martin or a full-time DH like Victor Martinez, the Blue Jays have the roster flexibility to move things around and still make it work.

If the trade deadline was any indication, the front office doesn’t want to part with their top prospects or young starters like Marcus Stroman, Aaron Sanchez, Drew Hutchison and Daniel Norris.

So if the Blue Jays still want to improve their roster and refuse to move players with substantial value off the Major League roster, then the only other option is to ink a free agent … or two.

Ian Hunter
Ian has been writing about the Toronto Blue Jays since 2007. He enjoyed the tail-end of the Roy Halladay era and vividly remembers the Alex Rodriguez "mine" incident. He'll also retell the story of Game 5 of the 2015 ALDS to his kids for the next 20 years.
Tags : Free Agents     Pablo Sandoval     Russel Martin     Victor Martinez 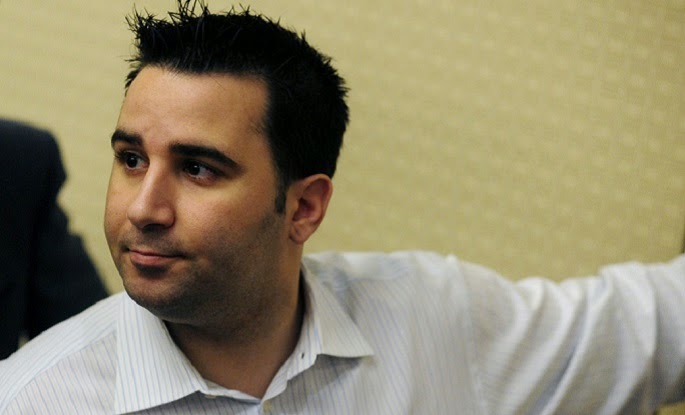 Was Alex Anthopoulos Given the Green Light to Spend This Offseason?