They may not have gone about it the right way, but ultimately Major League Baseball got what they wanted out of the Home Run Derby: a fan favourite like David Ortiz winning the contest.

I won’t try and dissect the Derby too much, but there were certain things that crept up during the night that must be addressed.

Aside from Chris Berman and Joe Morgan’s incessant dribble, the broadcast is as always, about 90 minutes too long. And at times, it felt like an infomercial for State Farm and Gatorade with the amount of product placement and sponsor mentions.

I still find it shocking that viewers prefer to watch the Home Run Derby instead of the MLB All-Star Game itself. Now I can see that the casual baseball fan or stopper by would prefer to watch a dinger parade, but man … does it ever get old fast.

It seems like I go through the same thing ever year: I promise that I’m not going to subject myself to the Home Run Derby, but then I always cave in fear that I might miss that great Home Run Derby moment. Fortunately, there wasn’t really earth-shattering that happened this year.

Vernon Wells didn’t exactly tear the cover off the ball, but he wasn’t the worst participant either. Maybe part of that had to do with his anxiousness at the plate, as he didn’t take too many pitches and didn’t really take his time setting up for his home runs. And by the way, wasn’t John Buck supposed to pitch to Wells?

Just a few more thoughts on the Home Run Derby in relation to Jose Bautista before I finally close the book on this issue.

Kudos to Fox for almost completely managing to ignore Bautista altogether. I don’t know if that was at the direction of MLB executives, but it really did seem like the major league leader in home runs was being completely overlooked during the broadcast.

Aside from a Freudian Slip by Bobby Valentine calling David Ortiz “Jose Ortiz” and Joe Morgan briefly mentioning Bautista as merely an obstacle standing in the way of Miguel Cabrera winning the American League triple crown, Jose Bautista was nowhere to be seen or heard.

Although they didn’t outright say it, you could sense from the Home Run Derby broadcast team that there were better options out there for participants.

When Chris Berman even introduced Nick Swisher as “leading the league in fun”, you know the competition is losing its luster when even the broadcasters are grasping at straws to justify why Swisher was there in the first place.

Ian Hunter
Ian has been writing about the Toronto Blue Jays since 2007. He enjoyed the tail-end of the Roy Halladay era and vividly remembers the Alex Rodriguez "mine" incident. He'll also retell the story of Game 5 of the 2015 ALDS to his kids for the next 20 years.
Tags : Chris Berman     David Ortiz     Home Run Derby     Jose Bautista     Vernon Wells 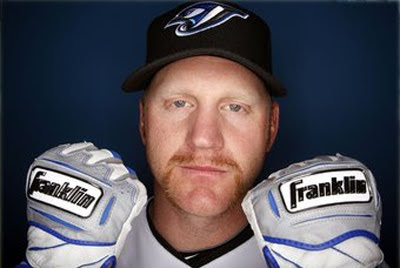 Moustache Clad All-Stars: The Best Staches of the First Half 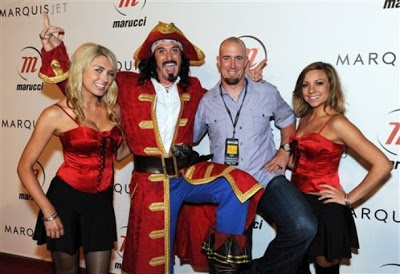