How the Toronto Blue Jays Got Their Iconic Logo

One of Canada’s most well-travelled birds is none other than the Blue Jay. Outside its native land, people may not recognize the blue jay itself, but many can easily identify the MLB team which dons the bird’s resemblance: the Toronto Blue Jays.

Due to the recent resurgence of the club, the Blue Jays are more popular now than they’ve ever been. The Blue Jays logo is plastered on caps, jerseys, apparel and any other merchandise you can think of.

To understand the identity of the Toronto Blue Jays logo, you have to go back to its roots. That means going all the way back to the mid-seventies; a time when the Blue Jays franchise was in its infancy.

As 45 percent stake owners in the club, Labatt Brewing Company took the lead role in marketing the ball club, and that began with the most prominent building block: a team name and a logo.

The person who oversaw this task? Richard Walker.

About four years ago, I met Richard by happenstance at a party. We chatted about baseball, and as he noticed my retro white panel Blue Jays cap, Richard mentioned he was involved in the creation of the original Blue Jays logo as the former Director of Creative Services for Labatt.

In the late 1960s, Walker worked at Stewart Morrison, the firm responsible for designing the iconic Montreal Expo logo. Later in the 1970s, he joined Labatt and created world-renowned brands for the brewery and John Labatt. What most people will remember is the Toronto Blue Jays logo.

I caught up with Richard to reflect on his experience overseeing the creation of the famous bird that everyone knows and loves.

I decided Savage Sloan would be a good firm to do the design. I set up the parameters of what I wanted from my knowledge of sports logos and colours. I insisted the logo had to be in a circle, because a baseball is a circle.

Including a red maple leaf in the logo was a critical focal point of the design to ensure the Blue Jays were “Canada’s team”. The Expos had once considered the maple leaf as a design element for their logo, but it was ultimately rejected.

Walker directed the conceptual development of several designs and worked with the late Paco Belsue – a draftsman at Savage Sloan – who put together all the detailed elements for the design finalists.

Even now, Savage Sloan is credited with creating the original Toronto Blue Jays logo, but there were many instrumental figures; the aforementioned Richard Walker, Paco Beluse, and Dave Savage of Savage Sloan Ltd. and Don McDougall: the president of Labatt Brewing Company.

Walker collaborated with the design team at Savage Sloan and they focused on refining and finessing all the design details. Before the blue bird was signed off, Richard and his team prepared multiple design options for consideration by the Toronto Blue Jays Board of Directors.

One of the first known productions of the Blue Jays logo. Richard Walker has this sticker framed and displayed proudly in his home. (Photo by Ian Hunter)

In his heart, Walker knew the design with the blue jay and the maple leaf was superior and the right choice. That option was met with some resistance from Peter Bavasi: the first General Manager of the Toronto Blue Jays.

For several reasons, (Bavasi) just didn’t think we should have a maple leaf on the logo and had asked that I generate a variation without the maple leaf. He also requested a version in two colours, and one in one colour—because it would be a lot less expensive for production.

I then told Don McDougall: “That three-colour design with the maple leaf has got to be the one. I don’t know how you do it – get it approved.”

To his surprise, the design which received approval was the Blue Jay with a maple leaf prominently in the logo. Although the logo may appear to look very basic, Richard stresses a lot of work went into the design from behind the scenes.

We did spend a huge amount of time refining everything – down to the actual little piece that went in its eye. All the kerning, all the space between the letters, and this was all done before computers. We purposely made it a little cartoony and a ‘friendly’ bird.

In 2008, Paul Beeston re-emerged into a prominent role with the Blue Jays as President and CEO of the team, and in 2012, the club rolled out an homage to the original “glory days” Blue Jays logo and uniforms. 2016 marked the fifth anniversary of the latest version of the Blue Jays logo, which preserves the core elements from the past.

In speaking with Richard, the conversation naturally shifted to the different iterations of the Toronto Blue Jays logo over the years. The initial Blue Jay logo and typeface was used continuously from 1977 to 1996, and many rebrands followed from 1997 to 2010.

The team itself underwent a litany of changes, but distanced itself further away from its original identity. These alterations included a de-emphasis of the colour blue, abandoning the maple leaf altogether, an attempt at creating a more menacing blue jay, and an over-emphasis on the word “Jays”.

I like some of the stuff they did with the new logo, I like the colour shift; the colours are more intense. The new one is a bit angrier, but ours was designed to be good for the team and good for kids. But I still think the old one is stronger because there’s more density. There’s more area of illustration to it.

When I tell you that the new maple leaf on the new one is too large, I defy you not to see it. We made a purposeful exercise of having the maple leaf integrate with the red in the ball.

Richard has a valid point. When looking at both logos side-by-side, the maple leaf in the latest iteration of the Blue Jays logo is significantly bigger. It also doesn’t quite tie into the design as seamlessly as the original did, and the hues of blue are slightly different.

As great as the new Blue Jays logo is, it really gives one a new sense of appreciation for the old one. The way they were able to tie the maple leaf into the outline of the baseball, the split-letter font, the choice of colours. Everything works seamlessly.

The original Toronto Blue Jays logo is one of the most impactful and flawless designs you’ll ever see in baseball. That’s why to this day, it’s so universally recognizable.

Ultimately, the original Toronto Blue Jays logo is one which stood for nearly 20 years. There’s a reason the Blue Jays wore that logo and uniforms for so long; because they didn’t need to be changed.

However, change is something which is ever present in design. Walker explained his philosophy – not only when it pertains to sports logos – but artwork.

My theory is, if you aren’t making progress, don’t simply make design changes to appear like you are evolving. Heritage branding is worth preserving. Designing this logo was a piece of cake compared to doing a beer label in terms of detail. It was more of a creative exercise, not a difficult exercise.

Richard Walker’s involvement with the Blue Jays logo only represents a small fraction of his work. He directed the design of thousands of brands, from Tim Hortons, to the B.C. Lions to Hockey Canada.

But when he tells people about his involvement with the Blue Jays, it always sparks lively interest about this internationally recognized symbol; the hallmark of “Canada’s team”.

The Blue Jays project represents one-one-hundredth of one percent of all the designs I’ve directed. But when I tell people I was involved with the design of the Blue Jays logo, it’s the one you can print in your obituary.

Ian Hunter
Ian has been writing about the Toronto Blue Jays since 2007. He enjoyed the tail-end of the Roy Halladay era and vividly remembers the Alex Rodriguez "mine" incident. He'll also retell the story of Game 5 of the 2015 ALDS to his kids for the next 20 years.
Tags : Blue Jays logos 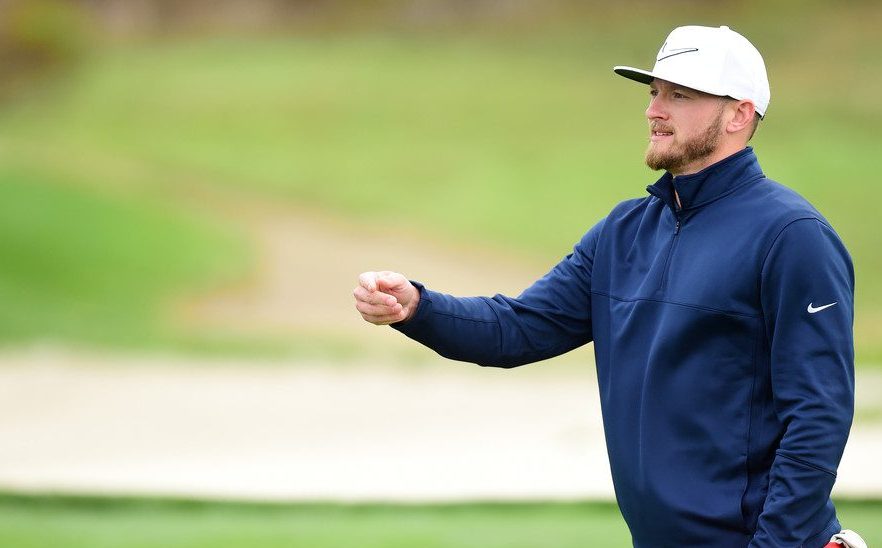 Josh Donaldson Tees Off at the Pebble Beach Pro-Am 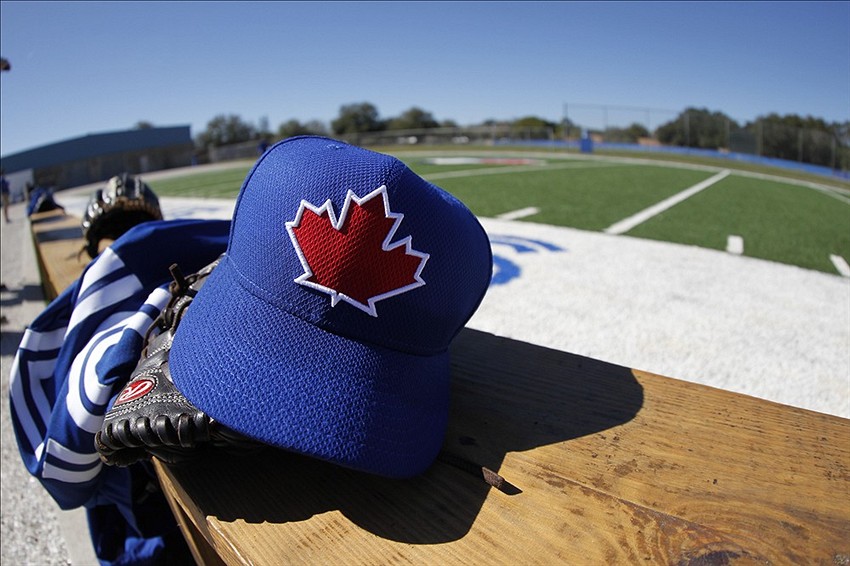