Well ladies and gentlemen, we have our first Blue Jays blindside trade of the offseason.

This one seemingly came out of nowhere, as the Oakland A’s dealt Rajai Davis to Toronto for a pair of Double A relievers Trystan Magnuson and Daniel Farquhar.

Can anybody honestly say they saw that one coming? Seriously, Alex Anthopoulos is becoming the silent assassin of baseball executives. It’s like he comes in, raids the cupboard, makes himself a sandwich and is gone before other executives even knew he was there in the first place.

Tao and Navin both have a couple of great first impressions in the Rajai Davis trade, and I share their sentiments. Davis might light the basepaths on fire with his gazelle-like speed, but unless he draws more than 26 walks in a season, he’s not going to be the leadoff guy the Blue Jays have sought out for many years now.

Looking back, the Blue Jays haven’t had a player on the roster who swiped 50 bases in a single season since Shannon Stewart in 1998. Even if he only projects as a fourth outfielder, Rajai Davis is a dangerous weapon on the bench that John Farrell can deploy late in games.

Listen, I love John McDonald as much as the next guy, but his days as the token pinch runner are over.

And let’s not rule out the option where Jose Bautista plays third base everyday, and Rajai Davis becomes the everyday left/right fielder. It’s certainly an option the Blue Jays can entertain if they can’t land somebody like Alex Gordon or Gordon Beckham.

This Rajai Davis trade doesn’t solve all the Blue Jays lineup woes by any means, but at least it allows them a little bit of wiggle room in the outfield and some extra speed on the bench.

Ian Hunter
Ian has been writing about the Toronto Blue Jays since 2007. He enjoyed the tail-end of the Roy Halladay era and vividly remembers the Alex Rodriguez "mine" incident. He'll also retell the story of Game 5 of the 2015 ALDS to his kids for the next 20 years.
Tags : Alex Anthopoulos     Rajai Davis     trade
Previous post

Just to Reiterate, His Name is Dan Uggla 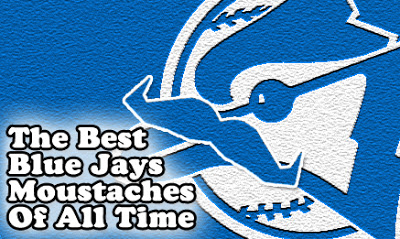 The Best Blue Jays Moustaches Of All Time