Richmond under the bright lights at Fenway

Scott Richmond has never been one to back down from a challenge. By now, we all know about his winding journey from the minor leagues which eventually led him to the big show last July. Just over one year removed from his first big league start, Richmond will pitch under the bright lights at Fenway Park for the first time in his career.

Richmond is winless in his last four starts and is overdue for a great game, so hopefully he can put together a strong start tonight. The maximum number of lefties the Bosox can send to the plate against Richmond is five, so that should work to his advantage. He should watch out for the hot-hitting David Ortiz, who’s clipping along with a .324 batting average along with five home runs and 13 RBI’s since last week.

More encouraging news for the Blue Jays – Vernon Wells has hit five career home runs off of Josh Beckett, more than any other active player in baseball. Four of those home runs came in 2006, but still! In fact, the Blue Jays hit Beckett very well – Scutaro, Hill, Overbay, Wells and Barajas are all career .300 hitters against him (minimum ten plate appearances).

In case you missed it last night, Red Sox shortstop Nick Green pitched two innings of scoreless relief. I can’t for the life of me remember the last time that the Blue Jays used a position player as a pitcher, but I can tell you that Jason Lane did toss an inning for the Las Vegas 51’s earlier this season.

I’ll be liveblogging tonight’s game over at The Score, so come check out it and cheer Richmond and the Blue Jays on to victory as they attempt to go for their second two-game win streak of the past week.

Ian Hunter
Ian has been writing about the Toronto Blue Jays since 2007. He enjoyed the tail-end of the Roy Halladay era and vividly remembers the Alex Rodriguez "mine" incident. He'll also retell the story of Game 5 of the 2015 ALDS to his kids for the next 20 years.
Tags : Boston Red Sox     Josh Beckett     Scott Richmond 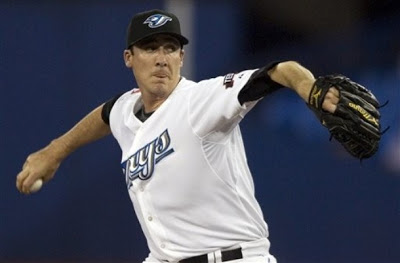 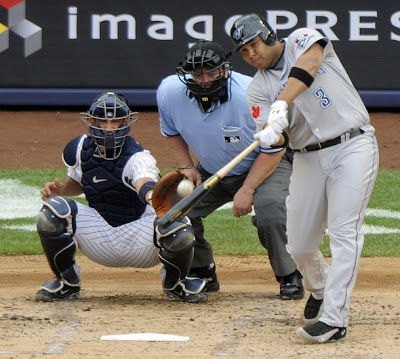 Ruiz swinging for the fences