First off, let me start by apologizing to Scott Richmond. I have not forgotten about you, nor have I ignored your accomplishments this season. I hope you can forgive me.

Compared to reading this blog earlier this season, you might think that the Scott Richmond Kool-Aid has all but dried up around these parts. I assure you that it has not dried up, but merely gone into storage for a couple of months.

I feel bad because I championed Richmond as a member of the rotation at the start of Spring Training, and now it seems like I’ve all but abandoned him over these past few months. In an attempt to right some wrongs and to hopefully get back on his good side, just in time for his start against the Boston Red Sox tomorrow night, I’m back with the obligatory Scott Richmond update post.

We all remember the glory days from April where Richmond won the Rookie of the Month award after going 3-0 with a 2.70 ERA. Since the end of May, Scott has tapered off a little bit thanks to a 3-7 record and a 4.50 ERA. I can’t exactly pinpoint what went wrong or how things went downhill, but it probably had something to do with that fact that he threw 85 innings through the first three months of the 2009 campaign.

Compared to last year, Richmond has turned the dial up on his fastball by a few miles per hour and he’s also starting to rely more and more on his changeup. It’s starting to show because over his last six starts, Richmond has averaged about seven strikeouts per outing. No longer a two-pitch wonder, Scott has worked in a changeup and has fine-tuned his curveball to fool opposing hitters.

So where does Scott Richmond stand on the team? At this point it’s tough to say – the only surefire candidates to stay in the starting rotation next season are Halladay, Romero and Marcum. Those final two spots will probably be a fight between Cecil, Richmond, Rzepczynski and maybe even Brad Mills. Whether or not Richmond makes the rotation again next year, I think he will still be an asset to the Blue Jays organization as either a starting pitcher or a long relief man in the bullpen.

Ian Hunter
Ian has been writing about the Toronto Blue Jays since 2007. He enjoyed the tail-end of the Roy Halladay era and vividly remembers the Alex Rodriguez "mine" incident. He'll also retell the story of Game 5 of the 2015 ALDS to his kids for the next 20 years.
Tags : Rz     Scott Richmond 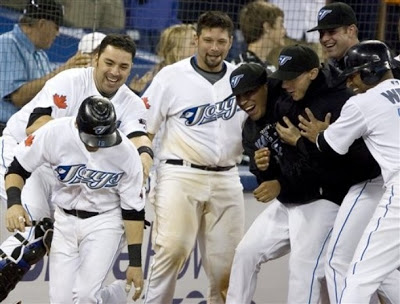 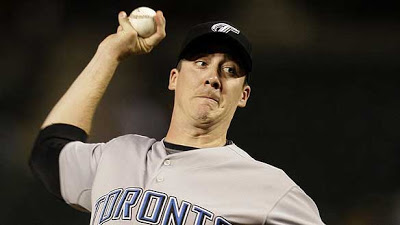 Richmond under the bright lights at Fenway