Then you’re likely aware of the world’s first fragrance made by a Blue Jay player. For this week’s Flashback Friday feature, we look back at Chacin cologne.

It all stemmed from an inside joke on the Landry and Stellick show on the Fan 590 some time in late 2005. The hosts commented on how Gustavo Chacin’s last name sounded more like a name of a designer fragrance than a starting pitcher.

From there, it snowballed and led to some mock Chacin radio ads that can be heard here. At some point, the Blue Jays received wind of this meme and decided to manufacture the Chacin cologne.

In April 2006, Gustavo Chacin along with Don Landry headed to Leslie Cosmetics and concocted the signature fragrance. So, what did it smell like? Here’s the best description:

“It’s warm and fresh with some sweet notes. It’s an easy grab-and-go fragrance. You can keep it in your gym bag and wear it to the coffee shop or away for the weekend.” – Diego Gallego, Men’s Channel fragrance expert

Then on June 27, 2006, the Toronto Blue Jays gave out vials of Chacin cologne to the first 10,000 fans. Since the game was against the Washington Nationals, half of those who attended received a sample since only 20,288 people attended the game.

I have to credit the Fan 590 and the Blue Jays for thinking outside of the box on this one with an interesting and unconventional idea for a Giveaway Day.

While it may not have created an overwhelming demand for Chacin cologne, it paved the way for Roberto Alomar to come out with his own fragrance called “Second 2 None“.

Even though Gustavo Chacin’s time with the Blue Jays may have come and gone, the scent of Chacin will forever linger in Toronto.

Ian Hunter
Ian has been writing about the Toronto Blue Jays since 2007. He enjoyed the tail-end of the Roy Halladay era and vividly remembers the Alex Rodriguez "mine" incident. He'll also retell the story of Game 5 of the 2015 ALDS to his kids for the next 20 years.
Tags : Chacin cologne     Flashback Friday     Gustavio Chacin
Previous post

How Many Benjamins Will Bautista Get? 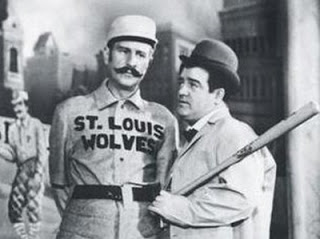