It may have been a smoke screen all along, but the probability of real grass coming to the Rogers Centre was always a long-shot. That dream was all but extinguished earlier this week.

Stoeten picked up on this for Blue Jays Nation, but Stephen Brunt mentioned this on the Jeff Blair Show (it starts around the 14:25 mark) and all but assured Blue Jays fans that grass at the Rogers Centre was never going to happen.

The artificial turf in Toronto has long been an issue, but there haven’t been many public outcries since the club installed a new AstroTurf playing surface in early 2015. Mark Shapiro told Jays from the Couch “the turf is almost a non-issue now for players now”.

And another interesting quote from Shapiro in that Jays from the Couch piece:

“If there’s three different things we can do versus grass, I’m going to make sure we look at those three things”.

It may be a combination of the new playing surface – it probably also has a lot to do with the fact that the Blue Jays celebrated playoff berths in 2015 and 2016 – but real grass at the Rogers Centre isn’t a priority anymore.

A few years ago, people were screaming at the Blue Jays front office to install real grass at the Rogers Centre. It was Paul Beeston who dangled a carrot in front of ticket holders at the 2012 state of the franchise:

“We’re actually examining the ability of bringing grass in here. This is a multi-purpose stadium. It doesn’t mean we’re going to do it, but we’ve brought grass in here for soccer before, so it will work.”

At that State of the Franchise, Alex Anthopoulos also cited a few examples where the Blue Jays couldn’t convince free agents to come to Toronto and the turf was a major stumbling block in those negotiations.

Way back when, the Blue Jays made it seem like the artificial turf playing surface was hindering their ability to draw premiere talent and in turn, preventing them from becoming a contender.

There wasn’t much to root for during Alex Anthopoulos’ tenure as Blue Jays GM, which made the prospect of real grass feel like an olive branch extended by the front office. In retrospect, it was more of a red herring.

The Blue Jays did their best with a few band-aid solutions in the meantime; they installed a new AstroTurf in 2015 and switched to an all-dirt infield in 2016. In the meantime, the prospect of grass under the dome fell by the wayside.

In all honesty, putting in real grass is one of the least important renovations the Blue Jays need to make to the Rogers Centre.

The club is in the midst of figuring out how to modernize the 28-year-old ballpark, which is a colossal undertaking. Estimates of $250-$400 million in renovation costs to update the Rogers Centre are likely even on the modest side.

Shapiro also spoke to Future Jays and revealed a grass field could chew upwards of 30% of the entire renovation budget, which is a lot of money to pay for something which would only improve the Rogers Centre incrementally.

There are much more pressing needs around the ballpark; the concourse need to be improved and could be opened up, the seats need to be re-aligned, the concessions need to be overhauled and the Blue Jays need to pay tribute to teams and players past by enshrining them with statues or displays around the Rogers Centre.

While it’s important to keep the players happy with a suitable playing surface, real grass at the Rogers Centre doesn’t add to the fan experience whatsoever. Wouldn’t the average fan prefer better sight lines at the game, better food and drink and more interesting places to visit and interact at the ballpark?

Or how about some sort of craft beer garden or craft beer tap house in the upper deck? The Chicago White Sox feature over 75 craft beers in their “Craft Kave” at Guaranteed Rate Field. How many craft beers are available at the Rogers Centre, you ask? One: Hockley Dark.

If Shapiro says the AstroTurf is a non-issue for the players, then it should be a non-issue for everyone else, too. Sure, it may not look like the most aesthetically pleasing thing up close, but that’s the reality of playing in a cold weather climate city.

A winning product on the field is much more important than the field itself. In the meantime, I hope the Blue Jays allocate their resources wisely towards improving the overall experience at the ballpark.

If the renovation of Progressive Field – which Shapiro spearheaded – is any indication of where the club is going with this re imagination of the Rogers Centre, I’m confident he can help breathe new life back into the 28-year-old dome.

Ian Hunter
Ian has been writing about the Toronto Blue Jays since 2007. He enjoyed the tail-end of the Roy Halladay era and vividly remembers the Alex Rodriguez "mine" incident. He'll also retell the story of Game 5 of the 2015 ALDS to his kids for the next 20 years.
Tags : artificial turf     grass     Rogers Centre 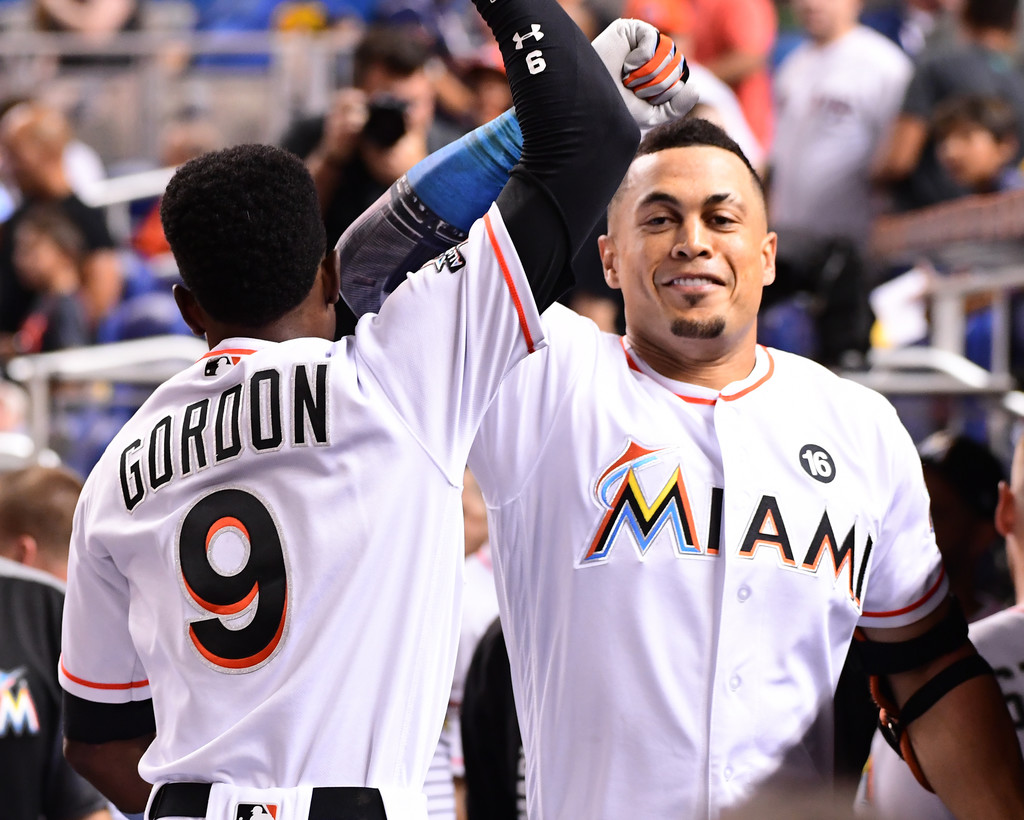 If the Marlins Are Open for Business, Should the Blue Jays Shop for Stanton and Gordon?