Christian Yelich would’ve solved a lot of problems for the Toronto Blue Jays. For a while, it was fun to navel gaze about the possibility of him coming to Toronto. Unfortunately, that dream will follow Yelich to Milwaukee, of all places.

No one knows how closely the Blue Jays and Marlins may have been on a Yelich deal, but according to Craig Mish, the Jays were the only team within the same stratosphere as the Milwaukee Brewers. This is where it starts to get interesting.

Brewers were the team that put forth the best deal (as I said 2 days ago). The only other team that came close was the Blue Jays. Said no to Vlad Jr.

With five years of team control on a below-market deal, Yelich was going to fetch a king’s ransom from any prospective trade partner. This is where we begin to understand the kind of package it was going to take from the Blue Jays to land Yelich.

It sounds like discussions started and ended with one of the Blue Jays’ most hyped prospects in the last 20 years: Vladimir Guerrero Jr.

Seems there is some confusion. Let me be clear : JAYS said no to Vlad Jr for Yelich. That's why he is a Brewer. Not the reverse.

As Baseball America’s third overall prospect, Vlad Jr. is likely the first player teams bring up when discussing trades with the Blue Jays. As Mish reported, it was the Blue Jays who refused to include Vlad in a deal.

Fans would’ve been excited to see the Blue Jays land an All-Star outfielder like Yelich, but at the cost of trading Guerrero Jr? That trade would not have been well-received in Blue Jays Land.

If it were a package centred around Bo Bichette for example, that deal would’ve been a lot more palatable for the Blue Jays. Given the rave evaluations and his sudden rise up the prospect rankings, a Yelich/Guerrero swap would elicit some strong reactions.

I’m sure the Blue Jays tried to configure a trade with the Marlins a number of ways, most of which didn’t involve Guerrero Jr. Mish reports several variations of a trade between the Jays and Marlins came to the table.

Blue Jays & Marlins had several variations of a deal. Some included salary going from Mia to Toronto. In the end Marlins once they were officially told no on Vlad, it was definitely Milwaukee.

If Guerrero Jr. was a non-starter for the Blue Jays, a fun hypothetical game is to imagine what those other trades may have looked like. If I had to hazard a guess, and it’s only a guess, if Guerrero was off the table, maybe the Blue Jays come back with Bichette, Alford and Richard Urena.

Sure, the Blue Jays miss out on five years of Yelich; a blossoming young All-Star outfielder, but Guerrero’s ceiling somehow goes beyond “superstar”. MLB Pipeline gave him an 80-grade hitting, for heaven’s sake.

Jim Callis of MLB.com gave this glowing review about the Blue Jays top prospect. If this doesn’t get Blue Jays fans salivating, I don’t know what will.

Guerrero should contend for batting titles on an annual basis. He could be his dad with more selectivity at the plate or the next Miguel Cabrera.

There’s another positive in the Blue Jays playing bridesmaid to the Brewers in this trade. It means the Blue Jays finally have enough high-calibre prospects that they can go after a player like Yelich. Their farm system is finally rich with talent again and teams are taking notice of their promising young talent.

There hasn’t been this much excitement about the Blue Jays’ minor league talent in a very long time. You have to go back to the early-to-mid 90’s prospects like Carlos Delgado, Shawn Green, Alex Gonzalez and Roy Halladay.

After everything I’ve read over the past few weeks about Guerrero, I don’t blame the Blue Jays for walking away from that deal with the Marlins. Yelich is a star today, but Guerrero may be a superstar tomorrow.

Ian Hunter
Ian has been writing about the Toronto Blue Jays since 2007. He enjoyed the tail-end of the Roy Halladay era and vividly remembers the Alex Rodriguez "mine" incident. He'll also retell the story of Game 5 of the 2015 ALDS to his kids for the next 20 years.
Tags : Christian Yelich     Vladimir Guerrero Jr 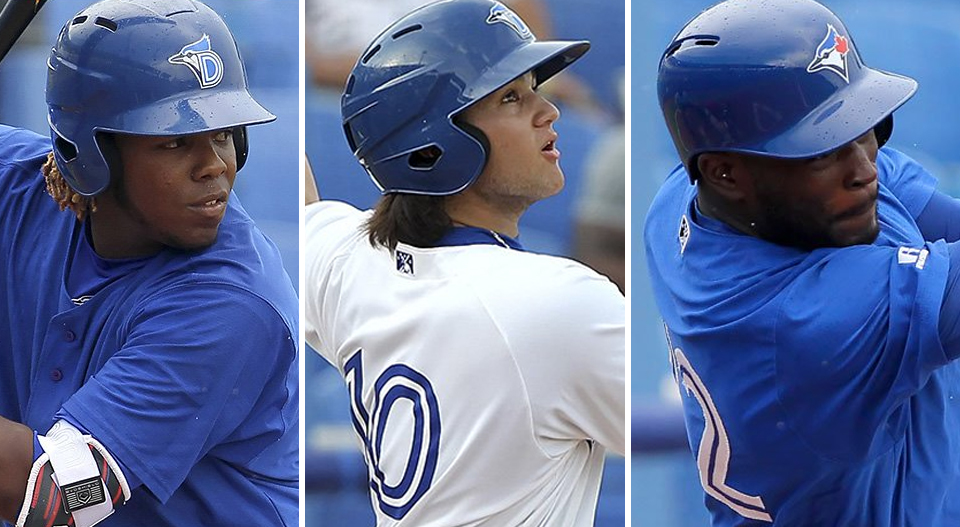