Giving Randal Grichuk the Benefit of the Doubt

Randal Grichuk‘s tenure as a Toronto Blue Jay is off to a rough start. After homering in his fourth at-bat of the season, he’s since gone 0 of 36 during an unimpressive 11-game stretch. Grichuk’s .319 OPS currently ranks second last in all of baseball.

Two weeks into the season and John Gibbons has moved Grichuk down from the middle of the order to as low as seventh in the lineup. He’s struggling at the plate and having difficulty finding his footing as the Blue Jays’ new everyday right fielder.

But all is not lost. Despite an atrocious start to the season, Grichuk should be given the benefit of the doubt. In fact, there are some hopeful signs he could be due to break out of his funk any day now.

Grichuk is a bit of a Statcast darling. Looking at his numbers, it’s easy to see why the Blue Jays targeted him in trade. Last year, he ranked sixth in MLB in barrels per plate appearance with 10, slightly better than Justin Smoak’s 9.3 barrel rate.

A peek here at this 2018 Statcast metrics:

Traditionally, Grichuk has been a player who hits the ball hard and this year is no different. Even though he only has three hits to his name, he sits 14th in MLB in average exit velocity (minimum 25 results), striking the ball on average with an exit velocity of 93.3 miles per hour.

It’s not his bat speed that’s the issue. As @James_in_TO so astutely discovered, Grichuk is getting underneath a lot of pitches and sending them to the outfield for fly outs.

If the launch angle sweet spot is around 25-35 degrees, Grichuk has put three balls in play within that 10 degree window. 46% of his contact has been at 35 degrees or more. In simple terms, he’s hitting the ball hard, but he’s getting underneath it a lot.

There’s also the case of Grichuk’s pedestrian .080 BABIP, which is second lowest in Major League Baseball behind Jose Iglesias’ .063 BABIP. I don’t think anyone in the baseball universe expects Iglesias to finish the season with a BABIP under .100, let alone Grichuk.

It seems like things will even themselves out over the course of a full season with Grichuk, but he looks a little lost at the plate right now. For now, I’ll chalk it up to coming over to a new league and adjusting to a whole new set of pitchers.

Traditionally, he hasn’t been a strong starter anyway. Grichuk is a career .188/.252/.365 hitter in the month of April. Whenever I think back to slow starters, I picture Edwin Encarnacion. He’s a hitter who always has a tough start to the season but always seems to even things out over the course of 162.

Grichuk’s had some particularly poor plate appearances over the last few weeks. This three pitch sequence against Kevin Gausman was really bad; three consecutive 90 MPH fastballs, two of them right down the pipe and Grichuk whiffed on both of them.

Perhaps there were some unfair expectations lauded upon Grichuk in the first place. I predicted he shouldn’t have any problem becoming a 30-plus home run hitter with the Blue Jays. He may still reach that benchmark, but a 25 home projection seems more realistic now.

Luckily, the Blue Jays have the luxury of so many plug-and-play guys on the roster that the lack of production by Grichuk isn’t handcuffing the entire offense. When Jose Bautista went through his struggles last season, Gibbons didn’t have much of a choice but to play Joey Bats in right field every day.

This year, at least Gibby can give Grichuk a day off and go with the hotter hand in right field that particular week. Gibbons isn’t beholden to Grichuk like he was to Bautista last year.

Is there cause for concern with the Blue Jays’ new right fielder? A little … but ideally, Grichuk wasn’t supposed to drive the bus for the Blue Jays on offense anyway. If he plays up to his Statcast numbers, it’ll be a pleasant surprise, but Grichuk has traditionally been a streaky hitter.

I just keep reminding myself “there’s no way he can be this bad the whole season”. The Blue Jays acquired Grichuk for a reason. Even if his struggles persist, there’s virtually no chance of the club going back on this deal. For better or worse, Grichuk will play in the outfield for the Toronto Blue Jays.

Part of the frustration in watching Grichuk at the plate is his “all or nothing” approach. Every at bat, it seems like he’s either swinging and missing, skying fly balls to the outfield or watching perfectly good pitches sail past him for strikes.

For the most part, this is the Grichuk the Blue Jays knew they were acquiring. They knew the risks going into his acquisition. I just don’t think fans were expecting he would stumble out of the gate this badly to start the season. If this two-week sample size cropped up in late May or June, it wouldn’t be getting near as much attention.

With his ability to barrel the ball, Grichuk should stabilize within in coming weeks. Right now it feels like he’ll never get out of this funk, but players always do.

Ian Hunter
Ian has been writing about the Toronto Blue Jays since 2007. He enjoyed the tail-end of the Roy Halladay era and vividly remembers the Alex Rodriguez "mine" incident. He'll also retell the story of Game 5 of the 2015 ALDS to his kids for the next 20 years.
Tags : Randal Grichuk 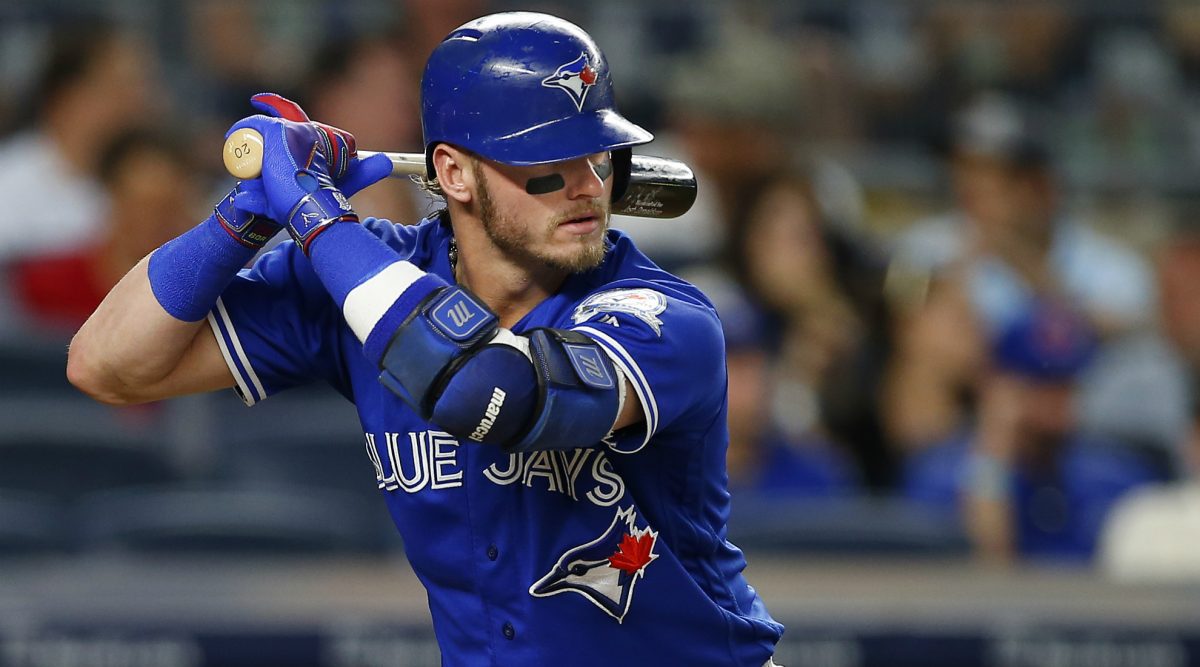 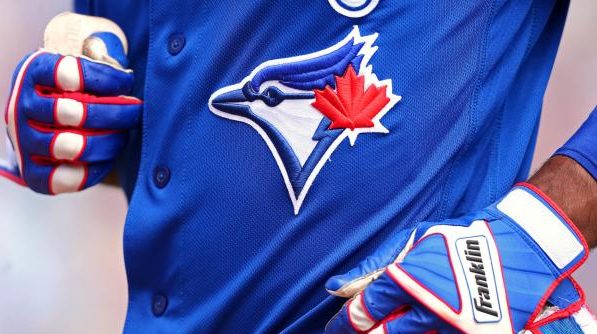 AUDIO: Talking Blue Jays on Sportsnet 590 The Fan and South of the 6ix Podcast