They missed it by THAT much.

Just another fraction of a second, and maybe that ball pops out of Brett Gardner’s glove. Or perhaps Gary Sanchez doesn’t make a game-saving block. Or perhaps Kevin Pillar just narrowly makes a catch on that fly ball to deep centre field.

If any one of those three scenarios were to break any other way, the Blue Jays likely win that game. But they didn’t … and it stung. It stung real bad.

The Blue Jays were so close incredibly close to completing their improbable comeback. Instead, they came about as close as any team could come to winning, only to just fall short.

There’s no way to sugar-coat it. There are no silver linings in that game. Despite a strong start from Aaron Sanchez and a lineup which came alive in the final two innings of the game, all anyone will remember is how the Yankees handed that game to the Blue Jays, and the Blue Jays responded by saying “No, thank you”.

In the grand scheme of things, that one game accounted for approximately 0.6% of the Toronto Blue Jays regular season schedule. It was one mere game. But when these games are played in the September in the midst of a pennant race, those games feel like they account for one-third of the schedule.

Fans often live and die by every single game, which seems like overkill and in May and June. But with so few games left in the schedule, the importance of each and every single game down the stretch cannot be overstated. So a completely angry and frustrated Jays fan is warranted to feel that way.

These games are incredibly stressful because they mean so much. That’s why they call it meaningful September baseball. It’s also emotionally invested baseball.

Every win feels like the Blue Jays are one step closer to returning to the postseason. And as was demonstrated last night, every loss feels like a blown opportunity for the Blue Jays.

If you thought last night’s game was intense, wait until this weekend against the Red Sox, or next week’s West Coast road trip, or that final week of the regular season. The crazy thing is … this is only the beginning of the stress test for Blue Jays fans.

I won’t dissect the game because it seems counterproductive to try to analyze what went wrong. Instead, this is a place to commiserate and just generally feel awful (for those who choose to) about that 7-6 loss to the Yankees.

Maybe you’ll experience some catharsis in expressing your disappointment in the Blue Jays for that performance. If ever there was a game to get angry about this season, it was that one.

Prior to the near-comeback in the ninth inning, I was ready to chalk it up to some bad luck and was willing to walk away. But the fact that the Jays came so close taking that game back and then lost it when all the momentum had shifted in their favour, it was like a gut punch.

Is it selfish to be disappointed in a team such as the Blue Jays who are still in first place? I don’t think so. Luckily, the Jays closest competitors have fumbled as well. And sure, the Blue Jays are in first place now, but if they continue to play like this, they’ll be leapfrogged in no time.

I still believe the Blue Jays have yet to put together their best baseball of the season. It’s been tough as of late for the Blue Jays to get all aspects of their game (hitting, pitching, bullpen) in sync at the same time.

Most games, the Blue Jays can scrape by with two or even one of those aspects performing well, but it’s difficult to win night-in and night-out with only one area of the team performing to its best ability.

On any ordinary night, six runs would be more than enough to win. Seven innings and only three runs from your starter would give the team plenty to work with. But despite the offensive output and solid start by Sanchez, the Blue Jays still lost.

The Blue Jays only have 24 games left in the regular schedule. That’s 24 more chances for the Blue Jays to capitalize on opportunities hand-fed by their opponents. It’s also 24 chances to create opportunities and to prove why they’re one of the best teams in the American League.

There’s a strong belief and desire that the Blue Jays can in fact do this again. But unlike last year, it isn’t going to be as easy. This is going to be an absolutely dog fight down the stretch between the Blue Jays and their division rivals.

September baseball – it’s meaningful, it’s exciting, but damn is it ever stressful.

Ian Hunter
Ian has been writing about the Toronto Blue Jays since 2007. He enjoyed the tail-end of the Roy Halladay era and vividly remembers the Alex Rodriguez "mine" incident. He'll also retell the story of Game 5 of the 2015 ALDS to his kids for the next 20 years.
Tags : New York Yankees 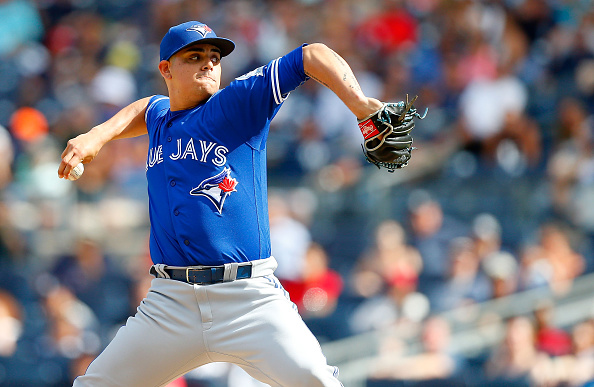 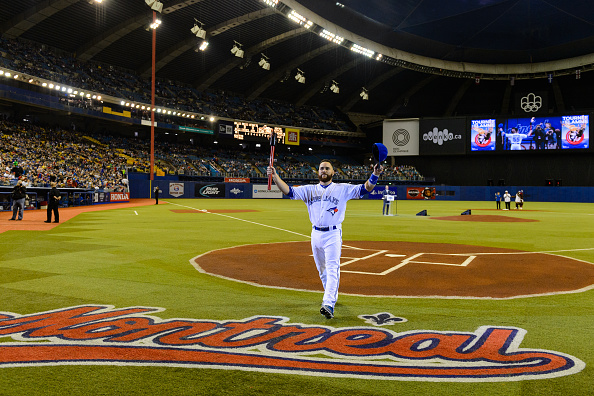