It should come as no surprise that Major League Baseball mishandle the punishments from the Toronto Blue Jays-Texas Rangers brawl on Sunday afternoon.

The entire thing has been a veritable tire fire from start to finish, but yesterday, MLB put the finishing touches on the incident by announcing the official suspensions to various Blue Jays and Rangers players.

Some of them were pretty straight-forward; Rougned Odor’s eight-game ban seemed to be in line with previous altercations of the same nature.

In my opinion, Odor should’ve been hit with at least 10 games, because physically harming a player (no matter the circumstance) should not be tolerated on the field. Instead, MLB decided to go a little easy on him.

According to this piece in SportsDay, Odor’s camp is trying to make the case that his suspension should be reduced from eight games because he didn’t injury Bautista. Right.

Then there’s Jesse Chavez, who was dinged three games. He really has no reasonable defense for his actions because the warnings had already been issued at that point. Chavez may have gotten more games if he hit Prince Fielder higher up, but instead Chavez chose to hit Fielder on the “meaty” part of the body.

Aside from those two fairly open-and-shut cases, the rest of the rulings by Major League Baseball were a little perplexing.

John Gibbons has been suspended three games for coming back onto the field after being ejected. That’s to be expected, but the fact that MLB declared Gibbons somehow “incited further fighting” is a complete joke.

If anything, it was Jeff Bannister who incited fighting by getting into the scrum and trying to get his hands on Blue Jays players.

Bannister also incited things even further by motioning towards the home crowd as he exited the field, as if to say “we did this for you”.

Bannister was clearly trying to rile up the fans and he even entered the fracas, and yet was not punished whatsoever … not even a fine.

Tim Leiper missed one game because he merely poked his head out of the dugout to see what was happening. Yes, this is what a one-game suspension looks like.

To me, the fact that Kevin Pillar and Josh Donaldson walked away without suspensions is quite a surprise.

Kevin Pillar was a tornado of fists, throwing haymakers in every direction. Josh Donaldson bolted from the dugout and tackled several Rangers players (narrowly missing a punch by Rougned Odor in the process).

Then there’s the case of Jose Bautista. If you think about it, he never did anything that warranted a suspension. Bautista simply slid hard into second base, and his punishment was immediate – the double play called as a result of the new slide rule. It should have ended there.

I’m not exactly sure what qualifies as “actions during the incident” that led to a one-game suspension for Bautista, but it likely had much more to do with his post-game comments about the umpiring and sliding into second base.

Jose Bautista said the umpires mismanaged the game and he “tried to send a message that he didn’t appreciate getting hit”. I’m sure that didn’t sit well with MLB’s governing office, and that’s where Jose Bautista was guilty of being a little out of line, not for what transpired on the field.

How about Matt Bush, the player who arguably started the whole thing? It’s interesting to me that MLB clearly acknowledged in their press release that Bush “intentionally threw at Bautista”, and yet the only punishment that Matt Bush received was a fine.

So, after the fact, MLB deemed that Bush purposely hit Bautista … so why wasn’t Bush ejected on the spot? As Jose Bautista suggested, Dan Iassogna didn’t have a firm grasp on that game, and ejecting Matt Bush may have diffused the situation.

I thought MLB was trying to crack down on head-hunting, but by allowing Matt Bush to get away scot-free, they’re essentially saying “it’s okay to hit people; just make sure you do it before a warning has been issued”.

Ultimately, I wouldn’t be surprised to see Jose Bautista win his appeal and ultimately just pay a fine. Rougned Odor might see his suspension shortened from eight games, but if it ultimately ends up being anything less than six games, it doesn’t send a very good message.

Ian Hunter
Ian has been writing about the Toronto Blue Jays since 2007. He enjoyed the tail-end of the Roy Halladay era and vividly remembers the Alex Rodriguez "mine" incident. He'll also retell the story of Game 5 of the 2015 ALDS to his kids for the next 20 years.
Tags : basebrawl     Blue Jays     Jose Bautista     Texas Rangers 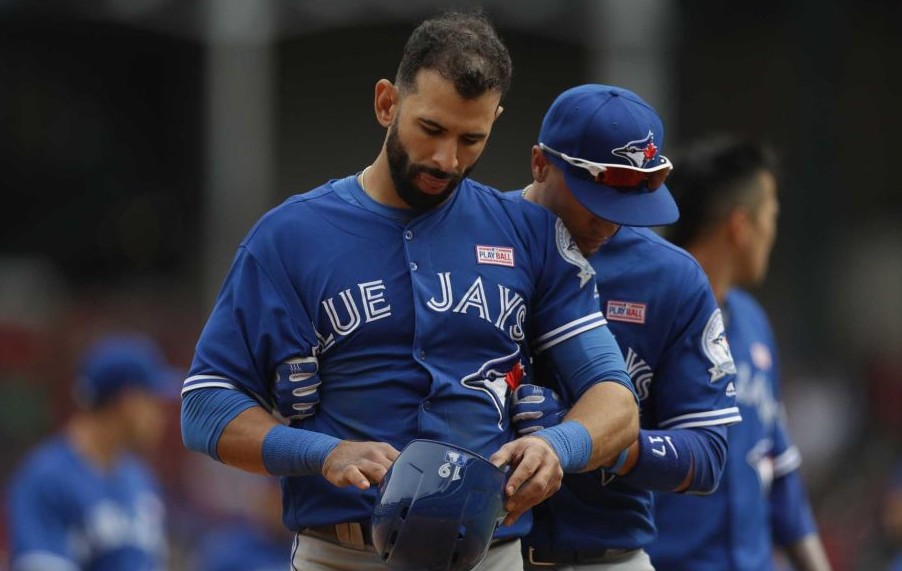 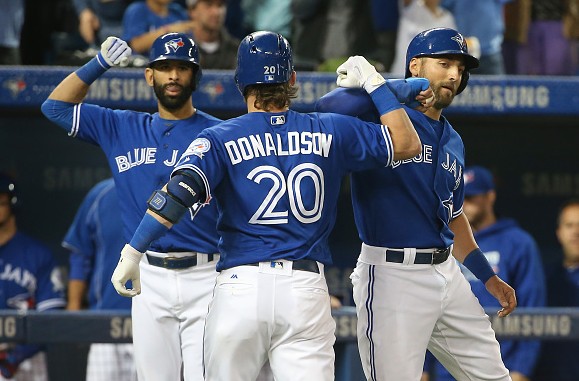