Flashback Friday: “The Trenches” – The Unsung Heroes of the 1992 Blue Jays

The playoffs are where heroes are born. Mid-to-late October is when players solidify their legacies.

But it’s not always the ace starting pitcher, a middle of the order hitter or even the closer. Sometimes, heroes come from the most unsuspecting places. Like for the 1992 Toronto Blue Jays; their bench.

For this week’s Flashback Friday, we take a look back at the men affectionately referred to as “the Trenches”: Ed Sprague, Derek Bell and Turner Ward.

When most people think of the 1992 World Series Champions, they think of Roberto Alomar, Dave Winfield, Pat Borders and Joe Carter. They don’t necessarily think about bench guys like Sprague, Bell and Ward. But the Trenches were also instrumental in the Blue Jays’ success.

So why were they referred to as the “Trenches”? From SI Vault, here’s an explanation in this article originally published in Sports Illustrated by Steve Wulf.

(Sprague) and two other Blue Jay reserves, outfielders Turner Ward and Derek Bell, started something called the Trenches, a silly little rally routine that has enlivened the Toronto bench.

They lay a towel labeled TRENCHES on the top step of the dugout, near the bat rack. Bell, the loader, pulls out a bat belonging to a Blue Jay teammate who’s about to hit.

He passes the bat to Sprague, the exchanger. As the batter comes to the plate, the bat is handed to Ward, the shooter, who fires off an imaginary volley at the opposing pitcher.

”If we need a big homer, like tonight,” Ward said Sunday night, ”I turn the bat around and make it a bazooka.”

While I don’t think this exchange was ever caught on camera, it would’ve been amazing to watch the sequence of Sprague, Bell and Ward preparing the bats for their teammates.

Video via Mop Up Duty

Pat Borders is often remembered as one of the heroes of the 1992 World Series, but even the World Series MVP lends a lot of credit to the Blue Jays bench that series.

Atlanta had those sunken dugouts. Derek Bell, Turner Ward and Ed Sprague weren’t in the starting lineup. So, they’d sit at the end of the dugout and said they were in the trenches.

Then the guys in the trenches came through … Bell pinch hits and draws a walk … Sprague hits the pinch-hit homer with one out. If Sprague rolls over on that pitch into a double play we come home down 2-0. We probably don’t win.

For the most part, these three guys were relegated to the bench for most of the World Series; but what few opportunities they got in the Fall Classic, they certainly made the most of them.

Derek Bell and Ed Sprague helped spark a rally in Game 2 of the 1992 World Series. Facing the Braves’ closer Jeff Reardon, Bell drew a one out walk in the top of the ninth inning. And then Ed Sprague provided the ninth inning dramatics.

Game 2 of the 1992 World Series was a game that was won by the Trenches. Without that walk by Derek Bell and subsequent home run by Ed Sprague, the Blue Jays were very close to returning to Toronto down 0-2 to the Braves in the World Series.

Collectively, Sprague, Bell and Ward only accumulated five plate appearances in total. I’m not sure if Turner Ward was even on the Blue Jays playoff roster. But these guys proved that every player has a place in the dugout.

Even though some roles may not be as glamorous or come with as many accolades, everybody plays an integral role. And for Ed Sprague, Derek Bell and Turner Ward, it was as the guys who did the grunt work for the 1992 Blue Jays.

And that’s why the “Trenches” will always live on in Blue Jays lore.

Ian Hunter
Ian has been writing about the Toronto Blue Jays since 2007. He enjoyed the tail-end of the Roy Halladay era and vividly remembers the Alex Rodriguez "mine" incident. He'll also retell the story of Game 5 of the 2015 ALDS to his kids for the next 20 years.
Tags : 1992 World Series     Derek Bell     Ed Sprague     Flashback Friday     Turner Ward 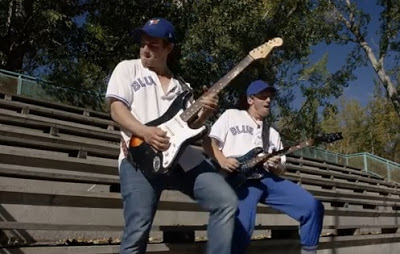 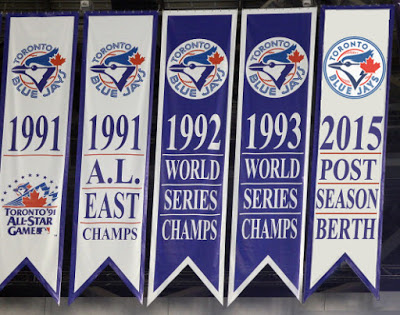 The Blue Jays’ 22-Year Playoff Drought is Over