Flashback Friday: Dave Stieb Appears in Tesla’s "The Way It Is"

That’s exactly what Telsa and Dave Stieb accomplished back in 1991; the focus of this week’s Flashback Friday. Yes, believe it or not … Dave Stieb appeared in Telsa’s video for “The Way It Is”.

Blink and you might miss it, but that was in fact the Blue Jays’ own Dave Stieb playing catch with Tesla’s bass player, Brian Wheat. In fact, Wheat himself even wore a Blue Jays jersey in the video himself.

So why exactly would Dave Stieb make an under-the-radar cameo in a hair metal video? The only possible connection between Tesla and Stieb is that both the pitcher and the band established their roots in California.

Stieb was born in Santa Ana California and attended high school in San Jose, while Tesla originated in nearby Sacramento, California.

Dave Stieb is quite famously linked with Geddy Lee and Rush, as the two have jammed together since Stieb is apparently quite the guitar player. It’s entirely possible that Stieb was a Tesla fan as well.

There was an interesting comment left on the Tesla website by one of their fans which may indicate just that.

“Jeff and Brian last time I saw you was with Dave Stieb here in Tampa . We all went to see Sam Kinison and Rick Allen was with us. Still have the Ovation…hope to see you soon.”

Hat tip to the Blue Jays Subreddit for unearthing this video

Ian Hunter
Ian has been writing about the Toronto Blue Jays since 2007. He enjoyed the tail-end of the Roy Halladay era and vividly remembers the Alex Rodriguez "mine" incident. He'll also retell the story of Game 5 of the 2015 ALDS to his kids for the next 20 years.
Tags : Dave Stieb     Flashback Friday     video 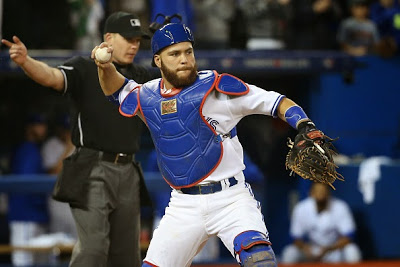 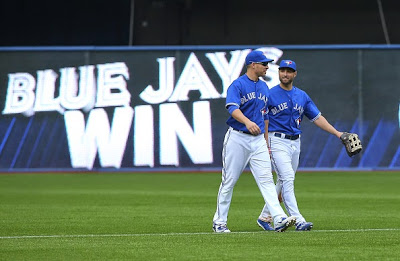 3 Up 3 Down: Donaldson, Gibby and Osuna