The BJH Guide to the 2015 Blue Jays Home Opener

The Toronto Blue Jays Home Opener – it’s about as close to a playoff atmosphere as one can get. The game itself may have very little bearing on the overall results of the season, but for one night … it’s a chance for the Blue Jays and their loyal fans to take centre stage.

It seems like most fans that are attending tonight’s game already know what to expect; big crowds, long lines and rowdy fans. While you may not be able to avoid most of those things, there are ways to mitigate the Home Opener side effects.

With over 48,000 people set to go travel through the turnstiles at the Rogers Centre at the Home Opener, here are a few things to keep in mind to make your Home Opener experience as smooth and fun as possible.

Getting to the Game

Public transit really is your first and foremost method of travel to the game. If you’re traveling on the TTC towards Union Station, I always get off at St. Andrew Station and walk the 10-ish minutes west to the dome.

I’m not positive that it’s actually faster this way, but it certainly seems like it. This way, not only can avoid the massive crowds at Union Station, plus it also allows you to hit up a hot dog cart or a bar for an impromptu pint along the way to the ballpark.

For those who are accustomed to taking the Spadina streetcar down to the Rogers Centre, please note that Spadina/College is closed for construction, as noted by the TTC. The Streetcar will be replaced by shuttle buses, so you’re better off taking the subway.

If you’re traveling from out of town (especially East of the city), the Go Train really is your best option. Trains only run every 30 minutes at night, but it’s likely the most streamlined and hassle-free way to get out of town.

One downside is that the last train out of Union leaves at 12:43am on Monday night, so make sure you get those last minute pints finished in time before last train.

A note that Yorkdale Mall is still a complete mess for parking, so for those like myself who are used to parking there and taking the subway down, avoid Yorkdale at all costs. Even if you do find a parking spot, you’ll have a walk a mile to the subway station.

You’re much better off parking at Wilson Station (one stop north on the Yonge-University line), which has ample parking, and it’s just a short trek to the station. However, parking will cost you $2 dollars there.

Getting into the Game

This is where things are a little different for 2015. This year, MLB implemented metal detectors at every Major League ballpark, which inevitably is going to mean some longer delays than usual at the Blue Jays Home Opener.

This is just my guess, but if you were planning on getting to the Rogers Centre an hour before game time, I would get there at least 90 minutes ahead of game time (maybe even earlier).

Because this will be the very first game where metal detectors are introduced, inevitably there will likely be some hiccups in the system and will likely lead to delays. So make sure to get there early, because there’s nothing worse than waiting in line while the game’s going on.

Here is the one hitch in the entire process which may hold things up significantly prior to the Home Opener (via the Blue Jays website).

“Gates will open at 5:00pm and Blue Jays fans are strongly encouraged to arrive early as new MLB security procedures will be in place at all 30 MLB stadiums.

Cell phones, keys or any metal objects must be removed from your person and placed in bowls before passing through our detector.”

This is the sign that will greet fans at the gate tonight (via Stephen Brooks of the Blue Jays). While this sign mentions nothing about removing keys from your person, you will have to remove your cell phone and keys and put them in a bowl prior to entry.

So will this create delays at the gates? Implement a new security procedure, multiply it by 48,000 fans who have never had to remove their keys and cell phones before entering the Jays game, and yes … there’s inevitably going to be a backlog at the gates.

Getting a Beer at the Game

Beer and baseball – they go together like peanuts and Cracker Jack, and hot dogs and mustard. Subsequently, plenty of suds will be consumed at the Home Opener, and here are a few tips on how to snag those beers hassle-free.

If you’re seated in the lower levels, sometimes your best bet is to actually run into a beer vendor before they even head down to their section.

They tend to sometimes congregate around the ramps of 130 and 113, so if you can find a vendor at an opportune time, transactions usually go fairly quickly.

Aside from that, your best bet might be to just wait until a beer vendor comes to your section. Waiting at the traditional beer stand could be a long wait, and personally, I’d rather sit in my seat and go thirsty for a few innings rather than stand in line and miss a chunk of the game.

Remember that it’s a two beer limit per person, per transaction. To expedite the process, just get your ID out no matter what (unless you resemble Gandalf, then you can probably fore go the ID).

According to the Blue Jays Beer & Bar Experience page, this is the selection that fans can look forward to this season. Among the new selections are Hockley Dark, Goose Island Honkers Ale, and yes … Bud Light Apple.

I will likely make it my sole mission to find a Bud Light Apple at the game.

Dos and Dont’s at the Game

Do – get a 50/50 ticket. Even with slim chances to win, the jackpot will be astronomical.
Don’t – get up in the middle of play … unless it’s absolutely necessary.

Do – bring your own snacks! The last few years, they’ve been handing out Spitz anyway.
Don’t – try to visit the Jays Shop. The lineup’s going to be nuts.

Do – be courteous to the ushers. Remember, they’re just doing their job.
Don’t – be a prick. Have fun, but don’t do it at the expense of others.

One of the many great things about having the stadium so close to downtown is there are no shortage of establishments to visit before and after the Jays Home Opener.

It seems that most tend to congregate along Front Street, and there are all the typical bars like Hoops and The Loose Moose, but for those looking to venture a block or two outside of the epicentre, there are a slew of other options.

Steam Whistle is holding a Home Opener Pre-Game Party at the Roundhouse from 3-7pm (just across the street from the Rogers Centre). They’ll have beer and food on hand, plus some batting cages for fans to get in a few cuts before the game.

The Amsterdam Brewhouse on Queen’s Quay is another great option. The pub is huge, but because of its proximity to the ballpark, it will likely fill up quickly. A quick note if you go to the Amsterdam, definitely try the Cruiser All Day Pale Ale.

If you’re willing to head a few blocks east of the Rogers Centre, C’est What has been recommended, and just down on The Esplanade, there’s basically a built in mini pub-crawl with five bars in the span of one block.

Further north of the Rogers Centre, Shoeless Joe’s on King Street West is kind of tucked underground, which a lot of people tend to walk right by.

For those who weren’t able to snag tickets to the game itself, don’t forget that Tallboys on Bloor Street West will also be holding their own Home Opener Party.

Ian Hunter
Ian has been writing about the Toronto Blue Jays since 2007. He enjoyed the tail-end of the Roy Halladay era and vividly remembers the Alex Rodriguez "mine" incident. He'll also retell the story of Game 5 of the 2015 ALDS to his kids for the next 20 years.
Tags : 2015 Home Opener     Home Opener     Rogers Centre 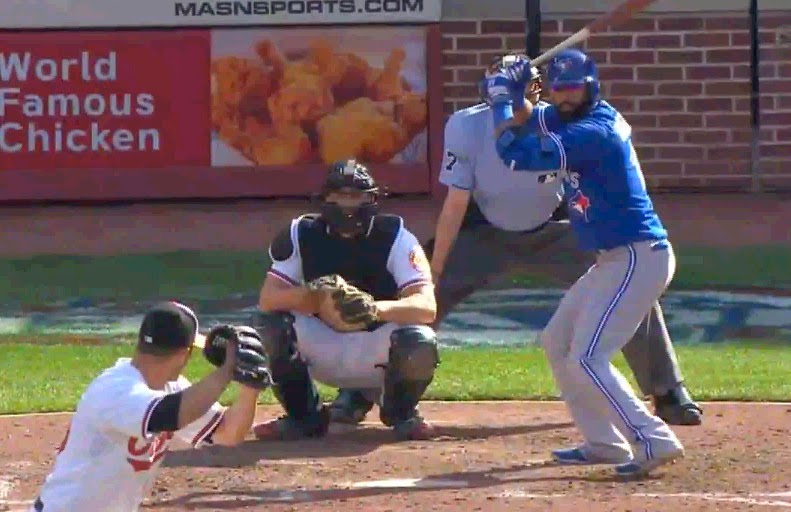 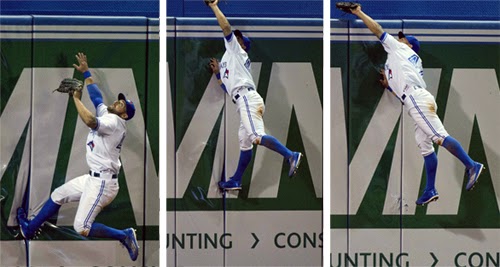