It sure was great to see Roy Halladay in a Blue Jays uniform once again, wasn’t it? While Friday’s Home Opener may have been forgettable, the appearance by one Harry Leroy III made it all worthwhile.

Prior to the game, Halladay said on Twitter that he would throw his famous cut fastball as the ceremonial first pitch from Friday’s game, and true to his word … he did.

Throwing the First Pitch! Wish Jeter was in the box! Think Ill throw a cutter…. Sorry Philly will be there soon! pic.twitter.com/ZbwRF8jMPS
— Roy Halladay (@RoyHalladay) April 3, 2014

Most likely thought Doc was joking about throwing his signature pitch which carved up countless hitters over the years, but here’s a screencap of his cutter grip. Perhaps he threw it that way out of habit.

And not to mention, the pitch he threw to Mark Buehrle was straight down the heart of the plate. Of course, you may remember Halladay and Buehrle combined once to pitch a game that lasted only one hour and fifty minutes.

The laser-like precision of this pitch just goes to prove that Doc’s still got it.
GIFs of Halladay’s first pitch after the jump.

Ian Hunter
Ian has been writing about the Toronto Blue Jays since 2007. He enjoyed the tail-end of the Roy Halladay era and vividly remembers the Alex Rodriguez "mine" incident. He'll also retell the story of Game 5 of the 2015 ALDS to his kids for the next 20 years.
Tags : Home Opener     Mark Buehrle     Roy Halladay 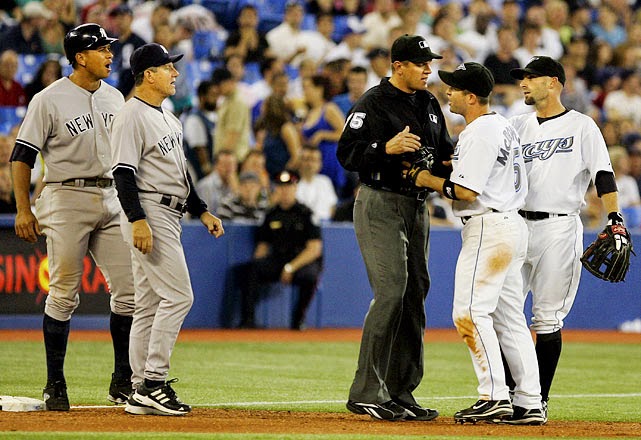 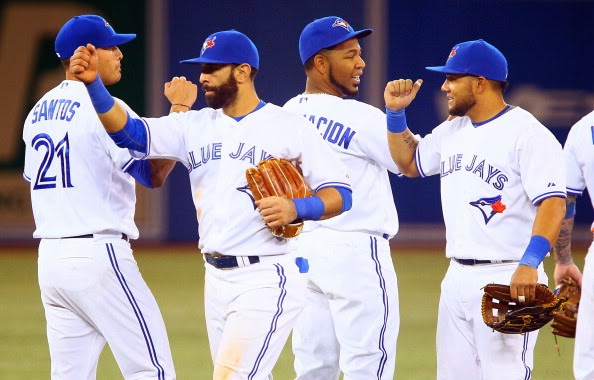 3 Up 3 Down: Melky, Lawrie and Santos