So Long, John: Farrell Flies the Nest for Boston

It seems like it wasn’t all that long ago when the Blue Jays finally announced their new manager after their exhaustive search; John Farrell was introduced as the 15th skipper in franchise history back on October 25th 2010.

Now just two short years later, Farrell has flown the nest and will take over as the new manager of the Boston Red Sox. For John Farrell, that’s effectively going from the frying pan in Toronto to the inferno in Boston.

Knowing what we know right now about this deal, I’m at peace with it. If the truth is that John Farrell wanted to go to Boston, then there was no sense in keeping him around next year and then let him walk at the end of 2013 for nothing.

I feel like John Farrell really didn’t get a fair shake during his short tenure in Toronto. Obviously the injury-riddled 2012 season didn’t give Farrell very much to work with, and of course now we learned that his hands were tied in even carrying players like Omar Vizquel on the roster.

I don’t doubt that John Farrell could have done a great job as manager if he had all the tools and a healthy team. But then again, maybe almost any manager could do an adequate job with the very same squad at his disposal. Depending on whether or not you think a manager’s impact on a team is negligible or not, skippers are always replaceable.

I don’t really care who manages the Blue Jays. I’m more concerned with who’s on the field. They make the manager.— Navin Vaswani (@vaswani_) October 21, 2012

This is why I’m not really all that concerned about letting John Farrell go to the Red Sox. Because the Blue Jays still have a slew of resumes on file from their managerial search just a few years ago. And I wouldn’t be surprised if the new manager was one of those finalists from last year around.

Yes, it would’ve been great to get Dustin Pedroia or Clay Buchholz as compensation in return for John Farrell, but frankly the fact that the Blue Jays received anything of value in return should make fans happy.

Dealing managers for players is like trading apples for oranges … not all parties are created equally. Any time you can get a position player in return for a bench boss is a bonus.

Mike Aviles isn’t going to set the world on fire by any means, but he’s a serviceable infielder that could either start at short or third, or even ride the pine as a bench bat or backup infielder.

There are really two schools of thought on this whole John Farrell thing; on one hand, having your manager poached by the Boston Red Sox is incredibly disheartening and deflating. On the other hand, getting something in return for a manager who wanted out of town anyway seems like more than a fair compensation.

It’s unfortunate that the Blue Jays have to begin their managerial search all over again, but it’s not like they have to start at square one. Once the wheels were in motion for this trade to happen, I’m confident they already had somebody in mind to take over the helm as the new manager anyway.

From a PR standpoint, there’s almost no way Alex Anthopoulos can spin this news in a positive light. There’s no amount of twisting of words and phrases that can make the Blue Jays fans feel any better about suddenly losing their skipper.

From the outside looking in, it appears as though the Toronto Blue Jays are now in shambles. It’s not just for the sake of being hyperbolic, but the team posted one of their worst records in franchise history, their roster was decimated by injuries, and their manager just flew the coop. In a nutshell, 2012 has been hell for Blue Jays fans.

However, there is one positive side effect from this entire debacle – it’s a fresh start for the Toronto Blue Jays. It’s an opportunity to wipe the slate clean, starting with a brand new manager, possibly an entirely new coaching staff, and hopefully some new impact players on the Opening Day roster.

Ian Hunter
Ian has been writing about the Toronto Blue Jays since 2007. He enjoyed the tail-end of the Roy Halladay era and vividly remembers the Alex Rodriguez "mine" incident. He'll also retell the story of Game 5 of the 2015 ALDS to his kids for the next 20 years.
Tags : John Farrell     manager     Mike Aviles     new manager
Previous post

The BBA Ballot: Awarding the AL’s Best in Baseball 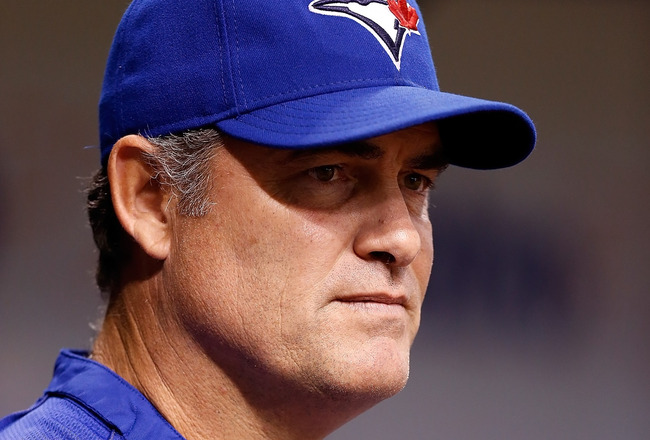