Back in 2007, it was a much different time for the Toronto Blue Jays. The team was always on the outskirts of contention, always hopeful of making the playoffs, but never talented enough to get there.

Most people weren’t even on Twitter yet, Facebook was in its infancy and there were very few outlets for Toronto Blue Jays fans to vent their frustrations. Like many under-served fans, I turned to Drunk Jays Fans, Tao of Stieb and Ghostrunner on First to read musings on the Blue Jays.

Those sites were the inspiration behind this one. That all started 10 years ago. Where has the time gone?

This week marks the 10-year anniversary of The Blue Jay Hunter. Truth be told, this is a self-indulgent post, but damn it if I can’t get a little reflective after 10 years of trudging through some awful Blue Jays seasons and pounding at a keyboard about them.

I’ll admit, the early years were a little rough. If I go back and read basically any post from 2009-2011, I immediately cringe … but it was cool to have my own little corner of the internet to share my weird musings on the Blue Jays.

It was a fun time to be a Blue Jays fan back then (maybe because it felt like there were so few of us), but in retrospect, it was a dark chapter in Toronto Blue Jays history. At the time, there really wasn’t much to cheer for – save for Roy Halladay starting every five days.

To anyone who has read and to anyone who continues to read this site, thank you. It’s been a real pleasure to follow and write about this baseball team. It’s provided solace and a safe haven for hope over the years, and I’m glad to have shared my experiences with you.

There were a few times over the years when I considered packing things up and moving on to something else, but the Blue Jays just kept bringing me back. The summer of 2015 totally reinvigorated my passion for baseball writing and Blue Jays fandom.

Over the years, I’ve been afforded some great opportunities (in addition to writing my own Blue Jays blog). If you enjoy my work, please check out my writing over at the Sporting News as well as Daily Hive. They chose to take a chance on me this year and it’s been great fun.

For whatever reason, whenever my birthday rolls around, my friends take the opportunity to celebrate the occasion by posting embarrassing photos of me from the past, so here’s a pseudo equivalent of that for this blog.

It’s an awkward look back at the first-ever post on “The Blue Jay Hunter” (which was a Blogspot address at the time) from August 9th, 2007. In a roundabout way, I have one of Alex Rodriguez – one baseballs best villains to thank for motivating me to start this site.

I wrote my very first post the night that Josh Towers intentionally threw at A-Rod in retaliation for yelling “mine” behind Howie Clark. A-Rod’s reaction spawned this article, so I can’t believe I’m writing this, but thank you A-Rod.

Again, thank you for reading, commenting and your support over the years.

Well, he finally got what he deserved.

No, I’m not talking about Barry Bonds hitting elusive home run number 756. I’m talking about A-Rod getting drilled in the leg by a Josh Towers pitch.

It was bound to happen. For a while there, I didn’t think the Jays were going to retaliate because of the “ha” incident, but indeed it happened this week.

It may have taken 2 months, but Alex Rodriguez finally got what he deserved. Luckily, I managed to watch it all unfold live; and sadly, that was the most exciting part of the Jays 9-2 loss to the Yankees.

In baseball, there is this “unwritten code” that allows pitchers to hit batters with a wild pitch as a means of revenge. And Josh Towers did exactly that; he got even with A-Rod. The unfortunate thing is that walk cost the Jays. The very next batter, A-Rod scored to give the Yankees a 3-0 lead, in an eventual 9-2 win.

Maybe I am biased, but I think Clemens plunking Alex Rios in the 7th was uncalled for. Given, he did get tossed for the play, but still. The entire Yankees dugout knew that A-Rod was going to get tossed at eventually; and the Jays finally cashed in their revenge chips. At that point, everything was even and square, but Clemens had to take it one step further.

The Jays may have lost the game, but I think it was more so a chance to bury the hatchet – so to speak. The team finally paid A-Rod back for his antics at Rogers Centre in May. Now, the Jays can focus on winning, and getting back in the Wild Card race.

And by the way – if I’m going into a fight, I definitely want Matt Stairs on my side. Just saying.

Ian Hunter
Ian has been writing about the Toronto Blue Jays since 2007. He enjoyed the tail-end of the Roy Halladay era and vividly remembers the Alex Rodriguez "mine" incident. He'll also retell the story of Game 5 of the 2015 ALDS to his kids for the next 20 years.
Tags : Blue Jay Hunter 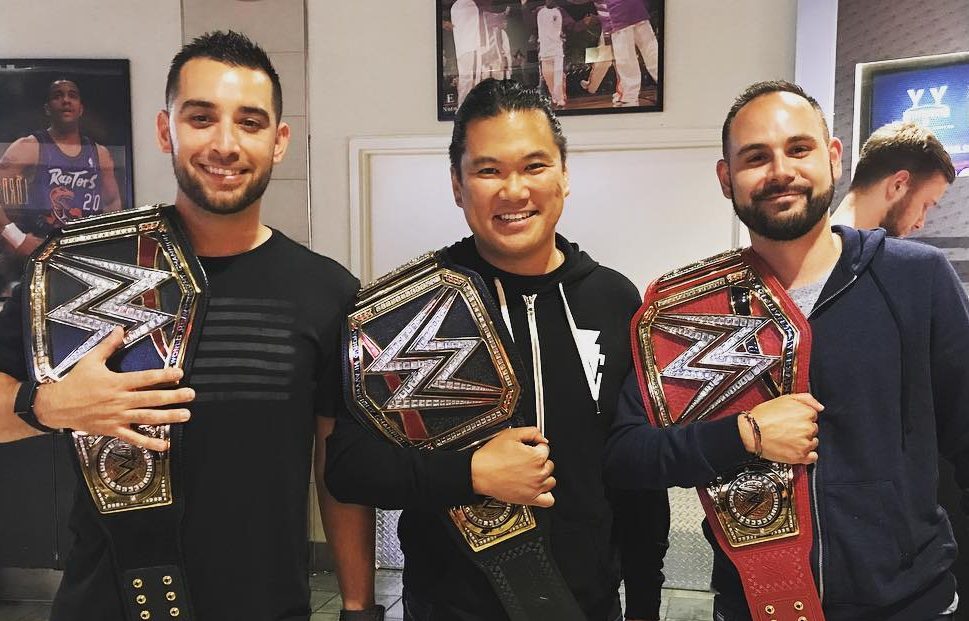 Was That Marco Estrada Ringside at WWE Raw? You Bet It Was 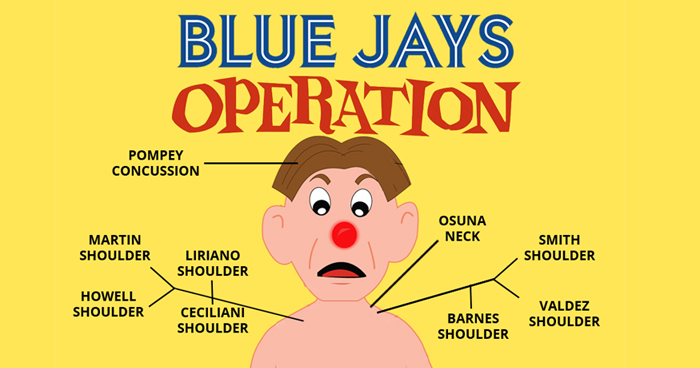 Blue Jays Operation: All 30 of the Blue Jays’ Injuries