Admittedly, there aren’t too many options out there when it comes to Blue Jays-centric books. But there’s one Jays book out there I’ve been meaning to read for years and finally got around to finishing just this week.

So as a pseudo book review, for this week’s Flashback Friday we’ll take a look back at Dave Stieb’s book, “Tomorrow I’ll Be Perfect”. First off, this book is somewhat of a rare find, as it’s really only available on Amazon or eBay.

The title itself alluded to Stieb’s numerous brushes with a perfect game and no-hitter during his career with the Blue Jays, but it was actually published in 1986; long before many of Stieb’s near no-hitters and perfect games.

The book is co-written by Toronto sportswriter Kevin Boland, but it’s never really indicated how much of the book is ghost written, but considering it’s mostly inked in first-person, I read it as Stieb having most of the input.

It chronicles his rise to the big leagues as an up-and-coming high schooler, to a position player who only really pitched in mop-up situations, to one of the driving forces of the Toronto Blue Jays in the 1980’s.

Dave Stieb was undoubtedly one of (if not the) best Blue Jays pitcher of all-time, and this book was really the only glimpse fans got into his world. For the most part, Stieb was a private man and typically didn’t do many interviews with the media.

During his time with the Blue Jays, Dave Stieb was notorious for being quite harsh on his teammates and less hospitable towards the media. This book absolutely reinforces all those notions.

Among the many things Stieb mentions in “Tomorrow I’ll Be Perfect” are his arbitration hearings with the Blue Jays, contract disputes with the club, issues with his agents, and his argument for winning the Cy Young Award, among many other things.

“To say I was robbed in the Cy Young voting would (mildly) overstate the case. Just the same, the terms of the award dictate that it should go to “the best pitcher in the league”.

Disappointed as I might have been at the tendency of the typewriter jockeys to go with a front runner, I cannot say I was all that surprised.”

Notice that subtle dig at the media there? Later on, Dave Stieb was much more direct with his feelings on the Toronto sportswriters of the day.

“Maybe some players need six weeks but, personally, I think it’s for the sportswriters. Sweating out nine innings in a hot press box, especially with all those cold beers and hot dogs back in the Labatt’s hospitality centre, takes discipline. Sometimes, I wonder where they find the stamina.”

Wait … they used to serve beer in the press box?

The book sticks mostly to Dave Stieb’s life on the field, but there are some cool pictures included in the book of him and his family, and also a rare photo of Stieb rocking out with the members of Rush.

Apparently playing his guitar was one of Dave Stieb’s favourite ways to unwind after putting in a hard day’s work on the mound.

However blunt as he might be, Stieb actually made a very salient point about baseball on the surface being a team sport, but in essence being a series of one-on-one battles.

“More than any sport, in my opinion, baseball is a team sport played by the individual. Pitcher versus hitter is the most solitary of battles in sport, yet no confrontation is more pivotal to success for either team. And yet, as alone as the pitcher be, he must rely on eight of his teammates to make the outs.

As singular as the efforts of the participants tend to be, even though they are tuned to a common goal, it stands to reason that the striving for individual recognition is for the collective good.”

With this little bit of insight, we begin to understand why Dave Stieb did some of the things he did; why he glared at his teammates for missing routine plays.

He was always striving to do his very best, and when someone else prevented him from doing that (whether it was guys on the same team or not) Stieb got very upset.

That ire also extended towards official scorers, as Stieb aired one of his grievances about not winning the ERA title in 1984.

“I lost the ERA title in my second-last outing of the season to Mike Boddicker of the Orioles (2.83 to 2.79) in that 14-6 blowout by the Red Sox. There was one brutal call by the official scorer, which I figure cost me a couple of earned runs and the title, but what’s the sense of complaining?

I was mad about it all winter, I confess, but I think it gave me a little extra incentive to get even the next summer.”

As a pitcher, they say it’s a good quality to have a short memory, and clearly Dave Stieb did not. He very vividly recalled plays like these many years after the fact, and held contempt towards the official scorer of a game.

From what I gathered from reading “Tomorrow I’ll Be Perfect”, Dave Stieb was the consummate competitor, almost to a fault. But it was that very competitive nature which got Stieb to where he was – one of the best pitchers of his era.

Dave Stieb may not have been perfect, but when it comes to players who have worn the Toronto Blue Jays uniform, he came pretty damn close.

[Related: Flashback Friday – Dave Stieb’s Cameo in Tesla’s “The Way It Is”]

Ian Hunter
Ian has been writing about the Toronto Blue Jays since 2007. He enjoyed the tail-end of the Roy Halladay era and vividly remembers the Alex Rodriguez "mine" incident. He'll also retell the story of Game 5 of the 2015 ALDS to his kids for the next 20 years.
Tags : book review     Dave Stieb     Flashback Friday 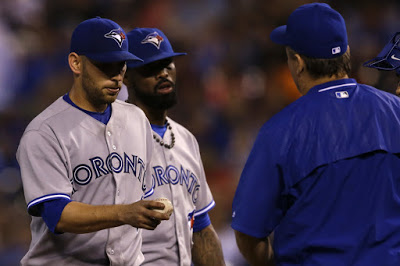 A First Half of Frustrations for the Blue Jays 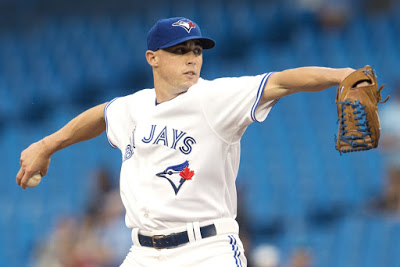 Why Is Aaron Sanchez Going Back into the Bullpen?