“Hey Dad, wanna have a catch?”

Every time I watch that famous scene from “Field of Dreams”, I get a little misty-eyed. Mostly because I couldn’t imagine an instance where a son wouldn’t be able to play catch with his father.

No one can deny the special bond between fathers and their sons and daughters … and for many of them, that link is deeply-rooted thanks in part to baseball. That’s why for many, Father’s Day has become synonymous with the game of baseball.

It was no different for John McDonald and his father Jack. As a man with 27 career home runs to his name, McDonald isn’t your typical power hitter. During his time with the Blue Jays, Johnny Mac will undoubtedly be remembered what he did with his glove, not his bat.

Although he may not have possessed a home run swing like that of George Bell or Jose Bautista, John McDonald hit what will be remembered as the most emotional home run in franchise history.

It’s all rather poignant as we get set to celebrate dad’s special day, and so for this week’s Flashback Friday, we take a look back at John McDonald’s home run on Father’s Day 2010.

The game itself was all but over for the Blue Jays. The game was well out of reach as they trailed the San Francisco Giants 9-3. It was during the bottom of the ninth when Cito Gaston decided to make a late game defensive substitution; swapping Aaron Hill for John McDonald at second base.

John McDonald was activated from the bereavement list on Father’s Day 2010. And in his very first at bat with the Blue Jays just days after losing his father Jack, McDonald struck a ball to left that just narrowly cleared the fence.

John McDonald isn’t the type of player to celebrate his own plays, but as he rounded first base he let out a huge fist pump in celebration. As he rounded second, John was visibly overcome with emotion, and as he touched home plate, he pointed to the sky as a tribute to his late father, Jack.

As if it weren’t incredible enough that John McDonald hit a home run on father’s day, it was actually something Jack McDonald requested just days before passing away; he wanted his son John to hit a home run just for him, and when he did, he wanted John to point towards the sky.

WFSB in Connecticut had a great feature on the life of Jack McDonald, and the back story leading up John McDonald’s special moment on Father’s Day.

I don’t think John anticipated that in his very first at bat after being activated off the bereavement list, he would clear the yard with the two-run home run … but he did.

Not only did he show up that day to play, but John McDonald also insisted on being there on Father’s Day for a Q & A with fans before the game; a tradition John and his father Jack had participated in during years past.

John Lott of the National Post captured John McDonald’s post-game interview following the game, and I wouldn’t be surprised if there wasn’t a dry eye in the Blue Jays clubhouse that day as McDonald describes the experience in the video below.

John McDonald’s home run on Father’s Day was a moment that transcended sports. Whether or not you’re a Blue Jays fan or even a baseball fan, everyone can appreciate that special moment.

Baseball at its core is a game, something completely trivial, and very rarely does baseball ever intersect with real life. But when it does, it creates truly special moments like this …. moments which people will remember for the rest of their lives.

So this Sunday on Father’s Day, make sure to give your dad an especially big hug.

Ian Hunter
Ian has been writing about the Toronto Blue Jays since 2007. He enjoyed the tail-end of the Roy Halladay era and vividly remembers the Alex Rodriguez "mine" incident. He'll also retell the story of Game 5 of the 2015 ALDS to his kids for the next 20 years.
Tags : Father's Day     Flashback Friday     John McDonald
Previous post

J.P. Arencibia Is Who He Is 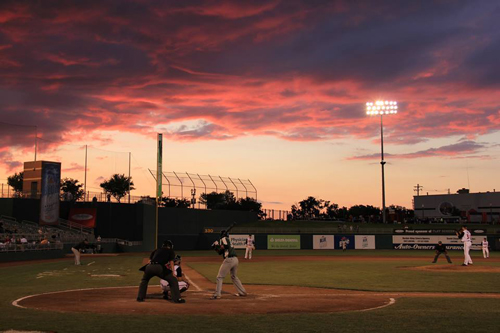