The Toronto Blue Jays have two options when it comes to improving their starting rotation this offseason – buy or trade. They can either go out and overpay for free agent starting pitchers, or they can go about it the Alex Anthopoulos way and make a trade.

While AA has never outright come out and said the Blue Jays would be aggressive in the free agent market, Alex has indicated the team would be more like to make a trade. And now more than ever, cost-controlled arms are among some of the most highly-coveted assets in baseball.

Knowing Alex’s tendencies, my fear is his list of prospective targets will consist of pitchers which are under team control or already have a contract in place for the foreseeable future. In this exercise, AA has to be weary of falling in love with the contract or years of control rather than just going after the best pitcher available.

However, that’s precisely what I did when I scoured Cot’s Baseball Contracts for some plausible starting pitcher trade targets for the Blue Jays. After all, to think like AA you have to act like AA.

It really is a fine line Anthopoulos has to walk between finding a SP that’s both controllable and extremely talented … because what’s the point of going out and getting another Henderson Alvarez? He may be a cost-controlled arm, but would another arm of Alvarez’ calibre significantly improve Toronto’s starting rotation?

If the Blue Jays are going to give up the farm for a decent starting pitcher, that player not only needs to immediately improve the rotation, but he has to provide value for the duration of his deal as well. It’s a mighty task that the Blue Jays have ahead of them, but one that’s not entirely impossible.

Although it’s difficult to gauge which players may or not be on his radar, taking his past transactions into consideration, here’s a breakdown of some starting pitchers that Alex Anthopoulos could be targeting this offseason.

Of all the potential trade targets out there, Jon Niese’s contract almost seems like a match made in heaven for Alex Anthopoulos. Niese’s salary is pretty reasonable for the first few years, and if the Blue Jays so choose, they could always pick up those final two options.

Despite playing for the lowly New York Mets, Niese has been worth 7 wins above replacement, which is pretty respectable as far as starting pitchers are concerned. In the Blue Jays starting rotation, only Brandon Morrow and Ricky Romero have posted high WAR since 2010, so Niese could definitely slot in with the Blue Jays as a solid second or third starter.

I don’t know how willing the Mets would be to part with Jon Niese a mere seven months after they signed him to a five-year contract extension, but the Blue Jays definitely match up well for as a trade partner for New York.

Justin Masterson is yet another name that has been linked in trade talks with the Blue Jays. And invariably since the bug has been planted in people’s ears already, that likely means there is next no chance of a trade ever happening. However, there is no reason why Masterson shouldn’t be on AA’s radar.

What could be a tipping point is the fact that Justin Masterson is arbitration eligible for the first time in his career this offseason. Considering that Masterson has 96 starts under his belt the past three seasons, that will really work in his favour during arbitration negotiations.

And with another solid 2013 season, Masterson’s salary could escalate much higher in his final year of team control. So it really is a bit of a crap shoot from a budget standpoint in estimating what might happen with Masterson down the road.

Justin Masterson has miraculously made a living (in the AL Central nonetheless) by being a two-pitch pitcher, with just a fastball and a slider combo. Masterson is also predominantly a ground ball pitcher, which would bode well with a Lawre/Escobar/Hechavarria left side of the infield to back him up.

To me, Justin Masterson simply on his own doesn’t warrant an elite level package of prospects in return. Perhaps if the Indians want to package together Justin Masterson and Shin-Soo Choo, then that might make more sense for the Blue Jays to part with some of their better prospects.

Obviously the biggest concern with Brett Anderson is his injury history. Anderson already had Tommy John surgery last year, and shortly after he came off the DL in late August, Brett suffered an oblique strain which sidelined him for the remainder of the season.

Despite pitching in pitcher-friendly ballpark, Brett Anderson’s home and road splits are nearly identical. So there should be no concerns about skewed statistics since half his starts are at The Coliseum in Oakland.

When we’re talking about the Alex Anthopoulos school of thought, dark horse candidates actually end up being the odds-on favourites. And Ian Kennedy definitely fits the bill as a dark horse trade target for the Toronto Blue Jays this offseason.

I really like the fact that Ian Kennedy has posted 30 plus starts the past three seasons with the D-Backs, and durability is one thing the Blue Jays have been severely lacking these past few years. If Kennedy could give the Blue Jays thirty starts, that would help ease the need to call upon spot starters and dipping into the minors.

The only thing that frightens me a bit about Ian Kennedy is his unusually high career fly ball percentage at 42.1%. However, his batted ball statistics would probably translate fairly evenly in Toronto as the Rogers Centre boasts nearly identical dimensions as Chase Field.

He may not have seen any action in the 2012 postseason, but Mike Leake likely caught the eye of many MLB executives this past season with the Reds. Leake is under control through 2015 and wouldn’t become a free agent until 2016 at the very earliest.

Mike Leake is an especially attractive trade target because he would be the odd man out if the Reds do in fact move Aroldis Chapman into the starting rotation.

Leake comprised one fifth of Cincinnati’s rotation from Opening Day until Game 162, so I can’t imagine why the Reds wouldn’t just want to leave the rotation as is. Nevertheless the Blue Jays could desperately use the services of Mike Leake whereas the Reds could afford to give him up.

This is perhaps the trickiest trade target of the bunch because it comes from a team within the division. Who knows what kind of a premium that would add to the asking price of Hellickson, but I can’t imagine the Rays would part with him for anything less than a king’s ransom.

The Tampa Bay Rays have already mastered the art of developing home grown starting pitching, and one would think they’d be asking for highly-touted pitching prospects in return. In the case of the Blue Jays, that could mean parting with one and perhaps even two of the Lansing Three.

Jeremy Hellickson isn’t even arbitration eligible until 2014, so there really isn’t much concern at least in the foreseeable future about his salary jumping to an inordinate amount.

Also, Hellickson has fared pretty well these past two seasons against his opponents in the division. Facing the likes of the Yankees, Red Sox, Orioles and Blue Jays several times a year hasn’t fazed the Rays young starter, so the litmus test on whether he can hack it in the AL East has already been passed.

Ian Hunter
Ian has been writing about the Toronto Blue Jays since 2007. He enjoyed the tail-end of the Roy Halladay era and vividly remembers the Alex Rodriguez "mine" incident. He'll also retell the story of Game 5 of the 2015 ALDS to his kids for the next 20 years.
Tags : Alex Anthopoulos     starting pitchers     trade
Previous post 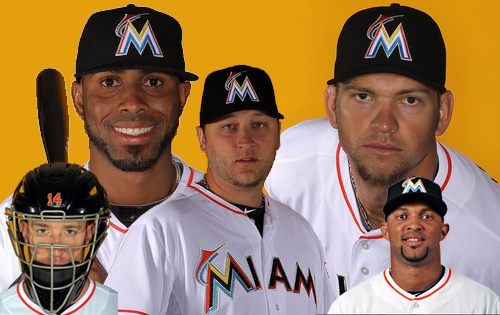