I remember that offseason quite vividly because it was one of the main reasons why I became interested in the Toronto Blue Jays again. The multitude of moves the front office pulled off during the 2005 offseason piqued my curiosity and brought be back into the fold as a Blue Jays fan.

The signing of A.J. Burnett and B.J. Ryan, the acquisition Troy Glaus and Lyle Overbay, all those things cultivated excitement about the team … something that had been absent for quite a few years.

What the front office did during the 2005 offseason sent a very clear message – they were not afraid to spend to contend.

Money was seemingly spent frivolously; a polar opposite compared to the cost-controlled days of today. While we didn’t know it at the time, it was
also effectively the death of any five-year contracts delved out to free
agents.

It’s hard to believe it’s been seven years since then, but the Blue Jays find themselves in a similar position now as they did following the 2005 season. The team was middling in the AL East, but with the moves they made, Toronto quickly vaulted themselves back into contention.

The results from those transactions may have come with mixed results, but ultimately there was no doubt about what J.P. Ricciardi was trying to do; no matter the cost, he was trying to put together a winning team.

With Alex Anthopoulos at the helm of this current regime, sometimes I’m not entirely sure of what his motivation is. It feels like he’s perennially building towards a winner, but at the same time it also feels like this team is constantly in a construction zone.

Many pundits are saying it’s imperative the Blue Jays need to make some big free agent signings and/or trades this offseason. While there’s nothing I’d love more than to see them open up the pocketbooks, the trend in recent weeks actually leans towards the opposite.

One lucrative cost-cutting measure was the “decline and sign” of Rajai Davis, which that saved the Blue Jays $500,000 dollars. Mike Aviles was due to get a salary bump in arbitration, and he was traded for Esmil Rogers. Another move that probably saved a couple million dollars.

AA is no stranger to delving out contract extensions to players already in the organization, but he has yet to sign a free agent to longer than a two year contract. In fact, the most amount of money a free agent has ever commanded is Darren Oliver at $4.5 million.

So who’s to say the purse strings will suddenly fly open this offseason? Alex himself even said they would have to get “creative” with the money they have available. The definition of “creative” isn’t overpaying the most sought after free agent starting pitchers.

People like to picture Rogers as a bottomless pit of money the Blue Jays can dip into at any time, but it sounds like the funds the Blue Jays have to work with are much more limited than they let on.

Why else then would the organization perform some creative accounting to save themselves $500,000 dollars? Unlike the cult classic, it’s not like Alex Anthopoulos has been written a blank cheque and has the free will to spend frivolously.

Just because the Blue Jays should go out and sign Edwin Jackson or Zack Greinke, doesn’t mean they will. But does that mean those are necessarily the best moves for the club at this very moment? The answer to that should undoubtedly be yes.

If the Blue Jays decide that this offseason will be the second coming of the 2005 offseason spending spree, it might keep the villagers from revolting for a short while, but ultimately what will keep the fans coming back is a winning product.

One quality of the J.P. Ricciardi regime that I really miss is the
transparency. There was no such thing as a
cone of silence, and he never backed away from questions. Heck, J.P.
even answered questions from fans with Mike Wilner on Jays
Talk.

I wish I could call in to “Wednesdays with J.P.” today and ask J.P.
Ricciardi if he could do it all over again, would he still sign B.J.
Ryan, A.J. Burnett and Frank Thomas to those huge contracts. I’m willing to bet that he would … because signing those players immediately made the Blue Jays better, not worse.

More often than not, there are more perils to not signing a free agent than by signing one. Even though it would likely be a great deal of money, the Blue Jays wouldn’t be in danger of mortgaging the future by opening the vault and bringing in some free agents.

On the other hand, they could very well be handicapping themselves by sitting idly by and counting nickels and dimes. Unless Alex Anthopoulos has an extra $20 million rolled up in change somewhere, I’m not holding my breath that this offseason will mimic what happened in 2005.

Ian Hunter
Ian has been writing about the Toronto Blue Jays since 2007. He enjoyed the tail-end of the Roy Halladay era and vividly remembers the Alex Rodriguez "mine" incident. He'll also retell the story of Game 5 of the 2015 ALDS to his kids for the next 20 years.
Tags : Alex Anthopoulos     J.P. Ricciardi     offseason 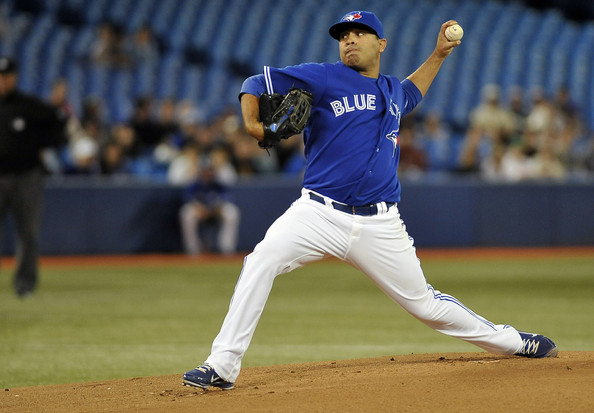