The 2012 Toronto Blue Jays are one of the most banged up, if not the most banged up roster in franchise history. It’s a familiar scenario; just when it looks like another player couldn’t possibly go on the DL, they do.

At a certain point, this Blue Jays season has transformed from a tragedy into a comedy. And as unfortunate as these myriad of injuries have been, next season we’ll probably look back and laugh at how comical all these injuries were.

Despite the irregular number of injuries to the Blue Jays this season, most of them have been relatively routine in nature. But there’s one freak accident in Blue Jays franchise history that tops them all.

For this week’s Flashback Friday, we take a look back at Glenallen Hill’s very odd DL stint in 1990. Hill may not have contributed very much on the field during his short tenure with the Blue Jays, but his biggest contribution was to the folklore of the oddest injuries in baseball history.

Hill landed himself on the disabled list because he woke from a nightmare about spiders chasing him, and in a frightened semiconscious state, he fell through a glass table and suffered scrapes and bruises on his feet, knees and elbows.

It sounds like an excuse story worthy of a Pulitzer Prize, but Hill assured everyone it did in fact happen. In fact, he even offered to bring reporters to his home to see the blood stains to assure them he wasn’t making it up.

Apparently Hill had a fear of spiders, which precipitated the injury even more. But when asked about the incident, Hill didn’t attribute it to his fear of eight-legged insects, though:

“I’m uneasy with spiders, but I don’t think it’s spiders that caused that nightmare. It might’ve been diet, might’ve been stress … more of a sleeping disorder.

The timing of the injury coincided with the year which the film “Arachnophobia” was released in theatres during the summer of 1990. Hill was actually asked not long thereafter about his review of Arachnophobia.

He ultimately gave the film two out of four stars, but called it “another insect movie … a creature feature Saturday special.”

Even long after the cuts and scrapes healed, Hill still couldn’t shake his infamous injury. Hill became affectionately known as “Spiderman” for years after his stay with the Blue Jays.

Everybody’s afraid of something; whether it’s flying, public speaking, heights, or in the case of Hill: spiders. And frankly, if I woke up from a nightmare where I was trapped at the top of a Ferris wheel, I’d probably freak out too.

Ian Hunter
Ian has been writing about the Toronto Blue Jays since 2007. He enjoyed the tail-end of the Roy Halladay era and vividly remembers the Alex Rodriguez "mine" incident. He'll also retell the story of Game 5 of the 2015 ALDS to his kids for the next 20 years.
Tags : Flashback Friday     funny injuries     Glenallen Hill     injuries 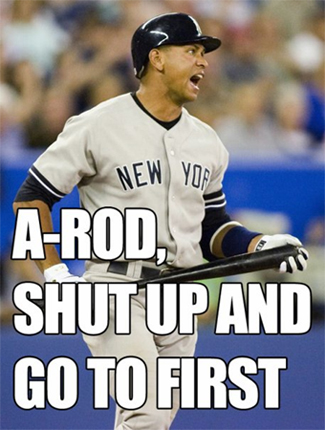 Five Years in the Blogosphere