During his time in Toronto, he was known as the human highlight reel. Every time John McDonald took the field, you knew you were in for one heck of a show.

It was always a treat to watch John McDonald in action, whether it was at third base, shortstop, or even second base. No matter what position he played on the infield, his defense was always impeccable.

So it seems only fitting to honour John McDonald by looking back as his Top 10 Defensive Gems. Unfortunately, the MLB footage only goes back as far as 2008, as there were a few other plays that stand out in my mind (namely his diving catch into foul ground from 2007).

Despite that, there were ample highlight reel plays to choose from. And as difficult as it was, I think I’ve compiled the 10 best defensive plays from John McDonald’s career with the Blue Jays.

In 2008, you’d be hard pressed to find a better defensive duo of the left infield than John McDonald and Scott Rolen. As the video demonstrates, even if one ever got past Rolen, Johnny Mac was there to pick up the slack.

John McDonald is the definition of a “pitcher’s best friend”, and nobody can vouch for that more than Roy Halladay. In this play, McDonald demonstrates his range and throws from his knees to get the out at first base.

Not every play that John McDonald was involved in was a thing of beauty, but he got the job done. Although he didn’t have time to grab this one, Johnny Mac’s glove did the work of fielding and throwing to get the force out.

Again, we have another quintessential John McDonald flip play to the bag, but this one was even more impressive. The quickness in which he’s able to get to the ball allows Aaron Hill to turn the double play. Bonus points!

When a baseball comes screaming down the line, you better be ready to grab it. Johnny Mac reacts quickly and snags this liner down the third base line and robs a base hit and a run away from the Mariners.

With Marco Scutaro and Aaron Hill handling most of the middle infield duties, John McDonald only played 73 games in 2009. But what time Johnny Mac did get there, he always made the most of his opportunities on the diamond.

This one should still be fresh in everyone’s mind; it was the ball in foul territory that John McDonald nearly overran, but at the least second made an adjustment and leapt to grab it in foul ground.

With so many Johnny Mac patented scoops in the Top 10, I’m beginning to think John McDonald really enjoyed playing with those tiny plastic shovels in the sandbox as a child. Another timeless defensive gem here that we’ll see on Blue Jays highlight reels for years.

This one could just as easily been number one, but it was more of a team effort between Marco Scutaro and John McDonald. And you know it’s a defensive gem when even Roy Halladay shows his admiration in the way of a subtle smile.

The funny thing about this play is had John McDonald caught the line drive outright, it would not been as impressive. The fact he knocked the ball down mid-air, found it, and threw across the diamond from his knees in time makes it all that more dramatic and exciting to watch.

Ian Hunter
Ian has been writing about the Toronto Blue Jays since 2007. He enjoyed the tail-end of the Roy Halladay era and vividly remembers the Alex Rodriguez "mine" incident. He'll also retell the story of Game 5 of the 2015 ALDS to his kids for the next 20 years.
Tags : defensive gems     John McDonald 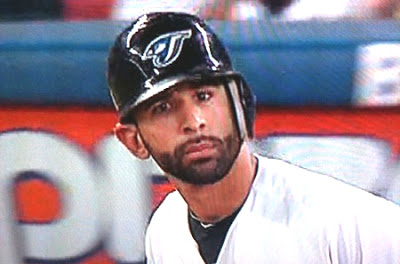