With his robotic-like efficiency and his methodical way of attacking opponents, we all knew Roy Halladay was super-human. He showed it time and time again during his tenure with the Toronto Blue Jays.

On May 31st 2007, Doc not only displayed his robotic-like efficiency, but his sheer quickness as well.

For this week’s Acid Flashback Friday, we take a look back at one of the quickest games in Blue Jays history; when Roy Halladay and Mark Buehrle completed a game in one hour and fifty minutes.

In less time than it takes to watch most of Adam Sandler’s self-serving flicks, Roy Halladay and Mark Buehrle collectively took care of business in less than two hours. The first pitch was thrown at 7:08pm, and the crowd was headed for the exits by 8:52pm.

Somebody I know was actually at the game, and they ended up spending more time in transit to and from the game than they did actually inside the Rogers Centre watching the game.

Oddly enough, Mark Buehrle’s game score (76) was actually slightly higher than Roy Halladay’s (72) in this start since Buehrle only gave up two hits total and pitched a complete game.

Even more impressive than how quickly both starters worked, this was Roy Halladay’s first start after having an emergency appendectomy. Just 19 days removed from being cut open and having his appendix taken out, Doc cut up the Chicago White Sox lineup.

It was also a momentous occasion for Roy Halladay as he picked up his 100th career win on May 31st, 2007 in that game against the Chicago White Sox.

Ian Hunter
Ian has been writing about the Toronto Blue Jays since 2007. He enjoyed the tail-end of the Roy Halladay era and vividly remembers the Alex Rodriguez "mine" incident. He'll also retell the story of Game 5 of the 2015 ALDS to his kids for the next 20 years.
Tags : Acid Flashback Friday     Chicago White Sox     Mark Buehrle     Roy Halladay 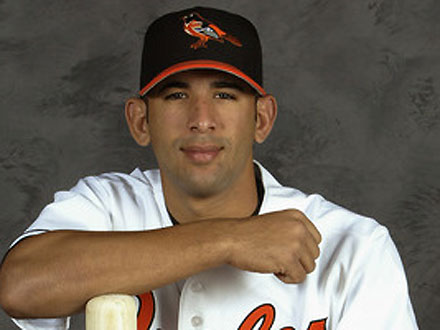