To be honest, I only managed to watch two thirds of an inning of Blue Jays baseball this entire weekend, and it was only the final two outs of their 13-4 romping of the Chicago White Sox.

My weekend was spent mostly sans baseball, but I can proudly say that my old school Blue Jays cap received quite a few ringing endorsements from folks in the Muskoka’s. It’s always great to hear the Blue Jays well received outside of southern Ontario.

My favourite comment of all was a guy who just randomly came up to me and said “what do the Toronto Maple Leafs and the Blue Jays have in common? They both don’t know how to play hockey.” In defense of Jose Bautista, he probably has a wicked slapshot we haven’t even seen yet.

So from what I gathered related comments I saw on Twitter, I guess it was a very exciting weekend both on the field and off the field as well thanks to John Danks and Hawk Harrelson.

The big story of course was the tiff between Jose Bautista and John Danks. The two exchanged pleasantries as Bautista trotted past the mound after a routine pop-up and

John Danks yelling at Jose Bautista was the equivalent of stubbing your toe on something and being angry at the inanimate object when in actuality you should be mad at yourself.

When you’re sporting an 0-8 record with a 5.25 ERA, tensions may boil over onto the field and I guess it was Jose Bautista’s actions that sent John Danks over the edge.

Any time a hitter slams their bat in disgust (or if you’re Travis Snider, breaks their bat over their leg), I’ve never taken that as disrespect towards the pitcher. As Jose Bautista said, he was angry at himself for missing that pitch.

You could say it was a little childish of Bautista to do what he did, but how is it any different than a pitcher slamming his fist into his glove after giving up a home run? What John Danks said afterwards was just poor sportsmanship.

When I first saw on Twitter that Hawk Harrelson had apparently accused Jose Bautista of using a corked bat, I immediately chalked it up to “Hawk being Hawk”. However, if you listen to his comment in its entirely, it seems pretty innocent.

I know what you’re thinking …  I can’t believe I just defended Hawk Harrelson, either.

Ian Hunter
Ian has been writing about the Toronto Blue Jays since 2007. He enjoyed the tail-end of the Roy Halladay era and vividly remembers the Alex Rodriguez "mine" incident. He'll also retell the story of Game 5 of the 2015 ALDS to his kids for the next 20 years.
Tags : Chicago White Sox     Hawk Harrelson     John Danks     Jose Bautista 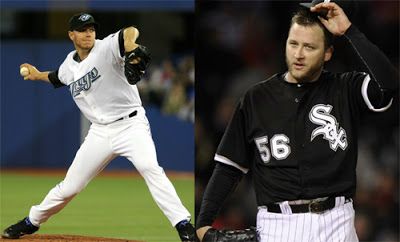 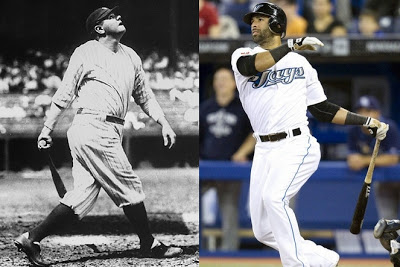