To this day, it still stands as one of the single greatest offensive displays by a Blue Jay. Only one man in franchise history has ever accomplished this feat, and the bar has been set so high that no one could might ever reproduce it again.

I’ll be honest, I don’t remember much of the game itself because that was during my “break” from the Blue Jays. However, I defer to a man who was there in the stands – The Man with the Golden Arm from 1 Blue Jays Way.

For an up close and personal account of the game, I highly suggest reading his post chronicling Delgado’s 4 home run performance, but here are a few choice snippets from the momentous occasion:

“What I saw that day was a remarkable thing in retrospect. The type of thing you don’t realize how special it was until later, after you had a chance to let it soak in. Carlos Delgado hit four home runs, in four consecutive at bats, his ONLY four at bats.

… I remember thinking to myself after he hit the second one to lead off the forth inning, man is he ever seeing the ball good today. But it was the shot he hit off Windows to lead off the eight that really sticks out. The drama was intense.

He already had three bombs, which in itself is rare. I wondered out loud if they were going to pitch to him. I figured that the hurler, one Lance Carter, was aware of the circumstances and probably didn’t want to leave a ball over the middle of the plate. I was so sure that Carlos wasn’t even going to see a fastball in that at bat.

Whatever pitch it was, the sound the bat made when it came in contact with the ball, left no doubt in anyone’s mind where it was heading. I can still see him throwing the bat out of his hand, putting his head down and jogging to first.

He knew it was gone. Everyone in the park knew it was gone. I went nuts. I didn’t even see where the ball landed and had to watch the highlights on Sports Desk just to find out. That day I gave high fives to complete strangers”

Perhaps more impressive than hitting four home runs in one game was that Carlos Delgado did it all while under the weather. He took some antibiotics for a cold and had a nap prior to the game.

The game was also momentous for Carlos Delgado because he reached the 300 career home run plateau as well as crossed the 40 home run mark for the third time in his career. Delgado also surpassed his own previous club record for RBI’s in a season when he reached 138 RBI’s.

It’s a unprecedented accomplishment that will stand as one of the greatest single game performances by one player in the history of the Toronto Blue Jays. It’s just a shame only 13,408 people were privy to see it unfold live at the Rogers Centre.

Congratulations on an incredible career Carlos Delgado, and hopefully it won’t be too long before you’re right there with Roberto Alomar in Cooperstown.

Update: Carlos Delgado posted a link to this video montage on his Twitter account. Relive the magic that was Delgado’s four home run game!

Ian Hunter
Ian has been writing about the Toronto Blue Jays since 2007. He enjoyed the tail-end of the Roy Halladay era and vividly remembers the Alex Rodriguez "mine" incident. He'll also retell the story of Game 5 of the 2015 ALDS to his kids for the next 20 years.
Tags : Acid Flashback Friday     Carlos Delgado     Flashback Friday
Previous post 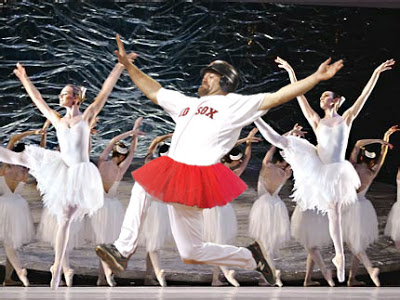