Will Encarnacion Breakout or Break Down in 2011?

For those who have been privy to watching Edwin Encarnacion play these past two seasons in Toronto, you know there are basically two extremes to EE; he’s either on the verge of breaking out or breaking down.

So which one will it be this year? Here’s what Alex Anthopoulos said at the State of the Franchise in the way of expectations for Edwin Encarnacion in 2011:

“Not that I want to compare Edwin to Jose Bautista, but I do think (Encarnacion) is going to have a breakout year for us. I will not be surprised to see him hit 30 home runs or more. If he can get 500-600 plate appearances, he could have a very good year swinging the bat.”

When I first heard AA say this, I thought might be a little delusional, but now I can see his rationale for expecting Encarnacion to hit 30 plus home runs this year.

In 2010, EE went yard 21 times in 332 at bats which translates into a home run every 15.8 at bats. If you pro-rate Encarnacion’s at bats to 550 at bats for example, that translates into 34 home runs if Edwin Encarnacion stayed healthy.

That’s a very big if however, as Edwin Encarnacion has battled injuries for the past two seasons and has only played a total of 181 games combined since 2009. Over the course of his career, EE has missed playing time on seven occasions due to wrist-related injuries.

It’s not for certain whether those injuries were sustained on the field or in the batter’s box, but limiting Edwin Encarnacion to designated hitter and the odd game at first base can only help curb his trips to the DL (not to be confused with trips to the DR, which incidentally Encarnacion’s native country).

If EE can actually get those 500-600 plate appearances this season, it’s reasonable to expect him to hit somewhere around 30 dingers. The power has always been there, it’s just that he hasn’t been healthy enough these past two years to do any damage.

Can Edwin Encarnacion pick up where he left off and continue that pace of a home run every 15.8 at bats? It’s definitely a possibility, but the biggest hurdle EE needs to overcome is avoiding time on the disabled list.

Ian Hunter
Ian has been writing about the Toronto Blue Jays since 2007. He enjoyed the tail-end of the Roy Halladay era and vividly remembers the Alex Rodriguez "mine" incident. He'll also retell the story of Game 5 of the 2015 ALDS to his kids for the next 20 years.
Tags : designated hitter     Edwin Encarnacion     home runs
Previous post

Stepping Up the Running Game 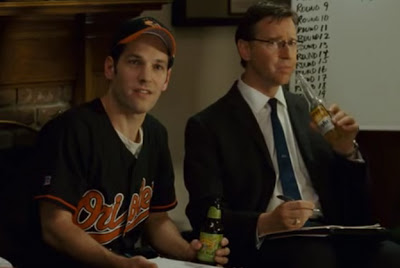