When it comes to being one of the top second baseman of his era, Roberto Alomar comes second to none. But when it comes to dramatic home runs in the playoffs, unfortunately Alomar does come a close second compared to the greatest home run in Blue Jays history.

For this week’s Acid Flashback Friday, we take a look back at Roberto Alomar’s infamous home run off Dennis Eckersley in Game Four of the 1992 ALCS.

In the regular season, Dennis Eckersley was practically untouchable, converting 51 of 54 save attempts. However, Eckersley’s biggest test stood before him in Game Four of the 1992 ALCS.

Eckersley retired the three outs in the eighth inning, but not before giving up back to back first pitch singles to John Olerud and Candy Maldonado which scored two runs.

The following inning, only one thing stood between Dennis Eckersley and a win in Game Four for the Oakland Athletics – and that was the top of the Blue Jays lineup.

Devon White got things started in the top of the ninth with a leadoff single. Devo quickly advanced to third base thanks to a throwing error from Rickey Henderson. Representing the tying run, Roberto Alomar approached the plate.

With nobody out and a 2-2 count, Roberto Alomar made history. He took the 2-2 pitch from Eckersley and clobbered it into stands at in the Coliseum, tying the game at 6-6.

Before Alomar stepped out of the batter’s box, he celebrated by pointing his fingers in the air in the iconic pose that still stands in Blue Jays history to this date.

The Blue Jays would of course go on to win Game Four in 11 innings by a score of 7-6 thanks in part to Roberto Alomar’s late inning heroics, and would win the 1992 American League Championship Series in six games.

The timing for this could not be more perfect as Alomar will be inducted into the Canadian Baseball Hall of Fame tomorrow in St. Marys.

The above image of Alomar is so iconic that he wisely decided to use it as his official logo for his Second 2 None clothing line. If that’s not a swift kick in the nuts to Dennis Eckersley, I don’t know what is.

Roberto Alomar’s home run off Dennis Eckersley is easily among one of the top moments in franchise history, and help solidified himself as one of the heroes of the storied 1992-1993 World Series Championship teams.

Ian Hunter
Ian has been writing about the Toronto Blue Jays since 2007. He enjoyed the tail-end of the Roy Halladay era and vividly remembers the Alex Rodriguez "mine" incident. He'll also retell the story of Game 5 of the 2015 ALDS to his kids for the next 20 years.
Tags : 1992 ALCS     Acid Flashback Friday     Canadian Baseball Hall of Fame     Dennis Eckersley     Flashback Friday     Roberto Alomar 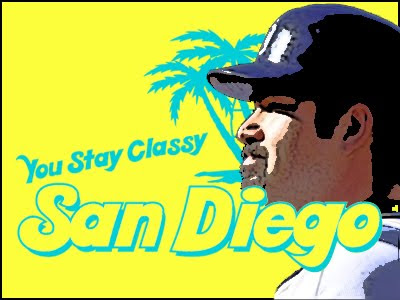 We Still Miss You, Doc