We Still Miss You, Doc

It’s hard to believe it’s already been six months since Roy Halladay left Toronto, and there’s not a day that goes by where I don’t imagine him back in a Blue Jays uniform.

We all have our own ways of dealing with the loss of Doc. Many have turned to alcohol to fill the emptiness that was left behind, and others have chose to put their feelings into song.

The young lady above (Kathy Anderson) has chose to do the later as part of some musical therapy entitled “The Doc Halladay Song”. You might also recognize her from last year’s smash hit, the “Blue Jays Rap“.

Have a listen to this a couple of times, and remember … those G20 chain-link fences may have kept us from seeing Doc at the Rogers Centre once again, but nothing … nothing … NOTHING can ever contain our love for Harry Leroy Halladay.

Ian Hunter
Ian has been writing about the Toronto Blue Jays since 2007. He enjoyed the tail-end of the Roy Halladay era and vividly remembers the Alex Rodriguez "mine" incident. He'll also retell the story of Game 5 of the 2015 ALDS to his kids for the next 20 years.
Tags : Philadelphia Phillies     Roy Halladay 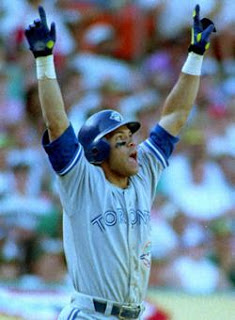 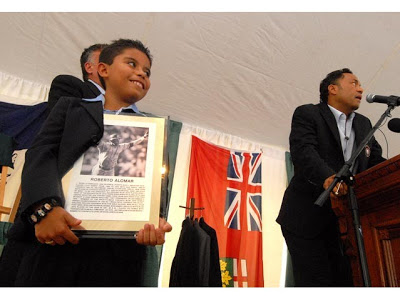