Whether good or bad, I’m a sucker for Blue Jays commercials. No matter who the player is, no matter what the service or product, so long as there’s an affiliation with the Blue Jays, I’ll watch the video at least 2-3 times on YouTube.

Case in point … the focus of this week’s Flashback Friday post – the above commercial for The 1430 starting Rickey Henderson and Bob McCown.

Considering that Rickey was only a Blue Jay for about three months during the 1993 season, the timing of the commercial is somewhat curious. It had to have been filmed and released sometime after August 1st, when Rickey was acquired from the Oakland A’s

Three things stand out to me about this commercial. First of all, the blue jay club cover in Rickey Henderson’s golf bag. If that piece of Blue Jays memorabilia is somehow still floating around somewhere, one can only imagine what it would fetch on eBay.

Secondly, the timeless Bob McCown. I swear, he hasn’t aged in over 20 years. His hair and beard are still impeccable nearly two decades later. And yet he’s somewhat unrecognizable without his signature sunglasses on in this promo.

However, my favourite part of all is Rickey Henderson’s stoic look at the end of the commercial. This is the smile of a Hall of Famer, folks.

Thanks to @TheMattRoss for sending in this week’s Flashback Friday request. If there’s anything you’d like to see from the Blue Jays vault in an upcoming Flashback Friday, send me an email to bluejayhunter@gmail.com.

Ian Hunter
Ian has been writing about the Toronto Blue Jays since 2007. He enjoyed the tail-end of the Roy Halladay era and vividly remembers the Alex Rodriguez "mine" incident. He'll also retell the story of Game 5 of the 2015 ALDS to his kids for the next 20 years.
Tags : Acid Flashback Friday     Blue Jays commercials     Bob McCown     Flashback Friday     Rickey Henderson     The Fan 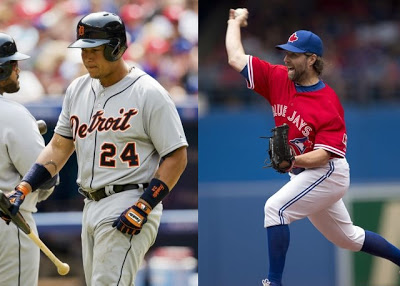