Hypothetical baseball question; would you rather have your team lose a close 10-9 game in extra innings, or one similar to last night where the Blue Jays were blanked 3-0? If given the option, I’d prefer the former … but a loss is still a loss.

At least in a 10-9 loss, there is some semblance of offense, but last night there was nearly none at Progressive Field for the Blue Jays. Sometimes you can really focus in on the turning point in a game, but it was a bevy of missed opportunities for Toronto.

The Blue Jays were 1 for 9 with runners in scoring position and they managed to strand a total of nine baserunners. That basically tells you everything you need to know about their 3-0 loss to the Cleveland Indians.

Who is the real Josh Johnson?

I get the sense that people’s patience is growing very thin with Josh Johnson. To be fair, he has spent time in the disabled list, and he hasn’t exactly been the benefactor of spectacular defense behind him, but he has yet to string together a pair of decent starts.

Much like R.A. Dickey, Josh Johnson appears to be suffering from the Jekyll/Hyde syndrome.

Johnson looked impressive enough to start the game by retiring the first 10 batters. But then after a walk and a trio of singles, that was all the Indians needed to secure the way. It wasn’t really even one bad inning by JJ, because frankly it could’ve been much worse.

However, the most telling thing about that inning in particular was John Gibbons visit to the mound. Typically, the pitching coach would head out to calm down his starter, but in this instance Gibbons came out and talked to Johnson.

I can’t tell for sure what exactly Gibbons said to Johnson, but it looked like he was straight to the point … because whatever he said, worked. Gibbons has noted that JJ has been guilty of “nibbling” lately, and perhaps that’s what it was all about.

Early in the game, Josh Johnson’s fastball velocity was touching the mid-nineties and his slider and curveball appeared to have a lot of break on them. But in the fourth inning, perhaps that’s when he tried to rely too much on finesse rather than raw power.

Some interesting musings from Blue Jays land, as Brett Lawrie played second base in his rehab assignment with the Buffalo Bisons last night. Could this perhaps signal a shift back to Lawrie’s natural position at second base?

Let’s face it … virtually anybody would be an upgrade at second base for the Blue Jays right now. With a .216 batting average between Izturis/Bonifacio/Kawasaki, Toronto ranks last in the American League and second last in all of baseball when it comes to offense from their second basemen.

But the inevitable issue about shifting Brett Lawrie to second base is that it creates a hole at third base, and who would occupy the hot corner? Maicer Izturis has started 30 games this year at third, so obviously he would be the natural choice.

But would swapping the two really warrant a position change for Brett Lawrie? I think not. But the position flexibility would be great, and Lawrie’s rehab stint is certainly the time to try it out for size.

Unless the Blue Jays were planning on moving Jose Bautista to third and then having an outfield of Melky Cabrera (when he comes back), Colby Rasmus and Rajai Davis, that’s the only scenario for me where putting Lawrie back at second base makes sense.

Either that, or a trade for a new third baseman in the works. Let the speculation begin!

Cash in on Janssen?

Yesterday, Dirk Hayhurst declared now is the time to sell high on Casey Janssen and to move him at the trade deadline. While I agree with his sentiments on the save statistic itself, there’s no way the Blue Jays should trade Casey Janssen.

I feel like Janssen is much more valuable to the Blue Jays as a member of this roster moving forward rather than as a trade chip. Besides, I’m not really sure what Casey Janssen could fetch in return that would help the Blue Jays this year anyway.

Hayhurst said the bullpen is basically solidified with Brett Cecil and Steve Delabar in the back end of the bullpen, but as we’ve seen in years past, reliever arms are very volatile. And a bullpen is something that is constantly in a state flux.

Sure, the Blue Jays relief corp right now is one of the best in baseball, but will it always be that way?

There’s no guarantee Sergio Santos will ever come into his own as a power reliever. Darren Oliver almost certainly won’t be back next year. Who knows what’s going to happen with Dustin McGowan. So the reliever landscape could still look incredibly different for Toronto in 2014.

As good as the Blue Jays bullpen has been, there’s no guarantee they will be this good again next year. And subtracting Casey Janssen, arguably the best arm in that bullpen, would be counterproductive for the Blue Jays right now.

Ian Hunter
Ian has been writing about the Toronto Blue Jays since 2007. He enjoyed the tail-end of the Roy Halladay era and vividly remembers the Alex Rodriguez "mine" incident. He'll also retell the story of Game 5 of the 2015 ALDS to his kids for the next 20 years.
Tags : Brett Lawrie     bullpen     Casey Janssen     Cleveland Indians     Josh Johnson     Second base 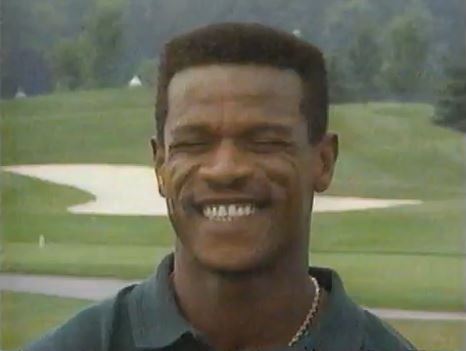 Flashback Friday: The 1991 MLB All-Star Game at the Skydome