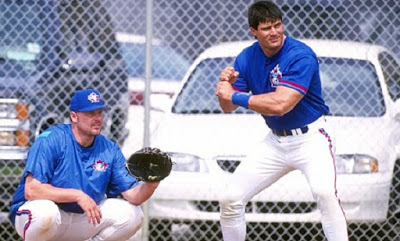 In their 36 year franchise history, the Toronto Blue Jays have been privy to some very talented teams over the years.

There’s the 1985 squad that clinched the Blue Jays first postseason berth with an impressive 99 season. And the 1989 team that returned to the playoffs once again, only to be defeated by the eventual World Series champions Oakland Athletics.

And of course, how could one forget the 1992 and 1993 World Series winning Blue Jays squads. But there’s one team in the franchise history that perhaps has fallen by the wayside over the years.

For this week’s Flashback Friday, we take a look back at the often forgotten and often unheralded 1998 Toronto Blue Jays.

After finishing last in the AL East in 1997 and firing their manager Cito Gaston in the offseason, it appeared the Blue Jays were turning over a new leaf in 1998 and wanted to head in a new direction.

GM Gord Ash went out and bolstered the roster by signing the power-hitting Jose Canseco, and brought in a new high-priced closer in Randy Myers, and also brought back a familiar face in Tony Fernandez.

Although they finished 14 games above .500 and posted the best Blue Jays record since 1993, the 1998 Toronto Blue Jays were eclipsed by a powerhouse New York Yankees squad.

That year the Yankees went 114-48 and completely ran away with the American League East, and not surprisingly won the World Series. The Blue Jays finishing a whopping 26 games back of the Yankees and four behind the second place Red Sox.

The 1998 Blue Jays performed about as well as could be expected on the road, but they were one of the best teams in baseball that year at home. The Blue Jays owned a  51-30 record at the Skydome, which was tied for second best in the American League.

Quite simply, the Blue Jays starting lineup was stacked from top to bottom. The 1998 Blue Jays produced a total of 221 home runs, which was second most in the American League.

Looking at the starting lineup, it’s really no surprise as it featured so many heavy hitters; Carlos Delgado, Shawn Green, and Jose Canseco just to name a few.

Incredibly, that roster did not have a single position player that had  a negative WAR value. Alex Gonzalez was worth 0.3 wins, and that was the lowest total on the roster. As a comparison, Carlos Delgado posted a team-high 5.7 WAR for position players.

The starting rotation was anchored by staff ace Roger Clemens, who would go on to win the Cy Young that year, and included a former Cy winner Pat Hentgen, a future Cy winner Chris Carpenter, as well as Juan Guzman and Woody Williams.

Whether it was with the aid of performance enhancers or not, Roger Clemens was out-of-worldy for the second consecutive year with the Blue Jays in 1998. He won his second straight Cy Young award, posting a 20-6 record with a 2.65 ERA and 271 strikeouts.

Randy Myers was one of the Blue Jays big offseason free agent signings in the offseason, as they inked him to a three-year $18 million dollar contract, with all intentions of having him as the closer for the foreseeable future.

Surprisingly, the Padres claimed Myers on waivers in August and the Blue Jays subsequently dealt him and his enormous salary to San Diego for catching prospect Brian Loyd.

Jose Canseco enjoyed a renaissance comeback season in 1998, signing a modest one-year deal for only $2.125 million dollars. Despite hitting 46 home runs that year, it was arguably the biggest home run season that very few people in baseball knew about.

Most fans were instead glued to the Mark McGwire/Sammy Sosa home run chase of ’98, even though Jose Canseco hit the third most home runs in baseball that year. Although steroids were rampant in baseball at the time, Canseco insists he was clean during his tenure with the Blue Jays.

1998 also marked Tony Fernandez’ third tour with the Blue Jays, as he signed a two-year/$4.25 million dollar contract. The slick-fielding Fernandez had a solid season, hitting .321 in the Blue Jays lineup and split time between second and third base.

There were another few notable Blue Jays alumni on that roster; after not having pitched for the five previous years, Dave Stieb put on a Blue Jays uniform once again and made an attempt at a comeback at 40 years old.

Stieb made three spot starts and appeared in 19 games that year, but he hung his cleats up for good following the conclusion of the 1998 season.

A young rookie that would later become the face of the Blue Jays franchise also made his big league debut in 1998; his name was Harry Leroy Halladay the third, AKA Roy Halladay. Over the years, fans would affectionately refer to him as simply “Doc”.

There was a bit of an interesting bond between Dave Stieb and Roy Halladay, as they shared a very eerie moment late in the season; Halladay lost a no-hitter with two out in the top of the ninth inning in just his second big league start, an occurrence Stieb was all too familiar with.

To make matters worse, it was Dave Stieb himself that caught the home run ball in the Blue Jays bullpen off the bat of Bobby Higginson. However, in that moment it was as if Dave Stieb passed the torch to Roy Halladay, albeit in a very masochistic way.

Overall, the 1998 Blue Jays put forth one of the better seasons in the past two decades, but yet they still fell just short of the postseason. Despite a late-season 11 game win streak, the Blue Jays were four games back of a playoff berth.

All of this mind you under the leadership of one-time manager, Tim Johnson. As it’s been well documented, it would be revealed in the offseason that he lied about wartime experiences in Vietnam in order to motivate his team.

It’s still incredible to think that three (and possibly four in the future) members of the Blue Jays Level of Excellence were a part of that 1998 Toronto Blue Jays roster; Tony Fernandez, Carlos Delgado, Dave Stieb, and hopefully one day, Roy Halladay.

There were a lot of great players on that team that would go on to do great things. It’s just unfortunate they couldn’t enjoy a taste of October baseball.

The 1998 Blue Jays may not have walked away with a World Series title, and they may not have even made the postseason, but damn were they ever close. And these days, that’s all you can really ask for; get close, and pray the Baseball Gods 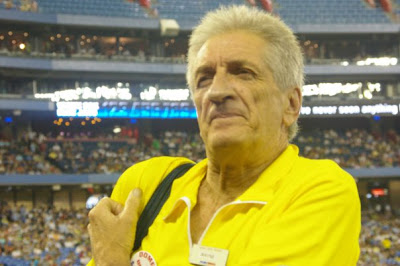 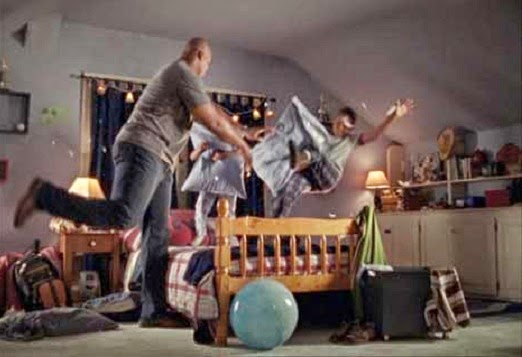 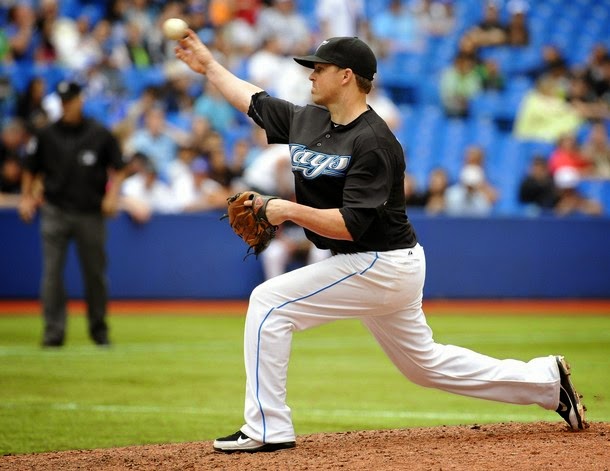