Update on May 17th: No, he isn’t. The whole Buffalo Bisons teaser thing was the team changing its name and uniforms to the “Buffalo Wings” for an upcoming series. But if you want to read on about my debunked harebrained theory, go nuts.

I know what you’re thinking … didn’t we just go through this a few days ago? Vladimir Guerrero Jr. had Blue Jays fans thinking he was called up by the Toronto Blue Jays. It turns out that was a mistake. Or was it all part of an intricate plan? More on that later.

First off, Vladimir Guerrero Jr. shared a video to his Instagram Story just a few hours ago. If you’re wondering what you’re seeing below, it appears to be Anthony Alford (tagged by Vlad as @ajalford13) singing a beautiful rendition of “My Girl” with someone standing next to him (who may be Tim Mayza?)

If you follow Vlad Jr. on Instagram, you’ll see the singer in question actually has some decent pipes!

This is in Vlad’s insta story. Alford’s a Bison, isn’t he? pic.twitter.com/zeloAGOWZU

But why would Guerrero Jr. be on the same bus as the Bisons? He could be travelling with the club back to Buffalo to play in Triple-A. Did he get promoted to the Bisons, or is he just messing with us again?

Coincidentally, the Bisons hinted at a big announcement they’re making on Thursday.

At first, I shrugged this off, assuming there wasn’t much to it. The phrasing indicates it has something to do with food, so these posts seemed pretty innocent. They couldn’t be promoting Guerrero Jr.’s call-up, could they?

The timing of all this is interesting and aspicious. Gideon Turk first noticed Vlad’s Instagram post at 3:04pm on Monday. The Bisons released their first teaser tweet at 1:57pm on Monday.

This is just my own conspiracy theory, but the New Hampshire Fisher Cats, the Buffalo Bisons, the Blue Jays, Vlad himself … I think they’re all in on it. What if it’s all connected?

If the Bisons wanted to drum up ticket sales, that’s one brilliant way to do it; a pseudo-viral marketing campaign to promote the arrival of baseball’s biggest prospect. You can’t blame them for hyping up Vlad’s Triple-A debut.

People within the Blue Jays organization haven’t said very much about Guerrero’s since-deleted Instagram post from Monday. The closest anyone made of mentioning it was Fisher Cats manager, John Schneider. Yesterday during Prime Time Sports, Schneider said Vlad told him: “I just liked that picture, I was just putting something on Instagram.”

People within the Blue Jays organization are being very coy about it, there’s been no mention from any executives within the club, which makes me believe they’re all in on the gig. If this is in fact, an underground campaign to build hype for Vlad’s promotion to Triple-A, it was a genius move.

Everyone in baseball was talking about it on Monday, Guerrero capped off a 4 for 4 day in Double-A earlier today, and announcing Vlad’s promotion ahead Friday’s Bisons home game would be perfect timing.

Or, you know, maybe it’s all just a coincidence and nothing is happening.

Ian Hunter
Ian has been writing about the Toronto Blue Jays since 2007. He enjoyed the tail-end of the Roy Halladay era and vividly remembers the Alex Rodriguez "mine" incident. He'll also retell the story of Game 5 of the 2015 ALDS to his kids for the next 20 years.
Tags : Buffalo Bisons     prospects     Vladimir Guerrero Jr 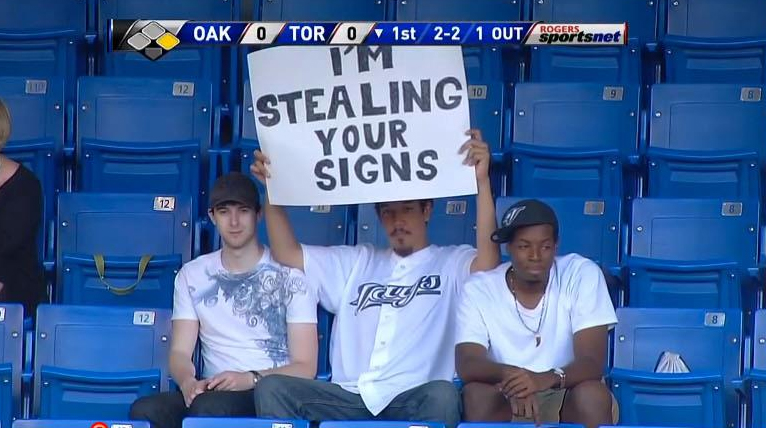