If you’re a Toronto Blue Jays player, apparently this is the week to either play hockey or be spotted at an NHL game.

On Christmas Day, Josh Donaldson suited up for a little Christmas Day pickup hockey. And now his fellow infielder also partook in some hockey – from the front row of a Las Vegas Knights game.

Hat tip to Liz B. for noticing that none other than Troy Tulowitzki was in attendance for the New Year’s Eve tilt between the Maple Leafs and the Golden Knights. But what’s this … HE’S WEARING A GOLDEN KNIGHTS JERSEY?

Blink and you might’ve missed it, but that sure looks like Troy, Danyll and little Taz Tulowitzki at the Golden Knights game. Why would they be in full Vegas garb instead of Leafs gear? There’s a simple explanation: the Tulowitzkis live in Las Vegas during the offseason.

As the second best team in the NHL right now, Golden Knights games are one of the hottest tickets in town in the strip. A few years ago, Tulo had most of his teammates down to Las Vegas to catch UFC 194 for a little bit of “team bonding”. 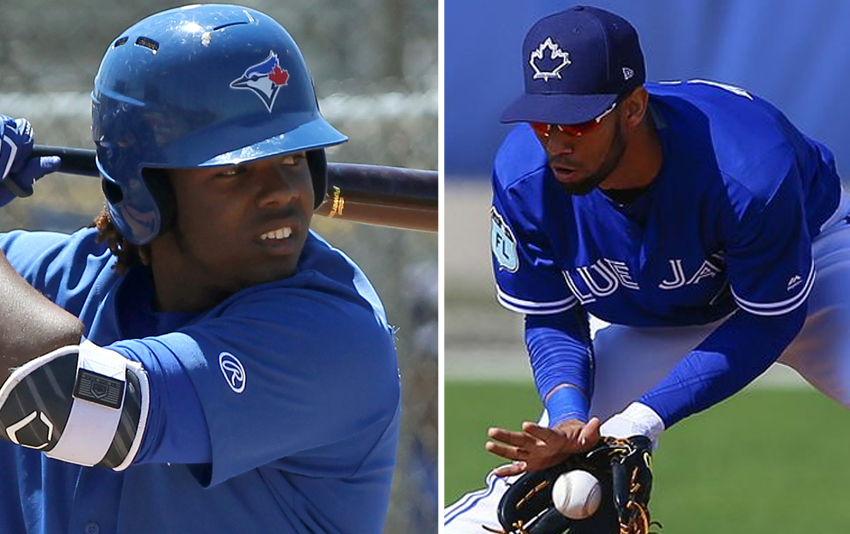 These Blue Jays Prospects Workout Videos Will Warm Your Heart