Ask any Major League baseball player, and they’d be more than happy to hit one out of the yard in a single day. To hit two in a single day would be doubly impressive. Three home runs in one day? Some can only imagine what that’s like.

But four? Four home runs in one single day? There are only a select few who have accomplished that feat. And Otto Velez is one of them.

For this week’s Flashback Friday, we take a look back at the day Otto Velez swatted four home runs in one day.

It was May 4th 1980 as the Blue Jays played a traditional doubleheader at Exhibition Stadium against the Cleveland Indians. During his tenure in Toronto, Velez was used predominately as DH; he had one job, and that was to hit.

As per usual, Bobby Mattick penciled in Otto Velez as the Blue Jays’ designated hitter for both games of the doubleheader. And Velez’ offensive contributions would prove to be valuable in both of Toronto’s games that day.

The first game of the doubleheader kicked off at 1:42pm. Velez wasted no time getting into the hit column as he hit a grand slam in his first at bat of the afternoon off Indians starter Dan Spillner.

Then as the Blue Jays clung to a one-run lead, Otto Velez collected his second home run of the game in the bottom of the eighth, this time off Wayne Garland. Those insurance runs barely kept the Jays in the game as the Indians promptly tied up the game at 9-9 the following inning.

However, Otto Velez would save his biggest home run of the day for extra innings; a walk-off solo shot in the bottom of the 10th inning off Sid Monge. And had that been all for Velez, it would’ve been a banner day for the Blue Jays’ DH.

But he wasn’t done there. As the Blue Jays and Indians wrapped play on the first game of their doubleheader around 4:26pm, after a short break, they turned around and began their second game of the day at 5:07pm.

Once again, Otto Velez cranked a home run in his first at bat of the second game of the day, a shot to left-centre field. So in a matter of only six at bats, Otto Velez hit four home runs.

Only twelve American League hitters have ever hit four home runs in a doubleheader, and Otto Velez has the distinction of being one of them. He was also the second last player to do it, as Al Oliver was the most recent on August 17th, 1980.

In total that day, Otto Velez collected four home runs, 10 RBI’s, and almost single-handedly won not one but two games for the Blue Jays with his incredible offensive output.

Velez also hit for the “home run cycle”, meaning he hit a solo home run, two-run, three-run homer and grand slam all in the same day. Not a bad little day for the man known as “Otto the Swatto”.

Thanks to @Radar_DJF for this week’s Flashback Friday submission. If there’s something you’d like to see, tweet @BlueJayHunter or send me an email to bluejayhunter@gmail.com.

Ian Hunter
Ian has been writing about the Toronto Blue Jays since 2007. He enjoyed the tail-end of the Roy Halladay era and vividly remembers the Alex Rodriguez "mine" incident. He'll also retell the story of Game 5 of the 2015 ALDS to his kids for the next 20 years.
Tags : Flashback Friday     Otto Velez 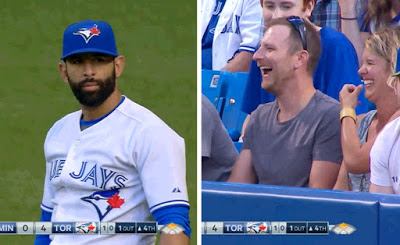 GIF: Fan Steals Ball from Jose Bautista and He Is Not Impressed 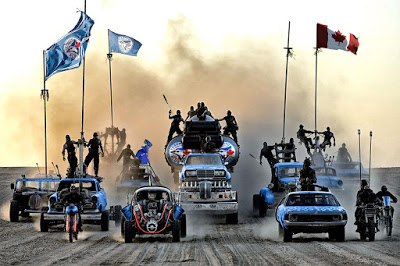