Are you confused as to why Danny Valencia was called out in a bizarre play at the plate? You’re not alone; many are still wondering as to how a play like this was botched in so many ways.

At first glance, it appears as though Danny Valencia does in fact touch the back end of the plate with his hand. While not conclusive, it certainly looks incredibly close.

Somehow Danny Valencia was ruled out on this play? pic.twitter.com/fziStVfAWd

This was the best screencap I could find of the play in question. Again, it’s very tough to tell from this angle if Valencia did in fact touch home plate.

Unfortunately, the overhead angle is actually worse for attempting to determine whether Valencia snuck his hand on top of home plate.

After the initial shock of the play wore off, it appeared there was a secondary issue; Ryan Hanigan may have actually been blocking the plate on the play. If that was the case, Danny Valencia would’ve been deemed safe, even if he didn’t touch home plate.

“The catcher may not block the pathway of a runner attempting to score unless he has possession of the ball.” pic.twitter.com/e7LWnsbBmL

This is the point where Ryan Hanigan receives the ball. According to the rule, once he receives the ball, he can block the plate to the oncoming runner. But as you can see, Hanigan’s leg is already hovering over home plate once he gets the ball.

The case can be made that Hanigan didn’t even give Valencia a lane to slide into home plate, and that’s why Danny had to weave around him and try to touch the back of the plate in the first place.

Now here’s where it gets really weird. It’s debatable whether or not Danny Valencia even touched home plate. But without a shadow of a doubt, Ryan Hanigan doesn’t even come close to tagging Valencia, and yet he’s called out by the home plate umpire.

Valencia may not know exactly why he’s been called out, but he looks to the ump and realizes he’s out and subsequently gives up on the play. It’s only at this point do others clue in and realize Valencia was never tagged. Wade Miley yelled at Hanigan to quickly tag Valencia.

Danny knows he’s called out by the ump, so he gives up on the play; it doesn’t even allow him a chance to try to sneak back in to touch home plate. By this time, it’s too late for Valencia to make a second attempt at swiping home plate.

All that aside, these two elements separately; Valencia’s slide and Hanigan’s tag were interpretive by home plate umpire Gerry Davis. For him to call Valencia out, he must have felt that Hanigan somehow tagged him.

But then John Gibbons challenged the play and it went to MLB’s video review room in New York to get a definitive answer on the play. They would surely make some sense of the situation, right? Wrong.

After a very long review, the call was upheld on the field and Danny Valencia was deemed to be out. For Davis to misinterpret a call on the field is somewhat understandable; but how did several other people miss the call after having the benefit of time and multiple angles to see the replay?

That seems pretty cut and try – if Valencia didn’t touch home and Hanigan missed the tag, then Valencia should be ruled safe. But the call stood on the field, and Valencia was ruled out.

Even worse, the example that MLB cites in their rules was almost a carbon copy of the exact play that happened on the field. Nonetheless, the call was not overturned.

Just in case there’s no confusion, the specific example makes it very clear as to what should happen on a play like that. But it’s as if MLB was oblivious to their own rules on this play and abandoned them altogether.

The argument can be made this play was actually botched three times; once on Valencia’s initial slide into home, the failure to call Hanigan for blocking the plate, and thirdly for the MLB replay team in New York for failing to identify the aforementioned replay rule.

I can’t even fathom how this play was blown so badly from start to finish. No aspect of the call was made correctly, and it calls the integrity into question of not only just the umpires, but MLB’s entire instant replay system and reviewable calls.

Yes, it may have only been one play in what was eventually a 12-6 loss by the Blue Jays, but each and every single play in a game has the potential to be a game-changer. This could have been a pivotal one for the Blue Jays, but instead they were denied that opportunity.

Please, just get it right. That’s all we ask.

Ian Hunter
Ian has been writing about the Toronto Blue Jays since 2007. He enjoyed the tail-end of the Roy Halladay era and vividly remembers the Alex Rodriguez "mine" incident. He'll also retell the story of Game 5 of the 2015 ALDS to his kids for the next 20 years.
Tags : Danny Valencia 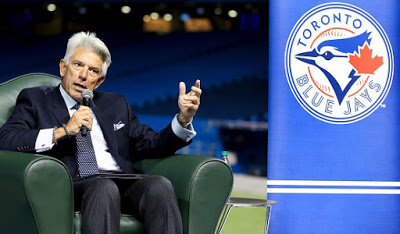 AUDIO: The Buck Martinez/James Brown “Get Up” Mashup 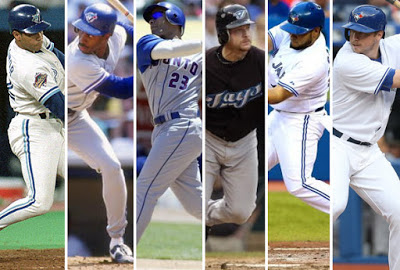