Over the course of their career, many great baseball players briefly experiment with facial hair. Baseball and moustaches are a time-honoured tradition, and although they’re not as prominent today as they once were, that doesn’t make moustaches any less spectacular.

Ordinarily, Blue Jays player’s facial hair developments might not be deemed as newsworthy. However, I admittedly have a strange affinity for baseball moustaches (example: Jose Bautista’s short-lived moustache) and of course, it’s Brett Lawrie.

Brett arrived to the park yesterday with a new piece of equipment in his arsenal; a brand new moustache. And since players are naturally creatures of habit, it looks like Lawrie’s good luck charm isn’t going anywhere any time soon.

Lawrie on his new moustache: “It’s going to be staying. I don’t think it should go anywhere. It looks pretty good too.”
— John Lott (@LottOnBaseball) April 23, 2014

After his go-ahead three run home run, it looked like Brett Lawrie was indicating to his teammates that he was onto something by sporting his new cookie duster.

Check out a GIF after the jump of Lawrie looking very mischievous with his new moustache.

My favourite part of the GIF is close to the end right where it looks like he’s saying “yeah, yeah”. For some reason, I’m imagining him singing it in a Chad Kroeger or Scott Stapp voice.

The strange thing is technically Brett Lawrie already has a moustache, albeit in the form of a tattoo on his right index finger. Go figure!

Ian Hunter
Ian has been writing about the Toronto Blue Jays since 2007. He enjoyed the tail-end of the Roy Halladay era and vividly remembers the Alex Rodriguez "mine" incident. He'll also retell the story of Game 5 of the 2015 ALDS to his kids for the next 20 years.
Tags : Brett Lawrie     moustache     mustache 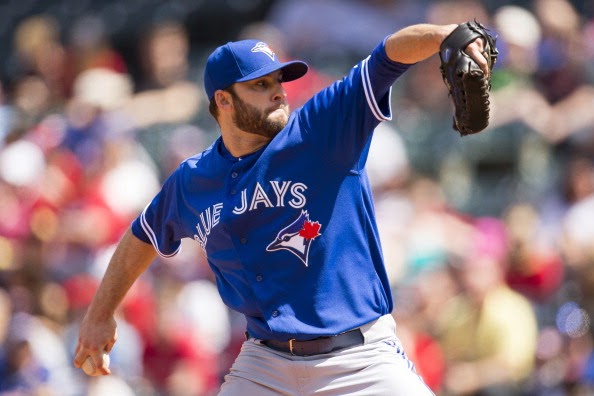 Brandon Morrow: Bringing the Heat, Not the Innings 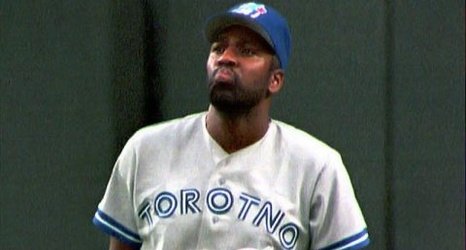