Some guys take some extra batting practice to get out of a slump. Other guys resort to growing facial hair or donning an interesting undergarment to get out of their funk.

But there was one man who decided that burning his uniform might drastically change his luck at the plate. For this week’s Flashback Friday, we take a look back at the infamous Damaso Garcia uniform burning incident.

The day in question was May 14th 1986; the Blue Jays were in dead last in the division, Dave Stieb was still searching for his first win in 7 starts, and Jimmy Key’s ERA was 10.41. Needless to say, it was a rough time for the Blue Jays.

It was also a rough time for Damaso Garcia. After spending the previous four seasons as the Blue Jays leadoff hitter, new manager Jimy Williams decided to shake things up and bat Garcia 9th to start the 1986 season.

Garcia eventually worked his way back to the top of the Blue Jays order, but there was something else that would set him off in a pyromaniac rage.  Damaso went 0 for 4 on the game and question, and also committed an error in the 8th inning which lead to five runs being scored by the A’s.

The game was tied 3-3 until Damaso Garcia booted a routine ground ball at second, which lead to the A’s 9-4 win. And so, Damaso resorted to some drastic measures to exorcise his demons following the contest

Following the game, Damaso resorted to some drastic measures to exorcise his demons. Garcia took his Blue Jays uniform and cap into the showers in the visitor’s clubhouse at the Coliseum, doused them in alcohol, and lit them on fire.

Here’s Damaso’s explanation for taking a match to his uniform:

“I was just frustrated with myself, frustrated with the way I’ve been playing. Some guys break bats, break up clubhouses. I just decided to go a little crazy and burn my uniform.”

And apparently he wasn’t the only one who went on a tirade, George Bell also demolished a plastic chair to get his frustrations out.

Needless to say, Blue Jays manager Jimy Williams was none too pleased with the actions of his second baseman and reprimanded him in front of the team. The issue Williams had was that Damaso was
defacing the Blue Jays logo and essentially the entire organization by setting his uniform and cap ablaze

Garcia’s teammate Tony Fernandez thought some folks might have taken Damaso’s actions out of context:

Basically he was saying to himself, ‘I’m going bad with this uniform, I need a new uniform, I need to create something to break out of this problem.’ He never thought that could create such a controversy.” (courtesy of Sportsnet)

Heck, even Cito Gaston (the Blue Jays hitting coach at the time) chimed in on the issue:

“I don’t know why he would do something like that. Maybe he was frustrated by losing.”

Burning one’s uniform is an extremely unorthodox slump busting method, but whatever reason, it actually worked.

Damaso Garcia strung together a 7-game hit streak, and collected 53 hits in his next 40 games with the Blue Jays. In fact, from May 16th onward, Garcia hit .296 with 101 hits the remainder of the ’86 season.

Quite ironically, the Blue Jays released some fire safety baseball cards the previous year, and of course Damaso Garcia was one of the features players. Here’s what the reverse of his card looked like.


Quotes courtesy of The Globe and Mail. Hat tip to @Minor_Leaguer.

Ian Hunter
Ian has been writing about the Toronto Blue Jays since 2007. He enjoyed the tail-end of the Roy Halladay era and vividly remembers the Alex Rodriguez "mine" incident. He'll also retell the story of Game 5 of the 2015 ALDS to his kids for the next 20 years.
Tags : Damaso Garcia     Flashback Friday 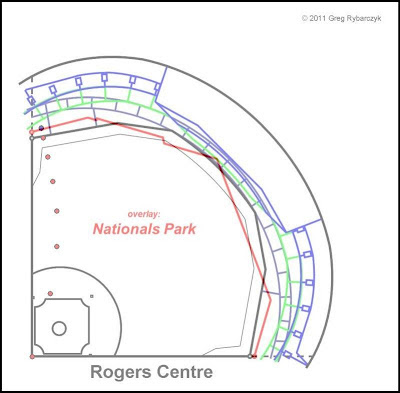 Clash of the Titans: Bautista vs. Strasburg