Baseball may be celebrated America’s past time, but there was a time each year when Canada took ownership of Uncle Sam’s sport and called it their own. For this week’s Acid Flashback Friday, we take a look back at the Pearson Cup.

Today’s generation of Blue Jays fans (myself included) may not know very much about the rivalry of the Blue Jays and the Expos, but the Person Cup was living proof of the competition between Canada’s only baseball teams.

The game itself was more about bragging rights, as the Pearson Cup game was an exhibition affair played each season from 1978 to 1986. The Blue Jays and Expos would get together when there was a break in the schedule, and the game was to help raise money for Canadian minor league baseball.

Oddly enough, Bud Selig is probably the one to thank for the Pearson Cup coming back to fruition. His invention of Interleague play in 1997 rekindled the Blue Jays/Expos rivalry as they met in Interleague games. However, the Pearson Cup did not officially return until 2003.

Rather than just have a “winner take all” exhibition game, the Pearson Cup was expanded to a three game home and home regular season series. The Blue Jays won the first series in Montreal 2 games to 1, and then dropped 2 of 3 at home in Toronto.

With both teams claiming a 2-1 record, the 2003 Pearson Cup stood as a draw. So I guess that meant the Blue Jays and Expos shared custody of the trophy, no word on whether the Blue Jays got to take it Mondays to Wednesdays and every other weekend.

In 2004 the Pearson Cup results were a little different, but ultimately both teams had the exact same outcome. This time the Blue Jays won 2 of 3 at home but only won one game during the Expos “home” series. I put home in quotation marks because that series was played in San Juan, Puerto Rico.

The reason given for shifting the Pearson Cup series from Montreal to Puerto Rico was baseball wanted to attempt to increase attendance in San Juan. All three games failed to draw more than 9,000 fans per game and grossed a mere 25,300 fans that weekend.

In retrospect, it’s no wonder the Pearson Cup series bombed in 2004. Sending two basement-dwelling teams to duke it out in Puerto Rico was just a bad PR move. Had MLB brought in higher marquee teams like the Yankees or Red Sox, perhaps the results would have been different.

Not to mention, both the Toronto Blue Jays and Montreal Expos played on Canada Day during that series on foreign soil, with not a Tim Hortons or bag of ketchup chips in sight. For shame!

So after the debacle in San Juan, the Blue Jays and Expos tied for the second straight year, with both 2-1 records. And that would be the final Pearson Cup series as the Montreal Expos folded up shop and moved to Washington the next season.

If you’re wondering where the Pearson Cup is all these years later, it resides at the Canadian Baseball Hall of Fame in St. Marys, Ontario as a storied piece of Canadian baseball history.

Thanks to @DarellEats for this week’s Acid Flashback Friday suggestion. If you have anything from Blue Jays yesteryear  please send your suggestion to bluejayhunter@gmail.com.

Ian Hunter
Ian has been writing about the Toronto Blue Jays since 2007. He enjoyed the tail-end of the Roy Halladay era and vividly remembers the Alex Rodriguez "mine" incident. He'll also retell the story of Game 5 of the 2015 ALDS to his kids for the next 20 years.
Tags : Acid Flashback Friday     Canada Day     Montreal Expos     Pearson Cup
Previous post

Come What May for Morrow 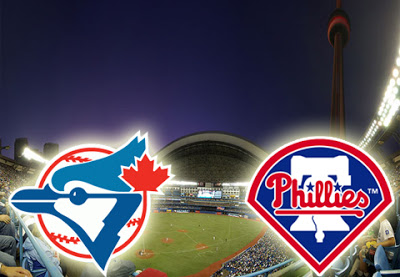 Phillies Preview with Crashburn Alley, The Fightins and Zoo with Roy