Standing at 6 feet and 5 inches, he literally is one of the longest men on the roster. Although he once enjoyed success as a starting pitcher, maybe he could be reincarnated as a long relief man.

I’m talking about Scott Richmond; yes the Scott Richmond we all fell in love with after his amazing start to the 2009 season. It’s been a rough go since then, but Scotty isn’t done yet … not by a long shot.

Last June, I explored where Scott Richmond could fit in on the crowded roster. As Spring Training continues and the starting rotation begins to take shape, I’m thinking more and more that having him as a relief pitcher is a viable option.

It’s no secret that Scott’s career splits against right-handed hitters are great (.214 AVG), but versus left-handers it’s a different story (.312 AVG). This wouldn’t necessarily mean Richmond would be used as as ROOGY, but he could definitely fill the role that Brian Tallet used to occupy.

While the injuries continue to pile up in Spring Training, it’s apparent the Blue Jays may need to dip a little further into the talent pool than anticipated when assembling the 25 man roster. Scott Richmond would be a perfect candidate not only as a long man, but as an emergency spot starter as well.

As it currently stands, Kyle Drabek, Jesse Litsch and Marc Rzepczynski are all favourites to win the final two starting spots up for grabs. However, plans can change very suddenly when injuries come into play.

All it takes is a chicken breast cutting incident or a line drive off the finger to change the entire plans of the starting rotation. Just ask Brett Cecil or Marc Rzepczynski who can attest to those freak accidents first hand.

Even if there isn’t room for Scott Richmond in the starting rotation, he could always break camp as a reliever. If the Jo-Jo Reyes experiment doesn’t pan out, I’d say Richmond is one of the next in line to make the cut.

Plus, if Scott Richmond continues to pitch as effectively as he did in his Grapefruit League debut on Saturday, the Blue Jays will have a very tough time making an argument to leave him off the roster, whether it’s as a starter or a reliever.

When the dust settles, perhaps the door has closed for Richmond to return to the Blue Jays starting rotation, but a window has definitely opened for him to belong in the bullpen.

Ian Hunter
Ian has been writing about the Toronto Blue Jays since 2007. He enjoyed the tail-end of the Roy Halladay era and vividly remembers the Alex Rodriguez "mine" incident. He'll also retell the story of Game 5 of the 2015 ALDS to his kids for the next 20 years.
Tags : bullpen     Scott Richmond     Spring Training 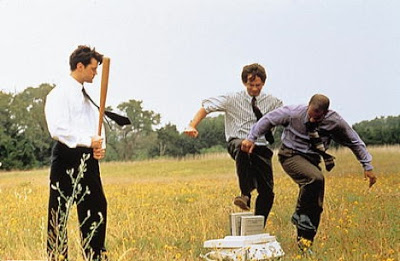 Case of the Mondays Musings 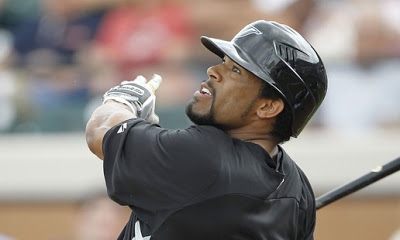 A Thing For Eric Thames