Roberto Alomar is Vindicated in Vote for Hall of Fame

It may have come a year late, and despite all the controversy and heartache,
it was certainly worth the wait.

Roberto Alomar was finally vindicated and received his vote into the Baseball Hall of Fame. It should come as no surprise that Alomar received a resounding 90 percent of the vote, surpassing the 73.7 percent he garnered last year.

I think some voters either realized the error of their ways in not voting for Roberto Alomar last year, or their colleagues convinced them to change their mind. Either way, a vote is a vote, and now the very first Toronto Blue Jay player will officially enter Cooperstown this summer.

Robbie had some of his best years in Toronto, and admittedly I often overlook his incredible seasons afterward in Baltimore and Cleveland. He played in tandem on the middle infield with Cal Ripken Jr. and Omar Vizquel, combining to become some of the best defensive duos of their era.

Not only did Alomar make back to back playoff appearances in 1992 and 1993 with the Blue Jays, he was part of the Baltimore Orioles squad which made two straight appearances in the ALCS, not to mention trips to the postseason in 1999 and 2001 with the Indians.

During is time as a Blue Jay, Roberto Alomar amassed a total WAR of 17.4. In nine seasons following his tenure in Toronto, he was worth 34.6 wins above replacement, which averages out to about 3.84 WAR per season.

All of these accolades considered, you can see why the writers had an extremely tough time make a convincing argument to not vote for Roberto Alomar.

It’s been a long time coming, but it’s great to know that Roberto Alomar will finally get his due and hopefully we’ll get to see him on a plaque in Cooperstown wearing a Blue Jays cap.

Ian Hunter
Ian has been writing about the Toronto Blue Jays since 2007. He enjoyed the tail-end of the Roy Halladay era and vividly remembers the Alex Rodriguez "mine" incident. He'll also retell the story of Game 5 of the 2015 ALDS to his kids for the next 20 years.
Tags : Baseball Hall of Fame     Roberto Alomar
Previous post 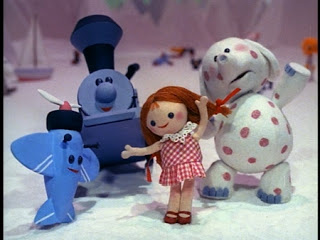 The Bullpen of Misfit Arms