3 Up 3 Down: Hutchison, Tulowitzki and Valencia

It’s not often that winning one out of three games feels like a series win, but in many ways … this one did.

Sure, the Blue Jays dropped two of three to the New York Yankees, but they emerged from this series only a half game back of New York for first place.

Saturday’s 4-1 loss was really the only game of the set that felt like it was out of reach for the Blue Jays, and other than that, it was a really great weekend of baseball between the Blue Jays and Yankees.

Friday’s 4-3 loss was arguably the best game of them all, as Troy Tulowitzki’s epic at bat against Andrew Miller provided one of the biggest moments of the entire season for the Blue Jays.

Toronto may have entered the series as division leaders and exited in second place, but there’s still plenty of baseball left to play; and these three games may have been an exciting glimpse into what to expect from these two clubs down the stretch.

Hutchison Not Out of the Woods Just Yet

Update: Drew Hutchison has been optioned to the Triple A Buffalo Bisons.

After yesterday’s taming of the Yankees, make that two consecutive quality starts for Drew Hutchison (mind you, both have been at home). Hutchison has been on a very short leash as of late, and despite a recent string of success, I wouldn’t say he’s out of the woods just yet.

It’s clear the club has become especially mindful of Drew Hutchison’s disastrous home/road splits, and they’re manipulating the rotation to protect him from any potential starts on the road. Or at the very least, starts on the road against good teams.

Richard Griffin suggested the Blue Jays may look at sending Drew Hutchison down to Buffalo in the meantime to keep him on his regular schedule. With three off-days over the next week, the schedule certainly lends itself to skipping Hutchison wherever possible.

I tend to agree with Griff here; with the bevvy of off-days, it just makes too much sense and only benefits the team to option Hutchison to Buffalo until his next turn in the rotation comes up.

Some might say it’s a bit of a shrewd way to manipulate a roster spot, but if anything, I think a move like this might only motivate Drew Hutchison to pitch that much better. How many times have we seen guys come back from the minors and play with a chip on their shoulder?

Is There Trouble With Tulo?

Just under three weeks ago, Troy Tulowitzki made his thunderous Blue Jays debut at the Rogers Centre. But in his subsequent games in a Blue Jays uniform, Tulo has drawn some criticism as he’s struggled at the plate since coming over to Toronto.

In defense of Troy Tulowitzki, he’s playing in an entirely different league and facing pitchers he very rarely has a chance to see. Which means he’s had to make a lot of adjustments coming over from Colorado.

Yes, he’s only hitting .219 in 17 games as Blue Jay, but he’s also getting on base at a .333 clip. Overall this season, Blue Jays’ leadoff hitters have an .319 OBP, so Troy Tulowitzki’s results (in a small sample size) have actually been better than the Jays’ previous leadoff hitters.

He may not be swinging the bat well at the moment, but he’s still drawing walks. As evidenced by Friday night’s epic at bat against Andrew Miller, Troy Tulowitzki is forcing opposing pitchers to throw lots of pitches.

Why exactly would a team DFA a guy like Danny Valencia who was hitting .296/.331/.506 and worth 0.7 WAR in 58 games? We are beginning to get a clearer picture as to why the Blue Jays may have let Valencia go in the first place.

No doubt, the Blue Jays had some difficult roster decisions to make just a few weeks ago, but the Danny Valencia DFA was the one that was probably met with the most scorn. As Steve Simmons indicates, perhaps it had nothing to do with performance:

The truth is, regardless of the rumours about his supposed off-field antics, the Blue Jays didn’t really have much room on the roster for Valencia anyway; he was a lefty masher, but the Blue Jays already had plenty of those, let alone corner infielders.

What the Blue Jays really needed was veteran middle infield depth, preferably with a bit of speed, and a player with ability to field several positions in a better-than-average capacity. Danny Valencia simply did not fit that profile, but Cliff Pennington does.

Many of the moves the Blue Jays made at the trade deadline were to make the team better defensively, and although he was a plus bat, Danny Valencia did not provide an upgrade at any position defensively.

Plus, add in any potential rumblings of him not getting along with teammates or clubhouse personnel, and that may have been all the Blue Jays needed to send Valencia on his way.

On camera, Danny Valencia appeared to be quite charismatic and was the consummate team player, but the fact remains that Valencia is now with his fifth organization in four years. That may tell you everything you need to know about the Valencia situation.

I will say this; whether it was roster-related, performance-based, or something else entirely, the Blue Jays must’ve had a very good reason for designating Danny Valencia for assignment. We may never know what that was, but I trust it was the right reason.

Ian Hunter
Ian has been writing about the Toronto Blue Jays since 2007. He enjoyed the tail-end of the Roy Halladay era and vividly remembers the Alex Rodriguez "mine" incident. He'll also retell the story of Game 5 of the 2015 ALDS to his kids for the next 20 years.
Tags : Danny Valencia     Drew Hutchison     Troy Tulowitzki 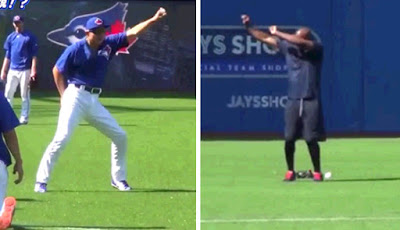 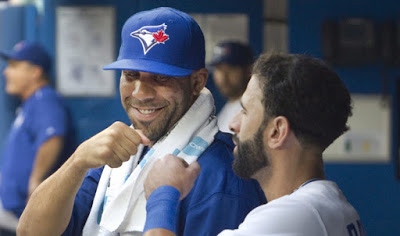