We all know Jose Bautista had a MVP caliber season in 2010: well … now he’s starting to be awarded like a Most Valuable Player.

Bautista picked up the first of which I’m sure are many more awards to come after he was named the recipient of the Hank Aaron Award. It honours the best offensive players in each league, and are decided upon by the fans, and current hall of famers.

As the accolades start to roll in for Bautista, it will likely increase his value in the eyes of the arbitrators if and when the Blue Jays go to arbitration with him in the coming months.

The only issue I have with Jose Bautista was his tie selection. It’s difficult to gauge exactly what the pattern is, but from afar it looks like a collage of baseballs. Joey Votto on the other hand looked very GQ is his basic black & white ensemble.

I can’t really knock Jose Bautista though since he hit 54 home runs, he can pretty much wear whatever the hell he wants. Congratulations Jose and keep those awards coming!

Ian Hunter
Ian has been writing about the Toronto Blue Jays since 2007. He enjoyed the tail-end of the Roy Halladay era and vividly remembers the Alex Rodriguez "mine" incident. He'll also retell the story of Game 5 of the 2015 ALDS to his kids for the next 20 years.
Tags : Hank Aaron Award     Joey Votto     Jose Bautista 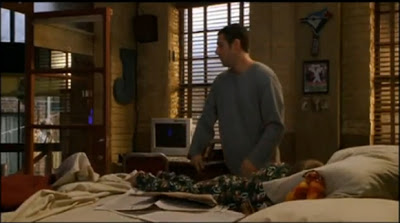