First off, congrats to Steve Perry and the San Francisco Giants on becoming the 2010 World Series Champions. Not many people outside of the Bay Area expected the Giants to win it all this year, and that just goes to show you that essentially the regular season means nothing once it comes to October.

I think in looking at the 2010 San Francisco Giants, fans of the Toronto Blue Jays can seek solace in the fact that the Giants weren’t a team one would regard as “stacked” like the New York Yankees.

Instead, the Giants were comprised of the proverbial “Island of Misfit Players” featuring many role-players that stepped up when they needed to.

Brian Sabean will be heralded for constructing this winning roster, but he wasn’t impervious to some bad contracts. He may be the World Series MVP, but the fact remains the Giants paid a 35 year old Edgar Renteria $9 million dollars to play shortstop this season.

Sabean was also the genius who signed Aaron Rowand to a 5 year/$60 million dollar contract. And then of course, there’s the man who was left off the playoff roster entirely: Barry Zito. He’ll get a ring this year as well, but it cost the Giants $18.5 million.

I’m not sure exactly what I’m trying to say here, but I think the message I’m attempting to convey is that despite all these bad deals the Giants have on the books, they still somehow managed to win the World Series.

As a whole, the San Francisco Giants organization took some swings and missed on a couple contracts, but the only way to hit the ball is to swing for the fences.

With cost-cutting measures over these past few seasons in Toronto, as fans I think we’ve become accustomed to the Blue Jays keeping a low payroll and not making big splashes in the free agent market.

While that strategy seems to be working, the only way to kick it into overdrive is to spend. That means going after top-quality free agents and willing to pay and in some cases even overpay for them. Because at the end of the day, it’s just money … right?

As this organization has done in the past with the likes of B.J. Ryan and Frank Thomas, contracts have been cast aside. I know this new regime is a little gun shy of delving out big deals to free agents, but I’m afraid it’s something that needs to be done if the Blue Jays are going to make headway within the next 5 years.

It’s not like the cash being saved on salary each year is being put into a jar and is going towards the next season’s payroll. With the Tampa Bay Rays cutting payroll and set to have an off-season fire sale, the window of opportunity within the American League East will only be open for a limited time.

It might be the 12-year old kid in me who discovers a blank cheque, but I say spend it like you stole it. The San Francisco Giants did … and it won them a World Series.

Ian Hunter
Ian has been writing about the Toronto Blue Jays since 2007. He enjoyed the tail-end of the Roy Halladay era and vividly remembers the Alex Rodriguez "mine" incident. He'll also retell the story of Game 5 of the 2015 ALDS to his kids for the next 20 years.
Tags : San Francisco Giants     Toronto Blue Jays     World Series
Previous post 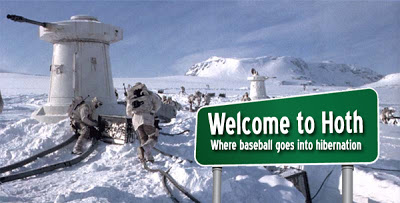 May the Hot Stove Keep Us Warm This Winter